Africa: President Biden Announces His Intent to Nominate Mary Catherine Phee to be Assistant Secretary of State for Africa 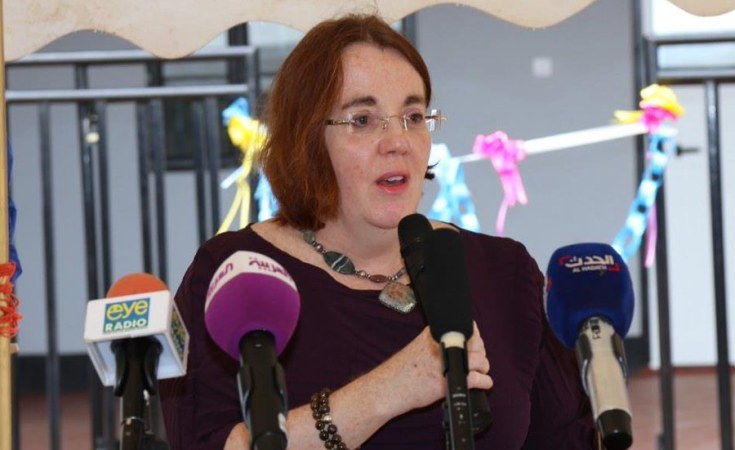 @USMissionJuba
Molly Phee in Juba in 2017 while she was U.S. Ambassador to South Sudan
The White House (Washington, DC)
document

Washington, DC — Today, President Joe Biden announced his intent to nominate: Mary Catherine Phee, Nominee for Assistant Secretary of State for African Affairs and to be a Member of the Board of Directors of the African Development Foundation

Mary Catherine Phee, a career member of the Senior Foreign Service with the rank of Minister Counselor, currently serves as Principal Deputy Special Representative for Afghanistan Reconciliation at the State Department.

READ:  Statement of Mary Catherine Phee - Nominee to be Assistant Secretary of State for African Affairs

Previously, she served as Deputy Chief of Mission at the U.S. Embassy in Addis Ababa, Ethiopia, and as Chief of Staff in the Office of the Special Envoy for Sudan and South Sudan.  She also was the Acting Assistant Secretary of State for International Organization Affairs and Deputy Security Council Coordinator at the U.S. Mission to the United Nations, handling UN engagement in Africa for both portfolios.

Earlier in her career, Phee served as Director for Iraq at the National Security Council and as Senior Civilian Representative of the Coalition Provisional Authority to Maysan Province, Iraq.  She began her career in Amman, Jordan and also worked at U.S. Embassies in Cairo, Egypt and Kuwait City, Kuwait.

She received the Robert C. Frasure Memorial Award for conflict resolution and peacemaking, the James A. Baker, III-C. Howard Wilkins, Jr. Award for Outstanding Deputy Chief of Mission, the Secretary of Defense Meritorious Civilian Service Award, the Order of the British Empire Award, and a Presidential Rank Award.  She speaks Arabic.  A native of Chicago, she is a graduate of Indiana University and holds a Master's degree from the Fletcher School of Law and Diplomacy at Tufts University.

Tagged:
Copyright © 2021 The White House. All rights reserved. Distributed by AllAfrica Global Media (allAfrica.com). To contact the copyright holder directly for corrections — or for permission to republish or make other authorized use of this material, click here.