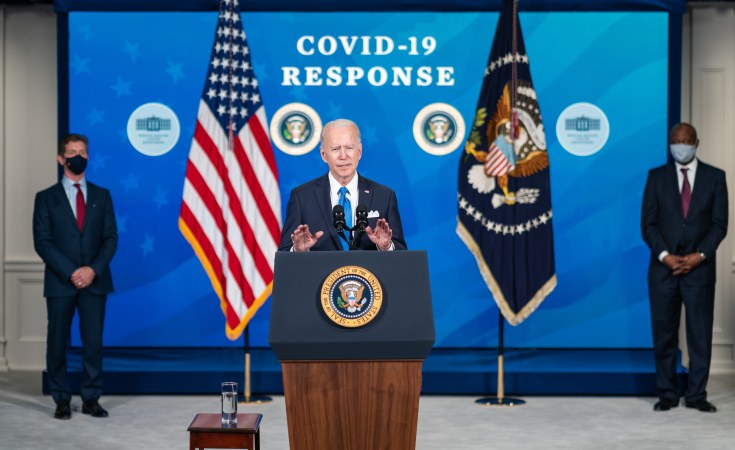 AIDS Healthcare Foundation (AHF) today called on U.S. President Joseph R. Biden to support the temporary waiver of patent rights for COVID-19 vaccines as currently proposed at the World Trade Organization (WTO). The Indian and South African governments, along with 175 former heads of state and governments, WTO member states, and Nobel laureates are calling on Biden to support the waiver that would relax patent rules in order to boost vaccine supplies for the world.

“We are repeating the tragic errors that happened with HIV when the world delayed for ten years the distribution of safe and effective HIV treatment to low- and middle-income countries while people living with HIV in developed countries enjoyed the benefits of life-saving treatment. Millions of people with HIV died needlessly,” said Terri Ford, Chief of Global Policy & Advocacy for AHF.

Every day that the United States, the European Union, the United Kingdom, Canada and other high-income countries block this temporary waiver is another victory for the virus. Lethal mutations and variants of this deadly virus will take hold and spread like wildfire across the globe to unvaccinated populations. Granting the waiver will accelerate vaccine production and distribution. Many governments have pleaded with the drug industry to grant waivers for local production and have been told ‘no.’

In blocking this temporary patent waiver, the pharmaceutical industry’s hired guns have their foot on the necks of billions of people around the globe who are at risk for infection. “Mr. President, approve the patent waiver now!” said Ford. “Relying on the current geographically concentrated drug industry controlled global production and supply system will guarantee a devastating result for billions of people and will result in a never-ending pandemic.”

According to the advocacy group Progressive International:

About AIDS Healthcare Foundation (AHF), the largest global AIDS organization, currently provides medical care and/or services to over 1.5 million people in 45 countries worldwide in the US, Africa, Latin America/Caribbean, the Asia/Pacific Region and Eastern Europe. To learn more about AHF, please visit our website: www.aidshealth.org, find us on Facebook: www.facebook.com/aidshealth and follow us on Twitter: @aidshealthcare and Instagram: @aidshealthcare.

Read the original article on AHF.

Previous Story
Should the Biden Administration Help Vaccinate the World Against Covid-19?
Next Story
How to Get Covid-19 Vaccines to Poor Countries - and Still Keep Patent Benefits for Drugmakers

Should the Biden Administration Help Vaccinate the World Against Covid-19?

Next Story
Tagged:
Copyright © 2021 AIDS Healthcare Foundation. All rights reserved. Distributed by AllAfrica Global Media (allAfrica.com). To contact the copyright holder directly for corrections — or for permission to republish or make other authorized use of this material, click here.