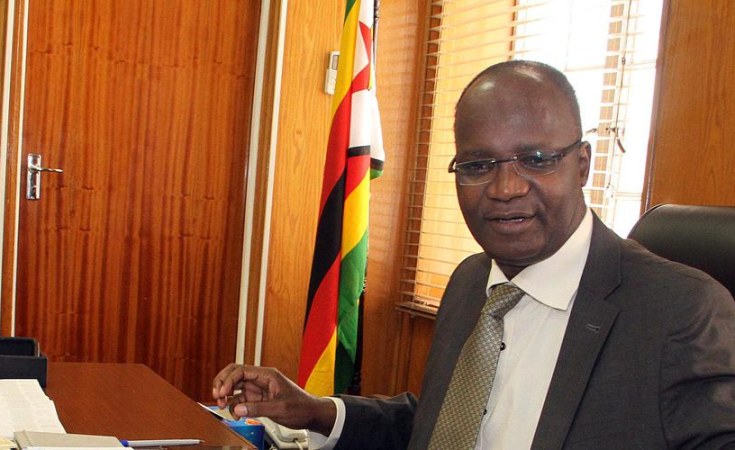 Exiled former cabinet minister Jonathan Moyo says those who took part in the early 1980s civilian massacres in Matabeleland and Midlands provinces should face justice for the crimes.

An estimated 20 000 civilians died in the hands of the Zimbabwean military which had been deployed from 1982 to 1987 by then Prime Minister Robert Mugabe's government ostensibly to hunt down some army deserters who were sympathetic to then opposition rival and former Vice President Joshua Nkomo.

Despite massive evidence of the brutalities in the period now commonly referred to as Gukurahundi, government has blocked any attempts to revisit the dark era, which Mugabe once described during Nkomo's burial 1999 as a "moment of madness".

However, addressing a Zoom discussion on the topic, "Zimbabwe At 41 years: Finding a Lasting Solution to the Gukurahundi Genocide", Moyo said there was need to accord justice to the victims, hold the perpetrators accountable and allow the affected communities to reconcile and to heal.

The discussion was organised by Centre for Innovation and Technology (CITE).

Moyo said Zimbabweans should ask themselves why a lasting solution has not been found some 34 years since the brutalities were brought to a stop on the signing of the 1987 unity accord between Mugabe's Zanu and Nkomo's PF Zapu.

"... This problem which should have been resolved 34 years ago is still on the back of our body politic.

"So, the national question as we seek to unpack the search for lasting solutions should be, why is it that we have not been able to solve this problem for this long and why is it necessary that we look for a solution, a lasting solution."

Moyo said it was strange how a constitutional democracy such as that of the country and the unity accord failed to resolve the emotive matter.

He said "we must find a lasting solution in order to hold accountable the perpetrators of Gukurahundi, that is a necessary consequence of justice".

"You cannot have justice... without holding accountable the perpetrators of that genocide," said the former Tsholotsho legislator.

"I know the people who jump up the moment they hear the term accountability, and they jump up in a manner that reminds us of the old adage that the guilty are always afraid.

"And they assume all sorts of implications as to what kind of justice and accountability people are looking for or what accountability means but I am not having and I don't have in mind a particular form of accountability, save to say that it is necessary to hold the perpetrators of genocide accountable."

Moyo added, "It could mean and it should mean affording them due process but with all the consequences that come with it, it might mean jailing them, it might mean requiring them to tell the truth as part of the justice process, whatever it means is an important detail out of a process.

"Their wounds have remained open for 34 years but as I have said, in general for 41 years, only a lasting solution can bring closure to their wounds.

The Emmerson Mnangagwa led government has in the past months been trying to reach out to communities in the affected areas to have remains of some of the victims exhumed and reburied in a dignified way.

But this has not been without resistance from activists in Matabeleland who felt authorities were jumping the gun and trying to conceal evidence.