Burkina Faso: In Death, Sankara Marches From Victory to Victory 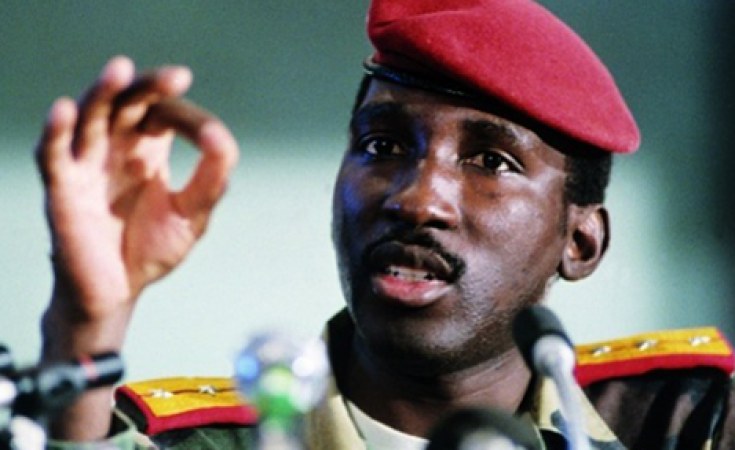 The first time I saw Blaise Compaoré was at the African Union, AU, Heads of State Summit that held in Addis Ababa in 2013. At that time, at 62, he had been Burkina Faso President for 26 years, but was little respected. He slunk around like a defeated man. He had not only betrayed his predecessor Captain Thomas Sankara who had implicit trust in him, he had also tried to abort the African dream. He seemed isolated and already condemned by history. He was one of those infernal characters in history who hid a Brutus dagger in his cloak to stab the trusting Julius Caeser.

Compaoré was like a walking corpse, and people seemed to avoid him. Who will not avoid a Judas who was willing to pump over a dozen bullets into his master for a few shekels of silver? History had already condemned him; he merely awaited the weighty sentence which was sure not just to sink him and his family, but also his fellow collaborators.

Surely, Compaoré is a cold and infernal man with no compunction. Some years earlier, I had visited Burkina Faso as part of a delegation of African Labour leaders. We did not contact any government official or institution, rather we went to the press centre to learn more about the circumstances leading to the murder of investigative journalist, Norbert Zongo. He was a thorn in the flesh of the Compaoré regime and was investigating the December 1997 suspicious disappearance and possible murder of Mr. David Ouedrago, driver of Compaoré's brother, Francois, who was accused of stealing from his boss.

After being warned to get off the case and receiving death threats when he refused, the charred remains of Zongo, his brother, Yembi Ernest Zongo, fellow journalist, Blaise Iiboudo and his driver, Abdouleye Ablasse Nikiema, were found on December 13, 1998 in his burnt out jeep. They had been shot before being burnt. After intense public pressure and protests, five members of Compaoré's Presidential Guard were tried and later convicted for these murders.

Back in 1983, there were two other officers, Jean-Baptiste Lingani and Henri Zongo who along with Sankara and Compaoré led the new government. The three-some conspired on October 15, 1987 to assassinate the 37-year-old Sankara, but two years later, Compaoré executed his fellow traitors for alleged coup plotting. But history was not too long in catching up with Compaoré whose hands were dripping with the blood of innocent Burkinabe. He had become the Judas Iscariot of our time and after 27 years as President, the Burkinabe rose up as one body and army, to chase him out of power and the country. He fled, just a step ahead of a peoples' righteous anger.

Compaoré had all the power he could ever have wanted and the wealth he could accumulate, but like a man who swallowed a pestle, he could neither sit nor stand. He was like a man who head-butted a bee colony without wearing any protective clothing, not out of insanity, but because his colonial masters, intent on once again aborting the African dream, directed him to do so without thinking through the implications.

This week Tuesday, April 13, 2021, thirty four years after he assassinated Sankara, the Military Tribunal in Ouagadougou indicted Compaoré for the assassination of Sankara, the attack on state security, complicity in murder and concealment of corpses. He may be tried in absentia having fled to Cote d'Ivoire in 2014 and tried to avoid trial by naturalising as an Ivorien. Although an arrest warrant has been issued, it is unlikely the conniving Ouattara government will extradite him. But Compaoré has no hiding place, he is an internally troubled mind who will have no respite, at least on earth.

Sankara emerged from some of the unlikeliest circumstances in history; from one of the poorest countries on earth, and a neo-colonial army trained to be anti-people and pro-imperialist. He was like a flower sprouting in a field of thorns. He was Prime Minister in the regime of Colonel Saye Zerbo but resigned over principles. The latter quickly put Sankara under house arrest from which he emerged to be President.

The Sankara government which was in power for four years, vaccinated 2.5 million children against meningitis, yellow fever and measles within weeks and increased the literacy rate from 13 percent in 1983 to 73 per-cent in 1987. It built scores of schools and hospitals, including pharmacies in 5,384 villages. Within two years, the infant mortality rate dropped from 208 per 1,000 births to 145.

Sankara argued that: "He who feeds you, controls you." To make the country food self-sufficient, he took arable land from the elite and gave them to subsistence farmers, thereby significantly improving food production and making the country mainly self-sufficient. Also, his government planted over 10 million trees to combat desertification, and suspended rural poll taxes. He distanced the country from the International Monetary Fund, IMF and World Bank, preferring to mainly utilise local funds. This he did in building an urgent 62-kilometre rail between 1985 and 1987 to link Cote d'Ivoire.

Sankara also outlawed female circumcision, forced marriages and polygamy and appointed women into top political positions reinforcing his belief that there can be no real social revolution without the liberation of women. His government established Popular Revolutionary Tribunals which tried the corrupt. As President, he earned the equivalent of $450, drove an old Renault car and obeyed traffic rules, including stopping at traffic lights.

His government changed the country's name from Upper Volta to Burkina Faso, meaning: "The land of the upright man". He was a talented guitarist and musician who composed his country's national anthem. Compaoré and the French intelligence who eliminated Sankara merely killed his physical being, but like the legendary John Brown, his soul marches on from victory to victory. Like Kwame Nkrumah, local lackeys and their pay masters overthrew him, but his ideas cannot not be overthrown; they live on, guiding all who want to rebuild a brutalised continent and give its people hope and confidence. Letting them realise that like other peoples, the Black people, who are as endowed as other races and whose lives matter, can reshape their world and the world in which we live.

Sankara was like young Patrice Lumumba, cut down by the bullets of criminals in uniform he had tried to transform their lives. Today, he has transformed into an ancestor watching over the African people. On the other hand, Compaoré like Mobutu Seseseko who murdered Lumumba, would slip into oblivion; remembered only when used as an example of what betrayal means. The young Captain Thomas Sankara in death, has joined the pantheon of the gods of liberation, marching from victory unto victory. 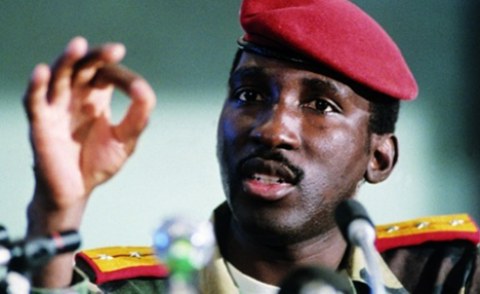 Sankara Case Referred to Burkina Faso Court 33 Years Later
Tagged:
Copyright © 2021 Vanguard. All rights reserved. Distributed by AllAfrica Global Media (allAfrica.com). To contact the copyright holder directly for corrections — or for permission to republish or make other authorized use of this material, click here.