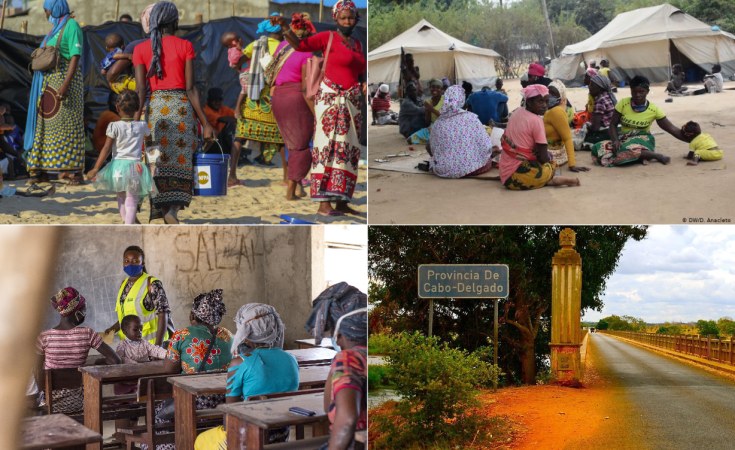 New fighting has broken out in Mozambique's northern town of Palma, some three weeks after an attack by hardline Islamist militants killed dozens of people and displaced thousands from their homes.

"The situation is under control," a military commander told AFP news agency, describing how shots were fired.

Another security source in Maputo, also speaking on the condition of anonymity to AFP, described simultaneous attacks in a village in Mueda, in Pundanhar and Palma, all in Mozambique's Cabo Delgado province.

The attack against Palma on 24 March marked an escalation of an insurgency led by fighters from an Islamic State-linked group. The province has been the scene of violence and attacks over the past three years.

Mozambique President Filipe Nyusi has tried to quell concerns, announcing last week that fighters had been repulsed from Palma, with the army saying a large number of jihadists had been killed.

But then last weekend, local police said a resident who had gone back home after fleeing the attack turned up beheaded, presumably killed by the hardline Islamist fighters.

According to the UN, some 700,000 people have been displaced by fighting and non-governmental organisation ACLED had already said that some 2,600 people had been killed in violence before the attack.

The UN children's agency, Unicef, has warned that hundreds of children were separated from their families following March's attack, while thousands are suffering from malnutrition.

The World Food Programme said earlier this week that 950,000 people are now hungry in Mozambique and it needs some US$82 million to deal with the crisis.

Some analysts have questioned the purported links between the insurgents in Cabo Delgado province and the Islamic State group, with suggestions that foreign powers have an interest in promoting such links to justify military intervention.