Malawi Orders All Refugees Back Into Camp Within 14 Days 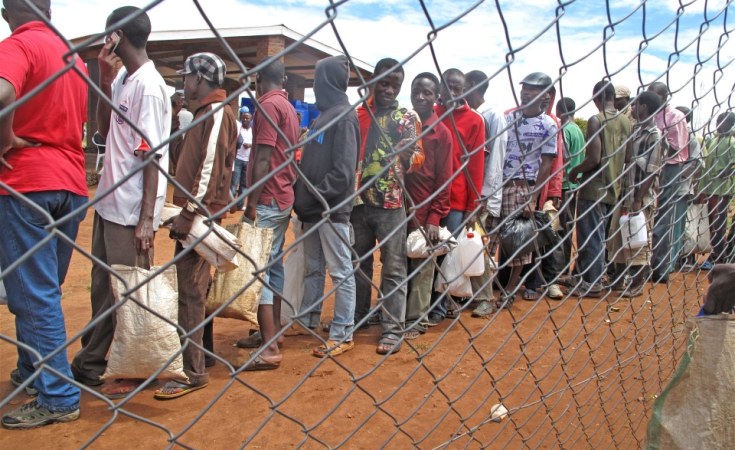 Blantyre, Malawi — Malawi's government has given refugees and asylum seekers who have left the country's only refugee camp, Dzaleka, 14 days to return to the camp or face eviction.

Malawi's homeland security minister made the announcement Friday at a news conference in the capital, Lilongwe. He said about 2,000 refugees who currently are living among the communities outside the camp pose a danger to national security. But rights campaigners warn the government must implement the order while being careful to avoid stirring up resentment in communities against the refugees.

A Burundian refugee, Jean Nduwimana, who asked her real name not be used, left the Dzaleka refugee camp five years ago to start a shop in the Ntcheu district, where she sells handmade goods.

She said the decision followed pressure from her Malawian customers, who would travel long distances to the refugee camp to buy baskets, bags, necklaces and jewelry from her.

She said, "Almost 100% of my customers were Malawians. So, customers asked me to open a shop in their area because there was no shop like mine in there."

Nduwimana, a single mother of three, said a return to the refugee camp would negatively affect her livelihood and would not be good for those who rely on her shop.

Nduwimana is among 2,000 refugees who have settled elsewhere and are operating businesses in various part of Malawi.

Homeland Security Minister Richard Chimwendo Banda told a press conference Friday that is against the government's Encampment Policy, which prohibits refugees from operating business outside a refugee camp.

He also said by living outside the camp, the refugees threaten national security.

"We have given them notifications and we are working hand in have with all departments, including UNHCR, just to make sure that there is a peaceful transition and that they understand what is happening," Chimwendo Banda said.

Raphael Ndabaga, a refugee from the Democratic Republic of Congo and director for the Volunteer Social Workers organization at the Dzaleka refugee camp, says the refugees cannot object to the government's decision, but he is worried about overcrowding at the already-congested camp.

"At first Dzaleka was a place to only 10,000 to 15,000 people, but currently as we are talking, Dzaleka accommodates more than 48,000 people. It is already congested. So, bringing those people back again, its alike [to] congesting the camp in another aspect," Ndabaga said.

Michael Kayiyatsa, the executive director for Center for Human Rights and Rehabilitation, says the government decision is likely to trigger violence against the foreigners.

"And we have seen before that there have been conflicts between local communities and refugees especially from Burundi who are doing business in the cities. So, this will embolden them to say, 'OK, now this is time to get rid of our business competitors,'" he said.

Kayiyatsa has asked the government to rescind the decision because he says there is no proof the refugees living outside the camp are posing a threat to national security.

"We think government should ratify the refugee protocol so that refugees in Malawi should be able to work [outside the camp], seek employment as in other countries, because currently, the law in Malawi bars refugees from working," Kayiyatsa said.

The spokesperson for the United Nations High Commissioner for Refugees in Malawi, Rumbani Msiska, says the agency has no immediate comment on the matter.