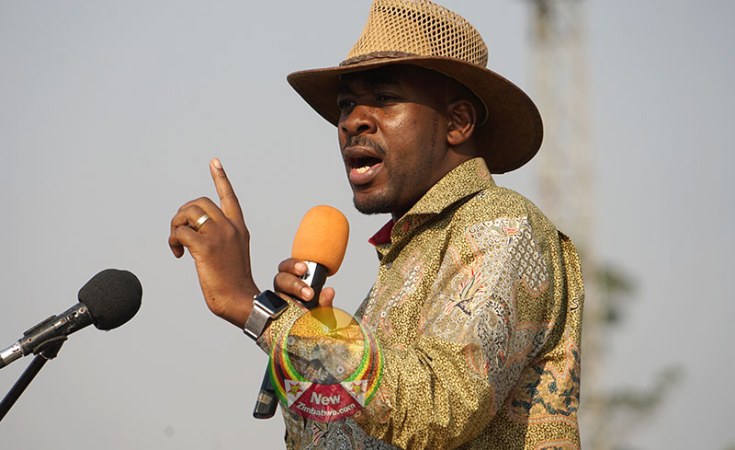 The opposition leader said despite four decades of independence, the nation was still being confronted with the Zanu PF minority system based on "brutality, marginalisation and discrimination, impunity and persecution using the Rhodesian manual or template of repression".

"We run the risk of being a breeding ground for radicalization in the context of rising extremism, lessons should be learnt from the situation in Mozambique," Chamisa said.

Worsening fighting in Mozambique's Cabo Delgado province has displaced some 700 000 people and killed more than 2 500 amid attacks by an armed group known locally as al-Shabab, whose origins, analysts say, are steeped in local political, religious and economic discontent.

He urged citizens to be inspired by the spirit of independence to keep on fighting against repression while displaying the same spirit shown by equally young Zimbabweans who stood up against the colonial regime when all seemed impossible.

Said the opposition chief, "At 41, the continued assault on the opposition MDC Alliance as a party that represents multiparty democracy is also evidence that our country is on a dangerous path to entrenchment of a one-party state.

"As we speak, Last Tamai Maengahama and Tungamirai Madzokere have been in prison for years for a crime they did not commit, on top of two years of pretrial detention.

"Makomborero Haruzivishe is serving 14 months in prison for sitting down and whistling."

He bemoaned the lack of political tolerance highlighting that draconian laws like the Patriot Act and the Cyber law alongside amendments to the national Constitution are sailing through parliament in a fashion of scheming against each other instead of planning together for a greater Zimbabwe.

Chamisa bemoaned that after 41 years of independence, the World Bank estimates the number of extremely poor Zimbabweans was around 7, 9 million as of December 2020. This is almost half the national population.

He said poverty in Zimbabwe has increased by 21% in the last decade, becoming the highest level in recorded history with extreme poverty standing at 40% of the population.

"Our answer lies in us all answering to the CONVERGENCE CALL. The call for a new national consensus that entails the convergence of all citizens for real change and national transformation. Today is a day for introspection. Zimbabwe must unite, converge and rediscover itself," added Chamisa.

The Zanu PF led government however continues to blame much of the crisis on the effects of Western imposed sanctions on the country.