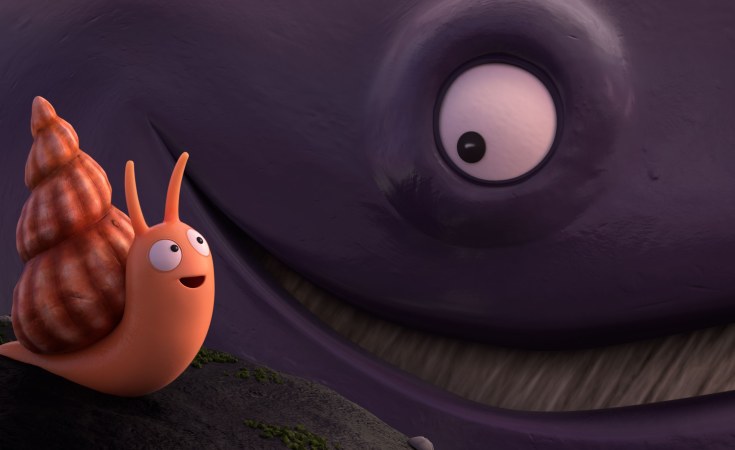 The Snail and the Whale, directed by Max Lang and South Africa’s Daniel Snaddon, has won the Annie Award for Best Special Production.

The Annie Awards have been presented by the Los Angeles branch of the International Animated Film Association, ASIFA-Hollywood, each year since 1972 to recognise excellence in animation. This year’s awards were held as a virtual ceremony on Friday, 16 April.

Animated in Cape Town by Triggerfish and produced by Magic Light Pictures, The Snail and the Whale follows the amazing journey of a tiny snail who longs to see the world and hitches a ride on the tail of a huge humpback whale. The 27-minute short film is a joyous, empowering story about the natural wonders of the world and discovering that, no matter how small you are, you really can make a difference.

Based on the picture book written in 2003 by Julia Donaldson and illustrated by Axel Scheffler (creators of the modern classic The Gruffalo), The Snail and the Whale was shortlisted for the Oscar and has won eight other international awards at the likes of the British Animation Awards, Cartoons on the Bay, New York International Children’s Film Festival, The Venice TV Awards, and the BANFF Rockie’s Awards.

Currently streaming on Showmax across most of Africa, The Snail and the Whale was voiced by a starry British acting cast including Sally Hawkins (Paddington, The Shape of Water) as Snail, Rob Brydon (Gavin & Stacey, The Trip) as Whale, Cariad Lloyd (Peep Show) as Teacher and the late Dame Diana Rigg (Game of Thrones, Victoria) as the narrator.

“For The Snail & The Whale to be recognised by the International Animated Film Association is a huge thrill for all of us,” says Snaddon, who previously collaborated with Lang on the International Emmy-winning Zog. “On behalf of the Triggerfish team, a huge thanks to Magic Light pictures for entrusting us with this very special project, and to Max Lang for his wonderful vision, and partnership in making this film. I’d also personally like to thank the partners at Triggerfish and our world-class team of animation artists. They are an exceptional group and it’s such a privilege to make films with them.”

“Animation is a booming industry worldwide, so we hope this award inspires the next generation of animators in South Africa to follow their dreams into the industry, knowing it’s possible for a child raised in the Lowveld, like Dan, to go on to win one of the world’s top animation prizes,” says Triggerfish CEO Stuart Forrest.

“We’re delighted to see increased international recognition of what we’ve known for a while: that the South African filmmakers on Showmax can compete with the best in the world,”  says  Yolisa Phahle,  MultiChoice Group CEO for General Entertainment & Connected Video .

Watch and embed the trailer for The Snail and the Whale:
https://youtu.be/YqyVxyxZhKE

Watch The Snail and the Whale, first on Showmax in Africa:
https://www.showmax.com/eng/movie/4lz7kyvd-the-snail-and-the-whale

If you’d like to see if animation is the right career path for you, visit  https://academy.triggerfish.com/ .