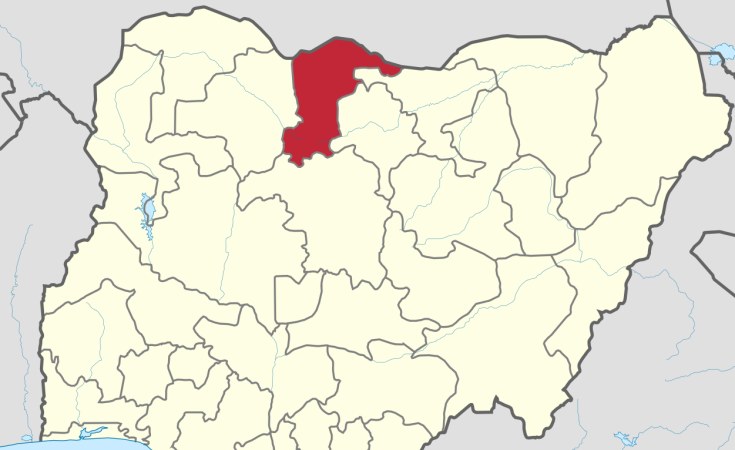 Residents of border communities in Nigeria living at the mercy of bandits and kidnappers are left with no other option than to cross over to safer villages in Niger Republic where they pass the night and come back home the next morning to continue with their businesses. Daily Trust Saturday looks at the issues.

States and national boundaries do not necessarily differentiate the people because in most cases, inhabitants of communities along these boundaries share common beliefs, customs and culture. These boundaries are therefore virtual demarcations for administrative convenience, and this is true in most border communities between Nigeria and Republic of Niger.

However, the problem of insecurity has created a stark contrast between some border communities in Katsina State of Nigeria on one hand, and communities in Niger Republic on the other hand.

A visit to Hirji community, a settlement in Niger Republic, just hundreds of metres away from Magama town in Jibia Local Government Area of Katsina State, Nigeria, revealed how one people live in different security situations and live different social lives.

Hirji is a small settlement in Niger Republic, just some metres away from Magama town on the Nigerian border. The security and social life of Hirji have a striking contrast from what obtains in villages on this side of the border.

When our reporter visited the village, it was lively with trading and activities of some commercial sex workers and patrons as well as 'hot drink' customers.

Others were traders who sell roasted meat (suya), tea and small kiosks that sell assorted consumables.

One of the residents of Hirji who identified himself as Yussouf, said, "This is how we live. It will remain lively like this until around 2 am, when almost everybody will retire to their bed. Many young men and women from Nigeria cross over to pass the night here, but mostly for jollification."

There was light, but a resident told Daily Trust Saturday that it was from a power generator which supplies power and charges customers on a daily basis.

"It will be on from late evening until around 6 am. Anyone that hooks on to it will pay without any problem. You know whatever we do here is based on rules that everybody must follow strictly," he said.

When asked about the security situation, Yussouf said the village was attacked by bandits sometime last year, and that was why the village was not as lively as it used to be before the attack.

"Before that attack in which the bandits abducted about six people, this place used to be lively all night long. When you come here you meet drummers of all kinds, in different groups, playing while some are singing and dancing.

"There were rumours then that a lot of the bandits used to cross over here to drink bear and womanise, until a time when some of them were arrested by the Nigerien security forces. It was as a result of that incident that the bandits attacked Hirji, thinking that those who reported them were from the area. And it was since then that most of those singing and dancing activities were stopped," he said.

An encounter with a tea seller

When our reporter visited Hirji, it was around 10:30 pm, when activities were on their peak. A tea seller who was supposed to be like a guide suddenly turned wild, threatening to report Daily Trust reporter to the security agents over suspected espionage.

"I will report you if you don't tell me who you are and why you are here. You are a stranger here and you are asking me all sorts of questions about our place. It may be that you are gathering information for the criminals," he said.

That shows how the Nigerien citizens participate and consider it a civic responsibility to contribute to the security of their land.

Day in Magama night in Faru

It is no longer news that people displaced from their communities due to the problem of insecurity migrate to other places they consider safe. But what is baffling is that a few metres into the Republic of Niger will suffice.

Armaya'u Muhammad, a resident of the town, said, "Even last night, not less than 35 women and children slept in my house and the story is the same with many houses where you have at least five people crossing over from Nigerian villages to take shelter here."

However, despite the fact that security has improved in the affected areas of Katsina State, some residents still feel insecure, and that is why they resolve to cross over to nearby towns in Niger Republic every day to pass nights and return to their places of business in Magama.

A resident of Magama who confided in Daily Trust Saturday confirmed that a number of people have migrated to either Faru or Dan Isa town in Niger Republic.

"When you go to Faru village in Niger, you will be surprised by how much it has expanded within a very short period of time. In the past, there were few houses in the village, but now it has exponentially expanded and majority of the inhabitants are our people who go there at night and return in the morning to conduct their businesses," he said.

One of the people, who shuttle between the border towns daily, told our reporter that it was at the peak of insecurity in the area that he migrated to Faru for his safety and he had since found a new home there.

"There was never a time when the bandits attack where we are living and even those few areas where they attacked, the Nigerien security forces responded quickly to repel them. We sleep with our two eyes closed, unlike when we were sleeping here in constant fear of being attacked or kidnapped," he said.

When asked about his experience and whether the houses they live in in the Republic of Niger were bought or rented, he said some were rented while others have purchased their personal houses, especially those that already have marital ties with the host communities.

However, when contacted, the Special Adviser to the governor on security matters, Alhaji Ibrshim Katsina, said anyone claiming to be crossing over to Niger Republic from Magama or Jibia for safety was deceiving himself, because security has tremendously improved in the Jibia axis.

"I am not saying it may not happen; there might be a handful of them who cross over, but that should not be used to generalise the situation here. I think if there is such a report, then it must be the act of mischief makers who can create a scenario to show that there is insecurity where there is none.

"People should be careful with what they are saying, because sometimes, it is what you cause with your tongue that comes to pass. Our people should appreciate the fact that security has improved and Allah said that if we appreciate what he has given us, He would certainly add more for us," he said.