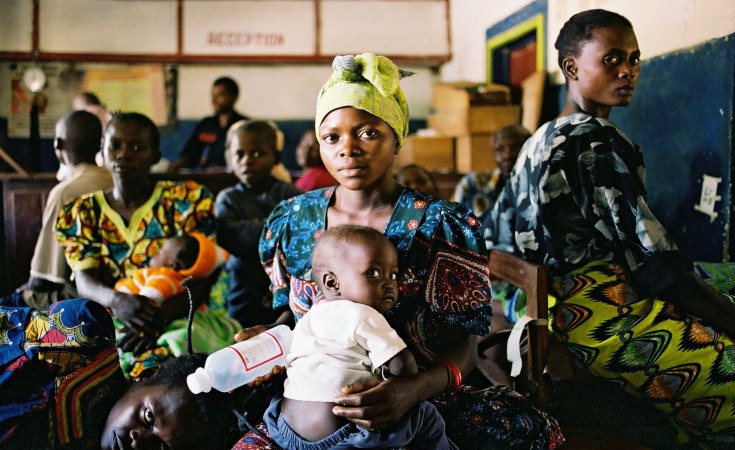 Kinshasa — The road to a clean energy future runs through the Democratic Republic of the Congo (DRC).

A global transition to renewable energy will require the mass deployment of new sources for both electricity production and storage. The DRC accounts for more than 70 percent of the world's cobalt, the mineral vital to battery production.

The world will need our country's resources to save itself from the impacts of climate change, for which the Congolese bear little responsibility. It is time for the organizations and government working to save the world to realize the value of that contribution.

African countries must be true partners in global climate efforts.

This month U.S. President Joe Biden will host a virtual summit of world leaders to discuss actions to "tackle the climate crisis." The White House has noted that it will include representatives from the 17 countries responsible for 80 percent of global emissions and global GDP. It will also include the leaders of five African countries, which is an excellent start. But more must be done to recognize the stakes for Africa and engage the continent as true partners in this global effort.

Africa bears the least responsibility for global climate change but is the most vulnerable to its effects. China, the European Union, and the United States emit over 40 percent of total global greenhouse gases, while all of Africa emits just 7 percent. The President of the African Development Bank, Akinwumi Adesina, recently pointed out that, "ten of the top 12 countries most at risk of drought are in Africa." [Editors' note: Wildfires that are still flaring on the slopes of Table Mountain, which have destroyed rare books and manuscripts about Africa in the University of Cape Town library, is an example of such drought-induced tragedies.]

The climate crisis risks exacerbating other challenges facing the continent. Foundational issues such as insufficient infrastructure, access to capital, and the need for debt relief have made it harder to respond to the variety of other challenges that continue to arise. For example, insufficient roads and limited access to electricity have undermined efforts to distribute the few COVID-19 vaccines that have been made available to African countries. The responses to these crises cannot be successful in isolation. Addressing the core constraints to economic growth in African countries should be pursued with the same fervor as combatting global climate change, as they are directly correlated.

The impacts of climate change also pose additional challenges to ongoing peacebuilding efforts in the DRC and throughout the region. Disputes over water access, arable land, and the conditions resulting from drought or severe weather events, all threaten the peace. Solutions to this global problem will need to be implemented at the community level if we are to mitigate the potential impacts on the most vulnerable.

The transition to net-zero emissions cannot come at the expense of development for those countries who currently lack sufficient access to electricity. While nations with full access convert to renewable sources, Africa must take whatever actions are necessary to expand access to the energy needed for economic and social development. According to the World Bank, at the current rate of electrification, 84 million people (80 percent of the total population) in the DRC will still lack electricity in 2030. The DRC should not be asked to live without electricity, while providing the vital component of the world's clean-energy future. The Congolese people need power now.

There are many serious issues with the current conditions in which cobalt is mined in the DRC, including the deplorable use of child labor and resulting environmental degradation. We must do more to combat these problems by protecting our children, enforcing new regulations, and creating economic opportunities for our people. But the world must also support efforts to develop these resources in a responsible manner – one which improves working conditions and environmental standards, and also ensures an appropriate return for the people and communities delivering this vital resource to the world.

According to recent projections by the World Economic Forum's Global Battery Alliance, the demand for cobalt for use in batteries will quadruple by 2030. The dramatic increase in demand will put a strain on current supply chains. Asking a Congolese mining community that lacks access to electricity, roads, and healthcare – and whose people are digging cobalt from the earth by hand – to quadruple their output is not only unrealistic but immoral. It is incumbent on all of us, from the miners to the regulators to the end-users, to make sure that future clean energy does not come at the cost of the wellbeing of the Congolese population.

The world's largest economies can lead the way into a clean energy future and deliver on the promise of the Paris Agreement. These efforts are vital to the survival of our planet and to averting a climate crisis that will devastate the African continent. If we are to succeed, we must recognize the role of the entire supply chain and come together to lift up those being asked to play a central part in saving the world.

Jeanine Mabunda Lioko is the former President of the National Assembly of the Democratic Republic of the Congo, the first woman ever elected to that position. She also previously served as the Special Representative to Combat Sexual Violence and Child Soldier Recruitment in the DRC. She is currently an MP for Bumba, DRC, and the founder of Lux Africa, a solar power initiative to expand access to renewable energy.