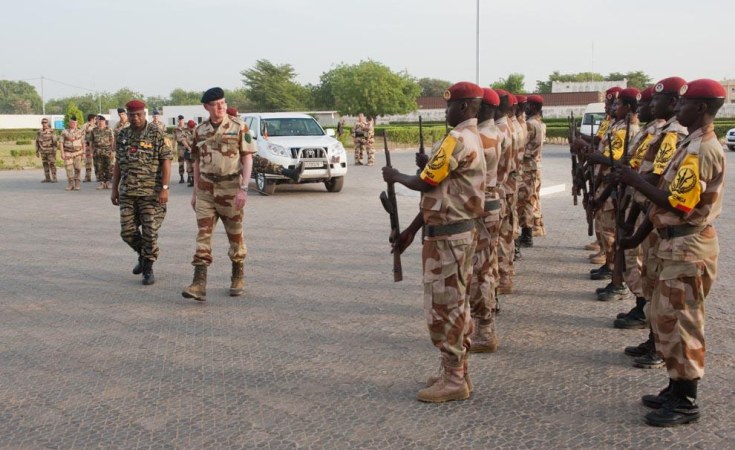 France and a number of African countries offered their condolences for Chadian strongman Idriss Déby whose death was announced on Tuesday, after he was injured in clashes with rebel forces in the west of the country.

French Defence Minister Florence Parly described Déby, who has ruled Chad for some 30 years, as "an essential ally in the fight against terrorism in the Sahel".

"The fight against terrorism in the Sahel doesn't stop and I have no doubt that we will be able to continue what has been started courageously for several years already," she added.

A statement from President Emmanuel Macron's Elysee palace described the "loss of a courageous friend", urging a peaceful transition.

The communique from the Elysee said the French government had a "strong attachment to the stability and territorial integrity of Chad".

US, UK issue warnings in face of rebel incursion in northern Chad

Chad: Human rights defender gets 3 years in jail for posting about Déby's health

Deby was a long-standing ally of France and Chad hosts a French military base, as well as contributing to military efforts against hardline Islamists in the Sahel, alongside France.

French Foreign Minister Jean-Yves Le Drian called for a transition of "limited duration", leading to an "inclusive and civilian government".

EU Commission President Ursula von der Leyen echoed the sentiments from Paris, saying that "Chad is an ally in the fight against terrorism in the Sahel".

Gabon's President Ali Bongo, who took power after his father's death, much like Deby's son will do now, said "Chad can count on the solidarity of Gabon".

Burundi's President Evariste Ndayishimiye said he learnt of Deby's demise with "great emotion and deep sadness", addressing his condolences to the Chadian people.

Chad's military said on Tuesday that it would organise free and democratic elections after Deby's killing by a rebel group.

Elections in the country that Deby led with an iron fist would be held following an 18-month transition period led by Deby's son Mahamat Idriss Deby Itno.

The army said the government and parliament were dissolved and the constitution suspended, with a curfew put in place.