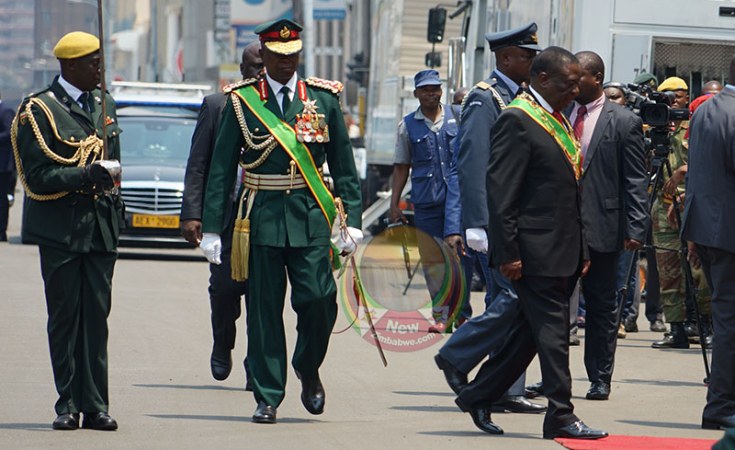 The raft of amendments came a fortnight after the Senate voted for another amendment that will see the tenure of senior judges being extended and the president directly appoint judges, instead of them being subjected to public interviews as is the case now.

According to the new constitution that Zimbabweans voted for in 2013, vice presidents should be elected together with the president.

The clause, however, was suspended for 10 years and would only have come into effect in the next elections in 2023.

Once the amendments are approved by the Senate, the president will continue to appoint his or her deputies.

The ruling party will also choose the president's successor in the event that the incumbent is incapacitated or dies in office.

Observers say the move to remove the running mate clause in the constitution was meant to contain Vice President Constantino Chiwenga who is said to habour ambitions for the top office.

Retired General Chiwenga led the coup that toppled the late Robert Mugabe in 2017.

The other vice president Kembo Mohadi resigned last month after he became embroiled in a sex scandal and has not been replaced.

President Mnangagwa's ruling Zanu PF enjoys a two thirds majority in parliament and is able to push through constitutional amendments with little resistance from the opposition.

Nelson Chamisa, the mainstream opposition MDC Alliance leader, described the move by the legislature as a betrayal.

Zanu PF received backing from a breakaway faction of the opposition as the amendments were passed with a 191 to 22 majority.

Prior to the push for the constitutional amendments, the opposition faction was controversially allowed to recall 48 MDC Alliance legislators.

Fadzayi Mahere, the MDC Alliance spokesperson, said the changes to the constitution marked Zimbabwe's descent into a dictatorship.

"The assault on our supreme law is an attack on the last bastion of protection that citizens have against dictatorship," Advocate Mahere said.

"Who can forget how under Robert Mugabe, the constitution was amended until there was barely anything left?

"Without respect for the constitution we are saddled with a regime that will do as it wishes.

"The entrenchment of an imperial executive, the tinkering with the judiciary amidst other changes are an insult to the people's referendum of 2013."

President Mnangagwa is seen consolidating his power with the changes to the constitution three years after he took over from the late Mr Mugabe following the military coup.