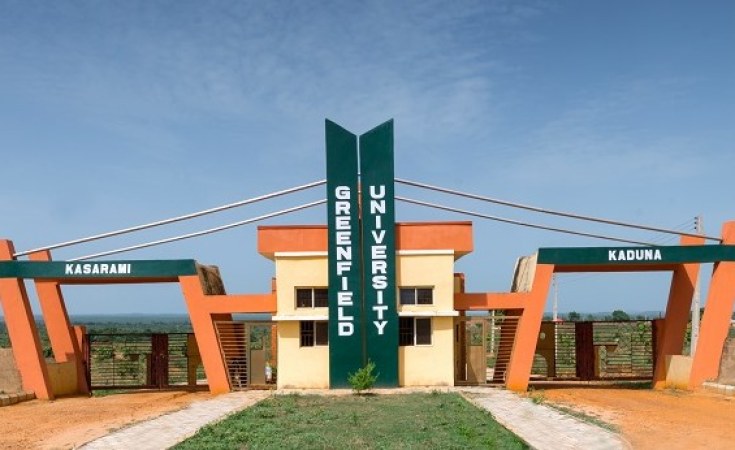 Suspected bandits have attacked Greenfield University, a private university in Kaduna State, and kidnapped many students.

According to Channels Television, the bandits attacked the institution in the early hours of Wednesday.

PREMIUM TIMES could not verify the exact number of students kidnapped.

Greenfield University is located along the Kaduna–Abuja Highway, some few Kilometers to the Olam feed factory which is about 30km from Kaduna town.

Meanwhile, a call to both Mr Aruwan and the state police spokesperson, Mohammed Jalinge, by PREMIUM TIMES were not answered at the time of this report.

A former Kaduna senator, Shehu Sani, has condemned the attack.

“The fresh report that bandits have attacked and kidnapped many students at the Greenfield University along Kaduna-Abuja road is yet another tragedy. Proprietors of schools within this axis need to read the signs. Even most of us have abandoned our farms to the care of God,” the former lawmaker wrote on Twitter.

A man who lives close to the university, Abdul Umaru, said he heard gunshots in the early hours of Wednesday, but did not know what was happening.

“With the way things are happening on that Abuja-Kaduna road, I can’t expect a university operating at that area. We see the signboard and one police van always, but it is dangerous. Police have cordoned the whole area,” Mr Umaru told PREMIUM TIMES Wednesday morning.

Earlier in March,  39 students where kidnapped  from a Forestry college also in Kaduna State.

The Governor of Kaduna State, Nasir El-Rufai, has said his government will not pay ransom to bandits as that encourages the criminals. Only five of the students of the forestry college have been released by the bandits while about 30 are still with the bandits.

Kidnapping for ransom has become rampant in many parts of Nigeria while mass kidnapping of students from their school is becoming a norm in the northern part of the country.

Apart from Kaduna, other Nigerian states that have witnessed mass abduction of students include Katsina, Zamfara, Borno, Yobe and Niger.