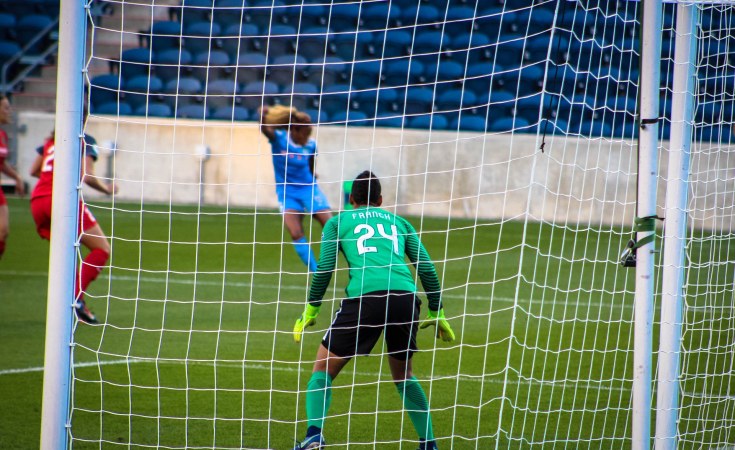 Pixabay
(File photo).
The Nation (Nairobi)
By Garang A. Malak

Juba — Sports officials in South Sudan have condemned a government minister's decision to pull his wife from a football team in the middle of match.

The governing bodies of sports on Monday, lay into Peter Mayen, the Minister for Humanitarian Affairs and Disaster Management and demanded a public apology after he caused a commotion at a women's football match in Aweil town of Warrap State, near the border with Sudan.

Ms Mayen was among the players selected to play in the match, when the minister showed up and ordered her to leave with him.

In a press statement, South Sudan Football Association said it was disappointed by the minister's action.

"The administration of SSFA would like to express its disappointment for the impropriety act applied by Minister Peter Mayen, who disrupted the official football match in Aweil Town demanding the removal of his wife Aluel Garang popularly known as Aluel Messi in the pitch.

"Therefore, we condemn such transgression by a popular and responsible personnel serving in a senior position in the government" reads the statement.

Meanwhile, South Sudan National Olympic Committee also condemned the act and asked the National Minister of Youth and Sports to look into the matter.

"Bearing in mind the policy of promoting gender equality and the recent launch of South Sudan Women's League is a step forward in bridging the 35 per cent women's ladder, this incident is very inappropriate. The attitude is considered a violation of the rights of women who participate in the various sports disciplines in the country." said SSNOC in a statement.

Football spectators said the minister arrived with his bodyguards before the end of the first half of the match and demanded for immediate removal of his wife without following the right procedures.

It is reported that the match officiating body asked Mr Mayen to wait until half time for a substitution to come on board, but he refused.

Reports allege that the minister acted that way because Ms Mayen is a lactating mother and he demanded her exit to safeguard her health and that of their baby.

Mr Mayen is said to have forcefully removed the wife, a decision that irked the spectators who blocked his car from leaving the ground. His security was forced to shoot in the air causing more commotion.

Juba Monitor quoted him saying he had gone to "bring back home my wife who has a small baby".

The minister is not new to controversy though. In April 2018, he was kicked out of a hotel room in Juba for causing a disturbance.

This was after security personnel stormed Dembesh Hotel to round up Peter Mayen, accusing him of hosting a married woman in the hotel, a claim he denied.

Again in March this year, Sudan's Post reported that Mr Mayen was kicked off a plane by other passengers after he forced himself through the airport while he had tested positive for Covid-19.

Mr Mayen was appointed Minister of Humanitarian Affairs and Disaster Management, last year in the revitalised government of national unity.

Some South Sudan civil activists have gone on social media demanding for his resignation or sacking, saying his acts were not commensurate with his position in government.