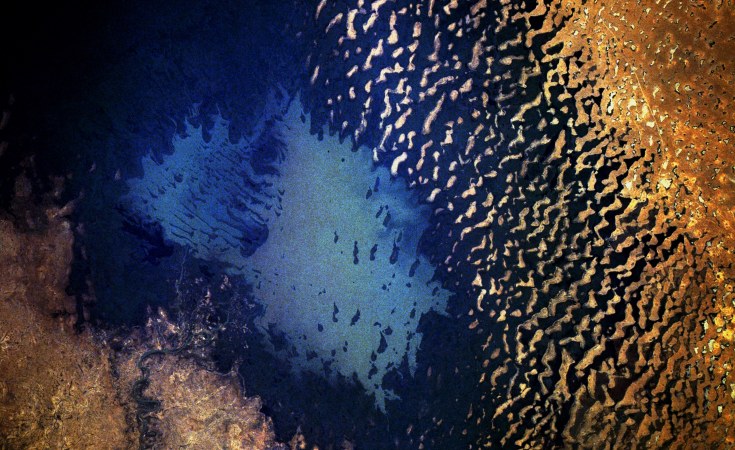 Research group SIPRI has identified a link between climate change and extremism in the West African country. As the region reels from the sudden death of Western-backed strongman Idriss Deby, instability is rife.

A new report from the Stockholm International Peace Research Institute (SIPRI) has detailed how environmental changes, including limited land, freshwater and other natural resources, are at least partly driving the growth of extremist groups operating in Mali.

With most Malians relying on natural resources for their livelihoods, a lack of economic alternatives in some areas means other actors, such as extremist groups, are more likely to step in and offer false promises.

"There seems to be a relationship between child recruitment and scarce rainfall in central Mali," explains Hegazi. "Families send their children to armed groups as a form of income. When there is more rainfall, there is noticeably less recruitment into armed groups."

While SIPRI's report focused on Mali, the effects of climate change also transcend national boundaries across the Sahel.

"Lake Chad used to provide opportunities for communities that depended on fishing for their well-being," Christopher Fomunyoh, the Senior Associate for Africa and Regional Director at the National Democratic Institute (NDI) for International Affairs in Washington, D.C. told DW.

"When you visit the Sahel and Lake Chad, you can't not come to the conclusion that climate change is an existential threat to sizeable populations that live in this area."

The SIPRI report focused on the multilateral deployment of the United Nations Multidimensional Integrated Stabilization Mission in Mali (MINUSMA). The peacekeeping mission was established in 2013 in the wake of the Tuareg rebellion to bolster the government and neutralize extemist groups which are heavily involved in organized crime and human trafficking. The mission is considered a priority due to its impact beyond Mali's borders, with its mandate due to expire in June.

With the Malian government still struggling to retain control in the northern part of the country, the introduction of new policies to combat the impact of climate change, such as alternative job creation, is being hindered.

"There are are few opportunities for Malians to engage in economic activites apart from pastoralism, which has led to many taking part in illicit activities such as trafficking," Hegazi says.

Problems stretch across the Sahel

With no solutions to the decreasing water supply and lack of arable land, communities across the Sahel are being forced to migrate in search of better livelihoods. This has also led to an increase in intercommunal-conflict, as rival groups come into contact with one another more frequently.

"We're seeing that across northern Nigeria, there are herder-farmer tensions and skirmishes," says Fumonyoh.

Another factor at play is the type of support Sahel countries have received from Western states. While France has long been a major player in the region due to its former colonial ties, multilateral efforts such as the G5 Sahel and other counter-terrorism operations have also recieved significant international funding.

Speaking in the wake of Chadian leader and France ally Idriss Deby's death at the hands of rebels disgruntled at his regime, Fomonyoh says the event should serve as wake-up call to Western nations operating in the Sahel to better deal with the reality on the ground.

"A number of the Sahel countries and their populations face multiple challenges and true partners should be ready to assist those countries deal with those challenges."

Fomunyoh also says Western allies need to look beyond their own interests if the situation in the region has any hope of improving.

"You can't be a major power and be a partner just because you're interested in natural resources," he explains. "At the same time, you cannot neglect climate change or issues of governance that arise with members of the partnerships that you develop."

A number of environmental initiatives have taken off in the Sahel, including the Great Green Wall initiative, which aims to stop desertification and make soil arable again by replanting swathes of land. It also aims to create millions of so-called green jobs.

But these intiatives are particularly difficult to pull off in conflict-ridden areas and sustainable funding still remains elusive. MINUSMA has its own Environment and Culture Unit. But according to SIPRI, it does not focus on climate risks as a priority and the mission lacks capacity to address these problems.

Fomunyoh adds that when Western partners complain about migration to Europe, Sahel states "think they're so self-interested that they don't care about the interests of local populations or their permanenliving conditions on a permanent basis."

"If the European Union (EU) and European countries want collaboration and cooperation with Africa and Africans, they have to take a holistic approach and make sure that it's not lopsided and not solely focused on natural resources."

Previous Story
Next Story
Climate Change in the Central African Republic - What Threats?

Climate Change in the Central African Republic - What Threats?