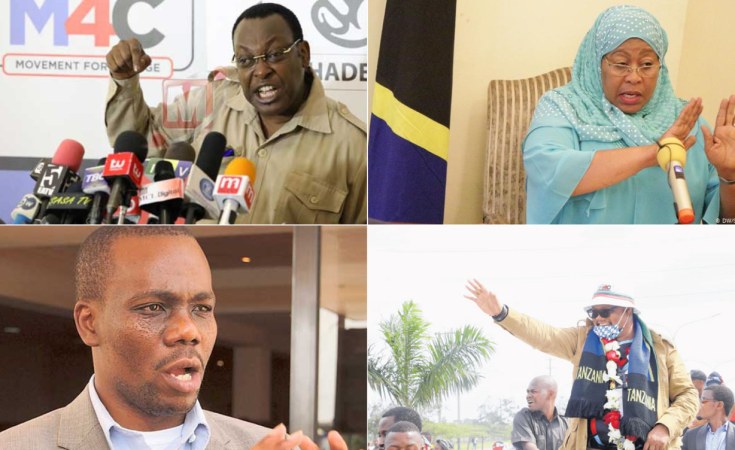 PRESIDENT Samia Suluhu Hassan is on Thursday expected to make her first address to the Parliament since she took power, following the death of her predecessor Dr John Magufuli.

The Head of State address will be live broadcast, thus also addressing the nation at large. Speaker of the National Assembly, Job Ndugai on Wednesday told Members of Parliament that, the president's speech is important, thus they should make sure they all attend today's session.

"All Ministers and MPs who are still outside Dodoma should make sure that they are present tomorrow (today) during President Samia's speech," he pointed out.

According to him, the President Samia's speech, among other things, will show the direction of her government, saying: "President Samia's speech is important to all MPs and Tanzanians, therefore it is necessary that every minister and lawmaker avail him/herself in Bunge. "I urge you to call and tell your colleagues who are not in Dodoma to stop their activities and come back to the House with immediate effect."

Mr Ndugai further said his office will take records of attendees, noting that the Presidspeech may touch issues concerning Members of Parliament individual cases. "It is not good being absent when the sixth Phase President comes to address this Parliament," he said.

His emphasis yesterday came a day after he met with the Head of State at Chamwino State House here, however, details of their meeting arin-camera. On the ground, the 'Daily News' observed several activities going on yesterday as part of the preparations for today's event, including erecting tents and arranging chairs from early morning.

Tens of workers were seen as busy as bees at the Parliament premises, some erecting tents, while others cleaning the environment. On his Monday's announcement about the event, Mr Ndugai stated that the House will host many key figures including retired presidents, ambassadors and other leaders during the event.

The Speaker further informed the legislators that after her speech, the President will have an iftar with the MPs, staff of the Parliament and other invited guests. With this being her first speech ever in the Parliament, MPs and Tanzanians eagerly wait to hear from her, especially the direction she proposes that the country should take during her next four years' reign This comes after her repeated say that her government was a continuation of the fifth Phase Government, and will hence, focus on completing the initiated flagship projects and starting implementing others planned in the programmes.

President Samia was sworn in office last month, being the first female president in East Africa, after Dr Magufuli died from heart complications, a condition he battled for the past 10 years. Last Sunday, when speaking at an event organised by the religious leaders to make special prayers for the late Dr Magufuli and honour his leadership, President Samia cited over 10 items that her government will implement.

She said the items were a continuation of what the late Dr Magufuli engineered in the previous phase, including carrying on national values such as national unity, solidarity and the union. She said she would also continue with efforts to translate the macroeconomics into microeconomics to bring impact to Tanzanians and fight against corruption, embezzlement and theft of public funds as well as to continue installing accountability in public service. Equally, the Head of State said her government will continue with efforts of strengthening social services provision and making available safe water, provision of justice and accomplish strategic projects in communities.

Elaborating, she noted that she will continue strengthening the business environment by implementing the blueprint and improving the international relations. "All these I have mentioned have been done during the fifth phase government, what we are now doing is to improve performance of the cabinet and other executives in a bid to effectively implement the items," she pointed out.