Kenya: AG on the Spot Over Kenyatta's Violation of Constitutional Provisions 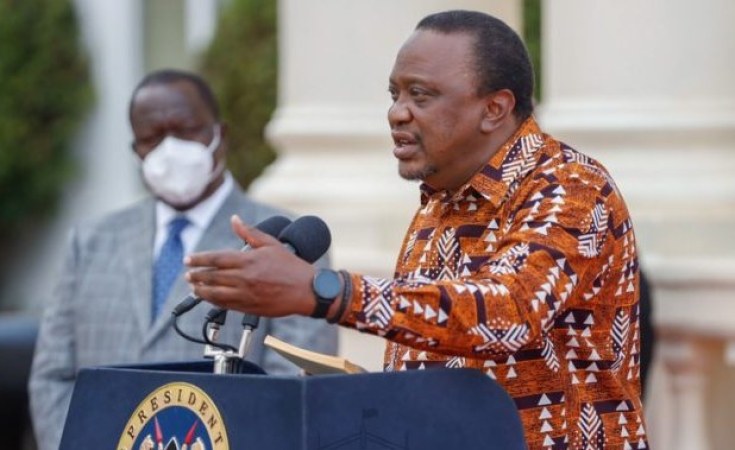 The multiple court rulings against the State have left the principal legal adviser to the government with egg on his face.

The Office of the Attorney General is on the spot over the creation of unconstitutional offices to fit into President Kenyatta's political agenda.

Courts have nullified several of the President's decisions since 2013, escalating the standoff between the Executive and the Judiciary.

According to Article 156 (4) of the Constitution, the AG is the legal representative of the government in civil proceedings with the mandate to promote, protect and uphold the rule of law and defend public interest.

One of the President's 'unconstitutional decisions' is his failure to swear in 41 judges appointed by the Judicial Service Commission (JSC) in July 2019.

The High Court held on February 6 last year that Mr Kenyatta's delay was a violation of the Constitution as well as the JSC Act.

It directed that the process be finalised within 14 days because the President was constitutionally bound by the JSC recommendations.

"Once the JSC has made recommendations, the President cannot review, refuse to appoint, reconsider or select who to appoint. He is bound to appoint the people recommended to him," stated the judges.

"The independence of the JSC is not a matter of conjecture or speculation but a constitutional imperative that cannot be interfered with by any person, organ or authority," they added.

The matter is pending determination at the Court of Appeal after Attorney-General Kihara Kariuki challenged the declaration.

The courts also declared unconstitutional the transfer of the Kenya Meat Commission (KMC) from the Ministry of Agriculture, Livestock, Fisheries and Irrigation to the Ministry of Defence.

Justice Anthony Mrima said this was in violation of Article 10 of the Constitution for want of public participation. He described the President's decision as 'constitutionally infirm' and quashed it on February 15.

He ruled that the transfer ought to have been preceded by public participation.

"A decision to re-assign ministerial responsibility from one ministry to another involves several processes and impacts, not only on the stakeholders but the public at large. Prior to making such a decision, there is need to at least carry out due consultations, if the change is not sanctioned by the Constitution or any statutory amendments like in this case," said Justice Mrima.

The judge, however, noted that since the directive was already effected and budgets accordingly moved, he suspended effect of his order for 90 days so that the AG and the Agriculture Cabinet Secretary can regularise the situation.

The judge also suspended the effects of his declaration that the President violated the Constitution by creating the office of the chief administrative secretary (CAS).

He also said it was unconstitutional for CSs who had served in the first term of the President to continue holding office in his second term without vetting.

The judge further said it was illegal for any PS to be appointed without being shortlisted, interviewed, recommended for nomination by the Public Service Commission to the President or approved by the National Assembly.

"In view of the state of the Covid-19 pandemic further to the processes involved in recruiting Cabinet and principal secretaries and the re-organisation of the ministries in the absence of the CAOs or the regularisation thereof, the effect of orders is hereby suspended for the period when the country is battling to contain the pandemic or such a period as this court may later determine in order to afford the respondents an opportunity to regularise the situation," said Justice Mrima.

In March 2018, the President was also on the spot for failing to appoint Court of Appeal judge Mohamed Warsame as a member of the JSC.

Justice Chacha Mwita said the Head of State's duty was to appoint an elected commissioner within three days of submission of the name. Mr Kenyatta violated the Constitution by failing to appoint the judge, more than 10 months after he was elected by his colleagues, he added.

The AG lost the appeal and the judge was later sworn in by then-Chief Justice David Maraga. The State had declined to gazette his appointment on grounds that he ought to have been vetted by the National Assembly.

The court said the order was unconstitutional because the President did not follow proper channels.

He had ordered MPs to spearhead the crackdown instead of addressing himself to those who are statutorily mandated to implement the law.

The court also abolished regulations on alcoholic drinks (Alcoholic Drinks Control (Supplementary) Regulations, 2015) set by Ministry of Interior and Coordination of National Government, citing they were not enacted through Parliament but based on "an invalid directive" of the President.

"Policies which affect liberty, economy, property and life if not properly implemented have the potential to lead to catastrophic results as has happened in the past not only in this country but also elsewhere in this continent. Where respect for the rule of law is not adhered to chaos and mayhem reign supreme. Justice must continue to be our shield and defender," said Justice Odunga on January 15, 2016.

"The Courts must never shy away from doing justice because if they did not do so justice has the capacity to proclaim itself from the mountaintops and to open up the Heavens for it to rain down on us. Courts as the temples of justice and the last frontier of the rule of law must ensure that impunity does not reign supreme in our motherland."

In December last year, the High Court nullified the appointments of chairpersons and members of boards to various State corporations and parastatals made by the President in 2016.

The three-judge bench said the appointments did not comply with constitutional values and principles in Article 10 and 232 and the Public Service Act. Article 232 provides that fair competition and merit is the basis of appointments and promotions in the public service.