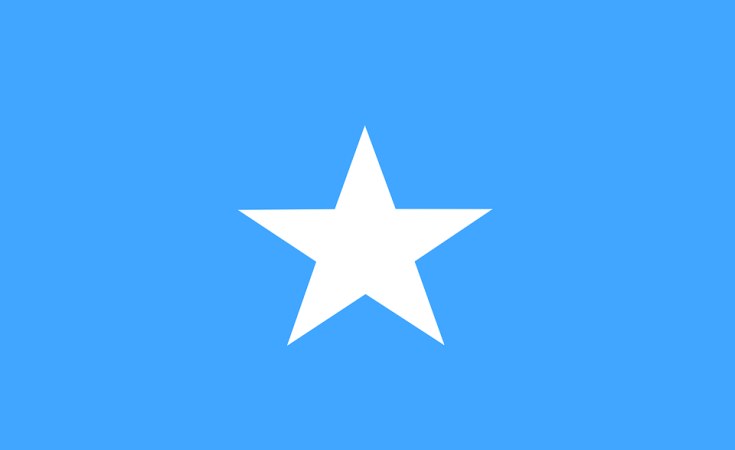 Abuja, Enugu, Kaduna — Security analysts yesterday expressed outrage over the news of the deployment of 144 personnel of the Nigeria Police in Somalia under an African Union (AU) peace keeping mission, despite the rising security challenges facing the country, exacerbated by a shortage of hands to combat insecurity.

The Africa Union Mission in Somalia (AMISOM) had announced the arrival of a contingent of 144 policemen and women from Nigeria to boost the country's security.

The analysts were more angered by the fact that the news came from abroad, the police having kept quiet about the deployment.

The officers, including women, departed Nigeria at the weekend, with Samuel Ita as the commander.

However, the Force Public Relations Officer, Mr. Frank Mba, a commissioner of police, told THISDAY that the deployment of the 144 police personnel in Somalia for peacekeeping mission is a fulfillment of an international obligation and a global best practice.

But the security analysts queried the essence of the deployment of the police personnel in Somalia when the police high command should be mobilising more hands to protect lives and property in the wake of the incessant attacks on police formations, especially in the South-east, and the rising wave of abductions by bandits.

In yet another incident yesterday, gunmen attacked a police station in Enugu, killing two personnel.

Also, bandits late on Tuesday invaded Greenfield University, a private institution in Kaduna, killing a member of staff and abducting some students.

Giving details about the deployment of the 144 police personnel from Nigeria in Somalia, AMISOM Police Operations Coordinator, Mr. Daniel Gwambal, said 30 of the police officers would serve under the AMISOM for one year.

While the 30 will be deployed in Beletweyne in HirShabelle State, the rest will serve in various roles in the capital, Mogadishu.

Gwambal, in a statement issued yesterday in Mogadishu, said: "They are here in order to fulfil the mandate of AMISOM with regards to operational support to the Somalis and at the same time to mentor the Somali Police Force (SPF).

"There are certain specific duties that are also incumbent on them to perform while they are here such as regular patrols at checkpoints, guard static duties and other duties that involve general policing."

He stated that the Nigerian police officers would also provide VIP escort and protection services, train and assist the Somali police in public order management.

According to him, they will also conduct joint patrols with their Somali counterparts and secure key government installations and high-level events.

The AU mission said the arrival of the Nigerian contingent was a major boost to law and order efforts, as they would be working in concert with their Somali counterparts in ensuring improved security in liberated areas.

Also speaking, Ita said his team members were eager to begin discharging their duties, to help advance the mission's mandate.

Speaking on the deployment, Executive Director, Rule of Law and Accountability Advocacy Centre (RULAAC), Mr. Okechukwu Nwangwuma, said it was out of place at a time the police had manpower issues.

"It is even laughable that at a time we have serious security challenges, we are talking about deployment of that number of policemen for peacekeeping operations.

"This is what we are saying about this government; we need to be more serious. Police stations are being attacked; policemen are killed and you are taking them away. They are needed here," he said.

A former Director of the Department of State Services (DSS), Mr. Mike Ejiofor, said with the security challenges confronting the nation, the deployment was inappropriate.

"But if it is an international assignment that will be in order. You never can tell with what is going on in the country and whether we will need similar assistance."

An intelligence analyst, who spoke on the condition of anonymity, however, alleged that there was financial consideration attached to such deployment.

"There are usually monetary attachments to such trips. It entails intense lobby by those who are expected to be part of the mission.

But Mba said the deployment was a fulfillment of an international obligation and a global best practice.

He explained: "Security is a global issue. The security challenges we have around African countries have a way of spilling over to contiguous countries.

He said Nigeria should not be concerned about its own security alone but must discharge its international obligations.

"A lot of security challenges we have today arose as a result of the destabilisation of countries around us. It is a global best practice," he said.

Mba stated that the peacekeeping contingent would spend between six months and one year in Somalia.

Meanwhile, the Commissioner of Police, Enugu State Command, Mr. Mohammed Aliyu, has ordered the immediate deployment of operational and intelligence assets in a bid to fish out gunmen who attacked the Adani Divisional Police Station in Uzo Uwani Local Government Area of the state.

The gunmen were reported to have attacked the Adani Police Station in the early hours of yesterday, burning it down and killing two officers.

The Public Relations Officer of the command, Mr. Daniel Ndukwe, an assistant superintendent of police, said in a statement that Aliyu gave the order during a visit to the station, alongside heads of sister security agencies in the state.

He said the assailants were resisted by police operatives on duty and in the ensuing gun duel, some of the gunmen escaped with gunshot injuries.

"Unfortunately, two of the policemen were critically wounded and later confirmed dead in the hospital," he said.

The commissioner, while commiserating with families and friends of the slain policemen, called on members of the public to assist the police with information to aid the arrest of the assailants.

He urged residents of the state, especially owners of medical facilities, to promptly report to the police anyone suspected to have gunshot injuries.

The Kaduna State government yesterday confirmed the killing of an official of Greenfield University and the abduction of some students, when bandits invaded the school on Tuesday night.

The state Commissioner for Internal Security and Home Affairs, Mr. Samuel Aruwan, said in a statement yesterday in Kaduna that the state government was still awaiting details on the number of kidnapped students from the institution.

He identified the deceased staff as Mr. Paul Okafor.

He said: "Last night, the Ministry of Internal Security and Home Affairs received distress calls of an attack by armed bandits on the Greenfield University, situated at Kasarami, off the Kaduna-Abuja Road in Chikun LGA.

"Troops of Operation Thunder Strike (OPTS) and other operatives swiftly moved to the location and the armed bandits retreated.

"After search-and-rescue operations, a staff member of the university, Paul Ude Okafor, was confirmed to have been killed by the armed bandits, while a number of students were kidnapped."

Aruwan said security agents who took custody of the remaining students handed them over to the institution yesterday.

A Two-Year Presidential Extension in Somalia?