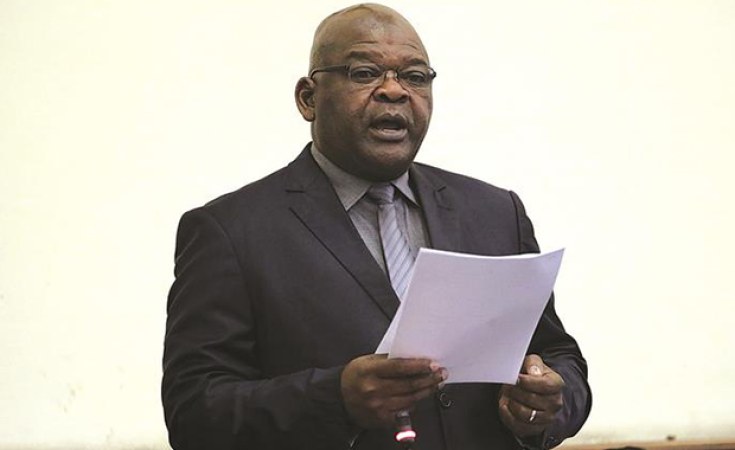 Matanga recently disclosed this in his response to an application seeking his imprisonment for contempt of court filed by Loveness Chiriseri, a Chitungwiza resident after the ZRP Commissioner-General failed to pay compensation to her as ordered by High Court Judge Justice Edith Mushore in July 2020.

Matanga argued that there is no just cause for Chiriseri to take him to court seeking his imprisonment for contempt of court for defying a court order as he had taken legal steps necessary to trigger her payment in compliance with Justice Mushore's order.

Matanga attached some "telling" letters accompanying his notice of opposition to Chiriseri's application where he disclosed that he had instructed his lawyers to request treasury authority from the Ministry of Home Affairs and Cultural Heritage, which is ZRP's parent ministry to pay Chiriseri.

The Commissioner-General said he was not willfully disobeying or neglecting to comply with the court order as he had sought for authority to pay and the authority had not been granted and is still waiting for it to be approved. He said the delay to pay Chiriseri was due to official procedures within government and once he gets the Treasury Concurrence from the Ministry of Finance and Economic Development, she will be paid.

Chiriseri was awarded US$16 788 in damages after she was assisted by Fiona Iliff of Zimbabwe Lawyers for Human Rights to sue when she was shot by police officers in August 2018. She was injured when a police officer manning a police checkpoint at the intersection of Seke road and Delport road shot twice at a private vehicle she was traveling in as a passenger.

In court, Iliff argued that the police officer who shot Chiriseri applied excessive force and that the officer's constitutional right was exercised in an overzealous and questionable manner.

In her extensive ruling, Justice Mushore noted that Chiriseri posed no danger to the public or to the internal security of the country or to law and order and that she was an unarmed non-threatening passenger in a vehicle.

The police officer, Justice Mushore said, had no basis to fire a weapon at a civilian target and if it was his intention to stop the driver of the vehicle in which Chiriseri was traveling in from proceeding through a checkpoint, he ought to have fired a warning shot into the air.

Tagged:
Copyright © 2021 Kubatana.net. All rights reserved. Distributed by AllAfrica Global Media (allAfrica.com). To contact the copyright holder directly for corrections — or for permission to republish or make other authorized use of this material, click here.