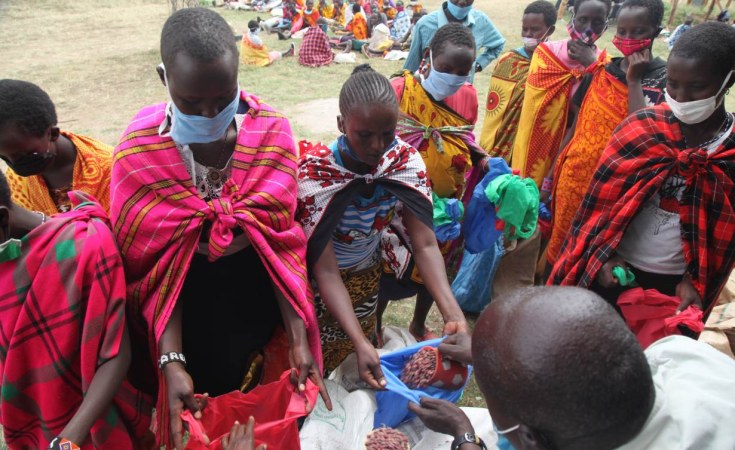 The State and emergency stakeholders have been urged to urgently implement early action interventions to avert loss of lives among the communities living in the drought and flood hotspots.

Kenya Red Cross Director General Dr Asha Mohammed warned that in case there would be no adequate rains in the next three months, more than 1.4 million people who are already facing drought might be adversely affected.

"The number of people facing food insecurity is likely to surge should the rains fail in the next three months and urgent action is required to save lives and avert the situation from worsening," Dr Mohammed said in Marsabit.

The official warned that failure to support the affected persons in time, the coming season could be extremely hard for them especially children whose nutritional conditions could worsen.

Marsabit, Turkana and Mandera counties are currently at the alarm phase of food insecurity and the situation could worsen should rains fail. Baringo, Isiolo, Kilifi, Garissa, Wajir and Tana River are in the alert phase.

Dr Mohammed said there was a high probability that the drought situation will worsen and exacerbate the already fragile nutritional and food security of communities in the arid and semi-arid counties.

An assessment done by the Kenya Food Security Steering Group (KFSSG) in February 2021 indicated that more than 400,000 children aged between six months and five years were acutely malnourished and in need of treatment and nutritional support.

Additionally, the forecast of below-average March-May 2021 long rains, is expected to negatively impact crop production and regeneration of animal pastures in most of the arid and semi-arid counties.

The Kenya Red Cross has consequently rolled out food distribution in Marsabit County targeting 37,000 people. Some 530 metric tonnes of relief food were flagged off on Wednesday.

The most affected families would also be enrolled in a social protection hunger safety net of Sh5,400 per month for three months.

Dr Mohammed called on all stakeholders to join hands to provide food assistance to the families whose lives were at risk.

She recommended the provision of social protection hunger safety nets to the affected persons.

She also warned of the ongoing rains reported in parts of Western, Rift Valley, Coast and Central Kenya saying they could result in flash floods.

Marsabit County Governor Mohamud Ali and his Deputy Solomon Gubo noted that most of the families in the county already had their food reserves depleted and only resorted to emergency coping strategies.

During a visit to the Bubisa area in Turbi Ward on Wednesday, the residents who spoke to journalists revealed that most families had begun skipping meals while some were forced to make do with the less nutritious foods.

Bubisa sub-location Assistant Chief Huqa Dambala painted a picture of gloom that hung in the area as most animals had begun succumbing to the biting drought while the surviving ones looked weak and emaciated and fetched very low prices in the market.