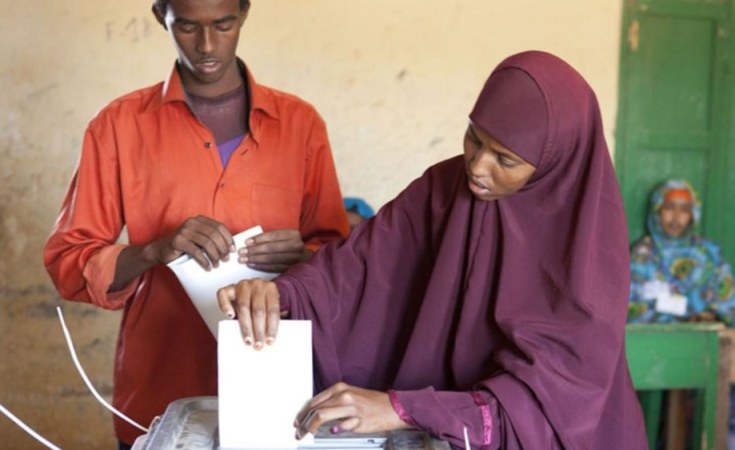 Nairobi — The African Union has expressed reservations about the ability of Somalia to hold countrywide election involving all citizens.

A special envoy to be appointed by the AU will have just a month to drive mediation between parties in Somalia, who have failed to agree on a n electoral calendar, to prepare for indirect polls.

The decision arose last week during a meeting of the 15-member AU Peace and Security Council.

It means that AU Commission chairman Moussa Faki Mahamat will name an envoy this week who will then meet stakeholders to agree on the election date, venue and model.

The council rejected the term-extensions of President Mohamed Abdullahi Farmaajo and parliament, arguing that the only viable solution is an agreement signed in September 2020 to hold indirect elections this year.

The AU also rejected Farmaajo's argument that the extension of his term by two years will allow the country to prepare for universal suffrage.

"The agreement remains the basis and the most viable path towards holding timely, transparent and credible elections in Somalia," the council said on Thursday after its 993rd session.

"While acknowledging that the September 2020 agreement was a result of a Somali-owned and led dialogue among federal government and federal member state leaders, as well as opposition parties, on the need for timely elections, Somalia is unable to implement a one-person, one vote universal suffrage in 2020/21."

The council, which includes Kenya, Ethiopia and Djibouti, was criticised by Mogadishu which argued that there have been attempts to interfere with Somalia's sovereignty.

"Somalia opposes the use of this council to violate the political independence of the republic," Foreign Affairs Minister Mohamed Abdirizak said, directly accusing Kenya and Djibouti of being behind the campaign.

Nairobi and Djibouti rejected the accusation while the National Salvation Forum and other opposition groups welcomed the AU statement.

Djibouti is current chair of the council, having taken over from Kenya, which Mogadishu severed ties with, in March.

The two countries addressed the session alongside AU Commissioner for Political Affairs and Peace and Security Bankole Adeoye; Special Representative of the Chairperson of the AU Commission for Somalia and Head of AU Mission in Somalia Francisco Caetano Madeira.

President Farmaajo has been under siege since the Lower House voted to extend his term.

The UN Security Council has also rejected the extension and advised parties to resume discussions on a vote based on the September agreement "which remains the only deal endorsed by the federal government states".

A Toxic Political and Security Order - the Death Knell of Democracy