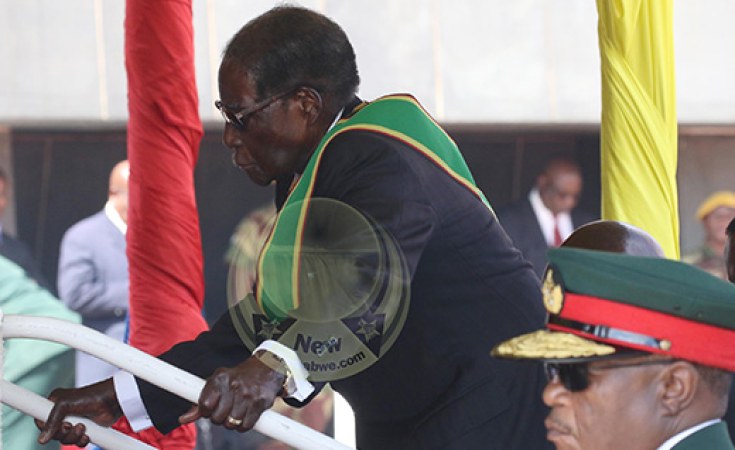 President Emmerson Mnangagwa is repeating mistakes made by his predecessor Robert Mugabe by seeking to amend the constitution to entrench his rule, political analysts have warned.

Mnangagwa and his ruling Zanu PF have been pushing through Parliament a raft of amendments to the supreme law, that critics say will result in the creation of an imperial presidency.

Zanu PF has received the backing of an unlikely ally in the crusade to remake the 2013 constitution in the Douglas Mwonzora- led MDC-T, which has voted with the ruling party twice to pass the amendments.

A fortnight ago, Senate passed Constitution Amendment Number 1 changing the procedure for the appointment of the chief justice, deputy chief justice and judge president of the High Court.

These appointments will be made by the president after consultation with the Judicial Service Commission, once Mnangagwa signs the Bill into law.

Constitution Amendment Bill Number 2 approved by the National Assembly last Tuesday seeks to remove a clause in the supreme law on electing vice-presidents.

The clause that was meant to come into effect in 2023 would have introduced running mates for presidential election candidates.

If the Bill is passed by Senate as largely expected, it means a president will continue to appoint his or her deputies and that in the event of a president dying in office or being incapacitated, the ruling party will choose a successor.

The Bill also seeks to extend the tenure of senior judges, among a raft of other proposed amendments.

"By rushing to enact the Bill, the ruling party is preparing ground for 2023 elections by repurposing constitutional institutions for his (Mnangagwa) political survival agenda," Kika said.

University of Zimbabwe political science expert Eldred Masunungure described the amendment on the running mate clause as the "most dangerous" change.

"The amendment creates rulers and not leaders," Masunungure said.

"Even Mnangagwa himself was a victim of the craving for centralisation of power, where he was sacked shortly before the removal of Mugabe from power

"The sole reason then why he would consent to the amendments is his desire to consolidate power, which then promotes autocratic leadership.

"The amendment destroys the whole essence of democracy and the rights of the electorate.

"It discredits Mnangagwa's pledges to reform politically; a void left by his predecessor Mugabe and reverses his engagement efforts."

Dewa Mavhinga, southern Africa director for Human Rights Watch, said the 27 clauses were designed to weaken the powers of the two other arms of the government, namely the judiciary and legislature.

"This ultimately weakens the fourth estate, which is the media, thus an autocratic state," Mavhinga said.

"The Bill is being fast-tracked in the face of the chief justice's impending mandatory retirement in May 2021 when he reaches 70 years, since it allows the president to extend the service of Constitutional Court and Supreme Court judges beyond the current retirement age of 70

"This will strip those judges of their security of tenure, hence their independence since they will hold office from year to year subject to the president's consent."

Mwonzora defended his party's support for the amendments, saying they wanted to protect a clause seeking to extend the quota system for women and youths seeking to enter Parliament, but Kika said that did not warrant the amendment of the constitution.

"The proposal to extend the women's quota system could be addressed by the Zimbabwe Electoral Commission fully implementing provisions of the constitution on gender equality as provided in the national objectives chapter or through an amendment to the Electoral Act to fully align electoral laws and regulations with the constitution," he said.

"Extending the quota system for another two terms of Parliament is a temporary strategy.

"The same legislative and administration measures could be taken to safeguard youth participation.

"The delimitation provisions could simply be addressed by aligning the Census and Statistics Act with the constitution."

The Zimbabwe Human Rights NGO Forum described the passing of Constitution Amendment Number 2 as a huge blow to democracy in Zimbabwe.

"This marked the death of democracy in Zimbabwe," the Forum said. "The Constitution of Zimbabwe (No.2) Bill is manifestly conspicuous in its intention to consolidate and solidify the president's position ahead of the 2023 elections and beyond.

"This is derived from key proposed changes such as removing the running mate clause and extending the tenure of judges, among other key changes."

The coalition of 21 human rights organisations added: "The extension of tenure of judges would ensure that the chief justice retains power, unfortunately, for the seeming purpose of securing and protecting the government interests during legal processes.

"This is set to widen the gap between citizens and the state due to a mutual lack of trust and suspicion.

"Suspicion on the part of the state has been observed through the daily deployment of law enforcement officers at every street corner in major centres, as well as the proposed Patriotic Bill."

Zimbabwe Human Rights Association (ZimRights) director Dzikamai Bere said the legislators, who voted for the amendments had betrayed the people.

"Amendment Bill Number 2 is the single deadliest blow to our constitutionalism so far," Bere said.

"It is a tragedy that the people, who claim to represent the people of Zimbabwe are acting with impunity against the very people they purport to represent.

"I hope the people will punish them for this treasonous act."

ZimRights said the "Bill entrenches more power in the presidency. During public hearings held by Parliament, thousands of ZimRights members that participated in the physical and virtual public hearing spoke out against the amendments."

However, Mnangagwa's spokesperson George Charamba defended the amendments claiming they were meant to stabilise political parties.

"Giving the president powers to appoint his vice-presidents is not aimed at consolidating power, but to stabilise the party," Charamba said.

"It does not only apply to Zanu PF, but to any other political party; and also not only in Zimbabwe, but in many countries across the globe.

"It causes unnecessary power jostling, resulting in destabilisation of the party."

In 2017, the military had to intervene and topple Mugabe after Zanu PF failed to manage his succession.

Mnangagwa emerged as the biggest beneficiary of the coup as he was installed as the president.

On his return from brief self-imposed exile in South Africa, he claimed Zimbabwe was witnessing a "new and unfolding democracy" as he sought to distance himself from Mugabe's legacy of authoritarian rule.

Critics say Mnangagwa has gone back on his promises as he consolidates power and entrenches his rule.

He is also accused of trying to create a one-party state by dismantling the mainstream MDC Alliance through targeted arrests and allowing the more pliant MDC-T to recall opposition legislators and councillors.

Tens of Mnangagwa critics have also been thrown behind bars for political crimes amid claims of persecution by the MDC Alliance.

Mugabe's 37-year rule was characterised by violent clampdowns against the opposition and the manipulation of the constitution to extend his time in power.

Mnangagwa was a Mugabe right-hand man until they fell out spectacularly on the eve of the coup as they fought over the highest office in the land.