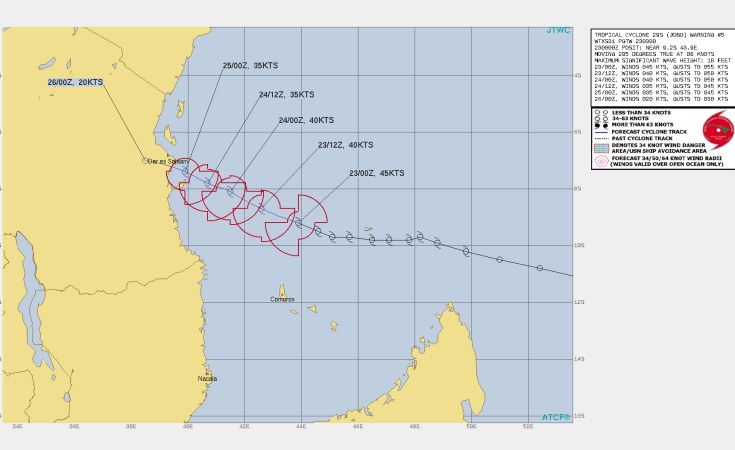 Dar es Salaam — Tropical Cyclone Jobo reportedly made a weak land fall on Tanzania's coast line on Sunday after losing its momentum in the last six hours, the Tanzania meteorological Authority has said.

As a result, normalcy has returned to the commercial capital Dar es Salaam that had braced itself for the wrath of the storm for the first time in since independence.

In a statement released early Sunday April 25,the cyclone lost its momentum as it made a land fall in areas of South of Pwani and Dar es Salaam regions on the night of April 24 as a result its effects were not felt as earlier on expected

"The situation was as a result of continued strong winds in the direction of Cyclone Jobo. Rain clouds that accompanied the cyclone have alsospread to the sea and coastal areas of Tanzania and Mozambique, "the statement said.

According to the report, Jobo is currently not in Tanzania and no direct damage is expected.

However, the report noted that the remains of the clouds that accompanied the cyclonecould cause rain in some parts of the Coastal Zone.

Records show only two other tropical cyclones have ever made it to the shores of Tanzania since the 19th century: the "Zanzibar Cyclone" of 1872 and Cyclone Lindi of 1952. The two storms struck the nation 80 years and one day apart on April 14 and 15 of their years, respectively.

On average, tropical cyclones affect Mozambique once per decade, according to CNN meteorologist Brandon Miller, and only four have ever made landfall with category 3 equivalent or stronger winds since 1950. 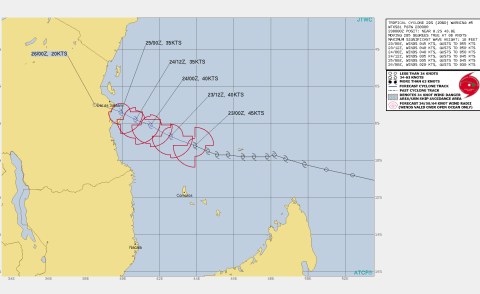 Cyclone Kenneth Kills in Comoros, Then Hits Mozambique, Tanzania
Tagged:
Copyright © 2021 The Citizen. All rights reserved. Distributed by AllAfrica Global Media (allAfrica.com). To contact the copyright holder directly for corrections — or for permission to republish or make other authorized use of this material, click here.