Mozambique: Stalemate Continues - Only Private Food is Reaching Palma, With No UN or Official Help 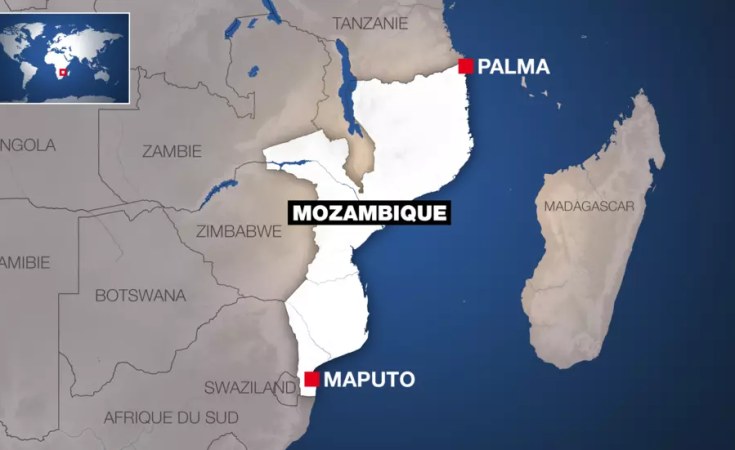 The stalemate continues, with government insisting it must distribute humanitarian assistance in Palma, but having no system to do so. Meanwhile government has barred anyone leaving by sea, and will not even allow fishing boats because those were used earlier to transport people leaving.

Two weeks ago a barge arrived in Palma with six lorries, which are said to have driven around Palma looking for someone from the government's INGD (Instituto Nacional de Gestao e Reducao do Risco de Desastres, ex INGC) to distribute the food. Finally the loaded lorries were sent back to Pemba. About 10 days ago 100 tonnes of food and other emergency supplies organised privately arrived in Palma, but has disappeared.

Frelimo Secretary General Roque Silva and a delegation visited Palma Sunday 18 April and addressed rallies. In Quitunda, the resettlement town at the gates of Afungi, he said Frelimo was giving 20 tonnes of food. But the private businesses sending food to Palma said the 20 tonnes had been taken from their 100 tonne delivery. But there are no reports of even the 20 tonnes being distributed.

Meanwhile the World Food Programme (WFP) and other agencies are still not sending food and other essentials to Palma. They have been ready to send for two weeks, but cannot obtain agreement. They insist on doing their own distribution. The apparent disappearance of the 100 tonnes and the realisation that INGD has no distribution system has made them even more anxious about releasing aid to the military or a government agency.

This hard line is not totally accepted, however. One business person stressed the priority is to get food and medicines into Palma, They said there was a need for mutual "respect". People distributing food would be given "respect" in exchange for showing "respect" for the local authorities - Frelimo and the defence forces. In effect, that means negotiating an arrival tax. WFP appears to have been unwilling or unable to negotiate the terms of mutual respect.

There is some food to buy, but food prices are rising and there is increasing tension. For most people, there is no food or clean water, and disease is increasing - particularly malaria - but health services are closed.

Neighbours Debate Joining Mozambique's Fight Against Insurgents
Tagged:
Copyright © 2021 Mozambique News Reports And Clippings. All rights reserved. Distributed by AllAfrica Global Media (allAfrica.com). To contact the copyright holder directly for corrections — or for permission to republish or make other authorized use of this material, click here.