Rwanda: How Effective Are Drones in Rwanda's War On Malaria? 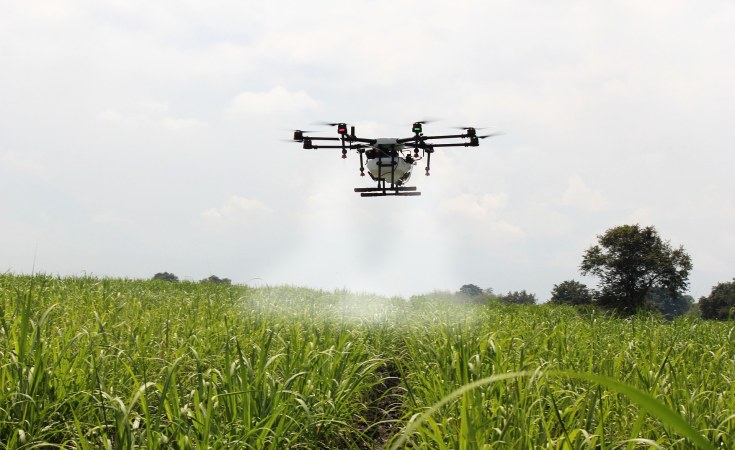 Herney Gómez/Pixabay
A drone being used to spray crops.
The New Times (Kigali)
By Donah Mbabazi

In the face of the current Covid-19 pandemic, the world is still grappling with malaria elimination.

On Sunday, April 25, as the world celebrates World Malaria Day, health organisations and partners share experiences and reflections on efforts to end malaria.

Rwanda, among other countries, has turned to technology as an effective and innovative way of eradicating malaria.

Early last year, Rwanda introduced the use of drones to fight malaria-carrying mosquitoes. This was done through the partnership between government and Charis Unmanned Aerial Solutions, a local drone technology company.

The initiative was established to complement the already existing strategies to prevent and combat malaria such as indoor residual spraying and use of mosquito nets.

Dr Aimable Mbituyumuremyi, the Division Manager for malaria and other parasitic diseases at Rwanda Biomedical Centre (RBC) said, in collaboration with Charis and Society for Family Health, drones helped in precision mapping of mosquito breeding sites and in spraying the larvicide in Gasabo District.

Preliminary results show a decrease in mosquito density and potentially contributing to malaria cases reduction in targeted areas, he said.

Paul Kamali, Director of Malaria Programme at Charis said spraying using drones has made impact in the fight against malaria.

The pilot phase began in Gasabo District, Jabana sector, with plans of rolling it out to other parts of the country.

Kamali said the pilot project showed tremendous impact; they were able to spray Bacillus thuringiensis subspecies israelensis (Bti)-which is a bacteria found in soil and used as a larvicide that kills premature mosquitoes known as larvae.

Kamali highlighted challenges that constrained the project especially in the beginning, where budget was insufficient but this has been resolved, and that they are scaling up this intervention in other districts.

On this note, Mbituyumuremyi added that funds are needed to sustain and increase the coverage of malaria control interventions, multi-sector collaboration and community engagement in malaria response.

Tackling malaria during a global pandemic

More than one year into the global Covid-19 pandemic, substantial disruptions to health services persist across the globe, information from the World Health Organisation indicates.

According to the results of a new WHO survey, approximately one-third of countries around the world reported disruptions in malaria prevention, diagnosis and treatment services during the first quarter of 2021.

In many countries, lockdowns and restrictions on the movement of people and goods have led to delays in the delivery of insecticide-treated mosquito nets or indoor insecticide spraying campaigns.

Malaria diagnosis and treatment services were interrupted as many people were unable - or unwilling - to seek care in health facilities.

WHO is calling on all people living in malaria-affected countries to "beat the fear": people with a fever should go to the nearest health facility to be tested for malaria and receive the care they need, within the context of national COVID-19 protocols.

Ahead of World Malaria Day, country leaders, frontline health workers and global partners came together in a virtual forum to share experiences and reflections on efforts to reach the target of zero malaria.

In Rwanda, celebrations started a week ago with training of district staff who will facilitate a new initiative- integrated vector management- as a way of continuing the fight against malaria. The initiative will focus on outdoor spraying in communities.

Mbituyumuremyi said the aim is to impart them with skills such that they are able to train people, community health workers, rice farmers, and mining companies, among others.

The plan is to train 250 people countrywide. Currently, they have so far trained people in Rubavu, Muhanga, Huye and Rwamagana districts.

In addition to this, messages on the prevention and fight against malaria are to be shared on radio stations and television.

"We also hope to make use of drones that will distribute messages on malaria control that will work in Kigali and Bugesera on that day but they will continue the whole week."

How Drones Are Fighting Rwanda's War on Malaria

Rwanda Optimistic About Latest Breakthrough in Search for a Malaria Vaccine