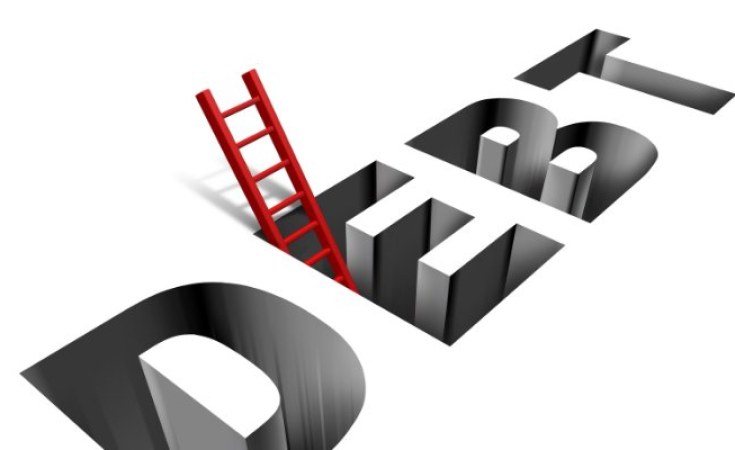 Uganda's total public debt has hit a record Shs65.82 trillion as of December 2020, up from Shs49 trillion in 2019, with a Shs16.82 trillion increment due to increased government borrowing.

This means that of the estimated 43 million Ugandans, each one owes lenders Shs1.5 million.

The country's public debt portfolio is projected to swell in the next financial year, with economists warning that it could surpass the 50 per cent threshold-hence becoming untenable.

Debt held by the public is often expressed as a percentage of Gross Domestic Product (GDP), which measures the capacity of the economy to support such borrowing. This is particularly useful in comparing debt levels over time and among countries of different sizes.

Giving justification for the heavy debt burden, government defended that it borrowed to finance key infrastructural projects such as transport, oil and gas sectors, and to address the negative economic impact of the Covid-19 pandemic.

Ministry of Finance officials led by the line minister Matia Kasaija made the communication during a media engagement on the country's Budget in Kampala on Friday.

Mr Moses Zziwa, the acting commissioner in charge of debt policy and issuance at the Finance ministry, warned that the rise in public debt brings Uganda closer to its threshold, which poses a big risk for the country.

"In regard to that, the nominal debt to GDP as at December 2020, stood at 47.2 per cent, compared to 38 per cent as of December 2019 and at 42 per cent as of June 2020. So public debt is projected to rise to 51.9 per cent of the GDP in the Financial Year 2021/2022, because government will borrow to finance those key infrastructural projects, especially of transport, oil and gas sectors," Mr Zziwa said.

Debt-to-GDP ratio is a measure that compares what a country owes (total debt) and what it produces (manufactures or a service). The ratio reliably indicates a country's ability to pay back its debt.

A high debt-to-GDP ratio may make it more difficult for a country to pay both internal and external debts and may lead creditors to seek higher interest rates when lending due to the low credit rating of the country that pushes its lending risk high.

For Uganda, while tax collections have improved considerably over the years, the tax-to-GDP has not grown correspondingly.

Mr Zziwa said the government financed infrastructure projects such as roads, energy, irrigation, oil and gas projects, which is in line with offering a conducive environment for investments, which in turn will boost the economy.

"Secondly, there is need to finance infrastructure such as the Standard Gauge Railway, the East African Crude Oil Pipeline and the oil refinery among others. There is also low revenue upturn resulting from low economic activities as a result of Covid-19 pandemic and so this will require additional borrowing because the domestic revenue is affected," he said.

The debt is projected to decline thereafter on account of domestic revenue beginning to generate more money as a result of heavy government investment, according to Mr Zziwa.

Figures obtained from the Ministry of Finance, Planning and Economic Development's Budget estimates indicate that as of December 2020, the total public debt stock stood at $17.96b, (Shs65.82 trillion), indicating an increase from $13.3 b (Shs49 trillion) as of December 2019.

Mr Zziwa said most of the external debt is from multilateral and bilateral creditors and commercial banks, which contributed up to $11.67 billion, while domestic debt is mostly from government bonds and treasury bills.

Mr Kasaija on his part projected a brighter future for the country, arguing that while the public debt has been increasing at an alarming rate, most of the investments for which money was borrowed would soon begin to generate domestic revenue and government will reduce on its borrowings as the domestic revenue increases.

"Even me I don't like borrowing but in this case, we don't have any options, but to borrow to finance some of these big projects," he added.

The latest Auditor General's (AG) audit report indicates that though Uganda's GDP has been increasing over the years since 2013/2014, its debt position has also increased.

"The rate of increase of debt is higher than the rate of increment in the GDP levels, which creates a risk of reaching the unsustainable levels sooner than later," the report says.

The report says this has begun to translate into higher cost of borrowing, which may deny future generations the opportunity to sustainably borrow.

It also says a review of the loan disbursements revealed that several loans worth Shs1.3 trillion appeared to be performing poorly, with some nearing expiry, while others reached the closing date without fully disbursing. "Such low levels of performance undermine the attainment of planned development targets and render commitment charges paid in respect of undisbursed funds nugatory," the audit report indicates.

"I noted that a total of €2.2 million (Shs9.2b) has so far been paid in respect of three loans as commitment fees for the undisbursed funds," the report adds.

Officials at the AG's office also warned that the trend may continue because government must finance infrastructure projects for the expected oil flow, financing the national development programme in addition to what is anticipated in NRM party manifesto.

What the debt means

Mr Patrick Amuriat Oboi, the Forum for Democratic Change president, called the debt burden "a disaster". "This (the borrowing) has gone beyond unacceptable levels. Our economy is on its way to collapse and at the current rate, we are soon going to be declared highly indebted poor country. We need to stop consumptive expenditure such as creating new administrative units," he said.

Dr Fred Muhumuza, an economist and a lecturer of Economics at Makerere University, said: "The country is borrowing more to service the old debt, paid using 20 per cent deductions from the national Budget, and this could curtail service delivery. Borrowing also means all revenues are looking backwards and any little money borrowed means you are entering a debt cycle."

Mr Corti Paul Lakuma, a research fellow at the Economic Policy Research Centre Ugandans, said: "Uganda's only problem is the indiscipline because many times we don't use the money we borrow for the purpose it was intended. We should worry about the governance not the threshold because if we use the money correctly, we shall be able to recover and repay the debt."

Uganda Debt Network earlier this month said: "Debt servicing continues to take a huge portion of government revenues, however much tax measures we put in place, all the monies collected will go into debt repayment for as long as we don't streamline our borrowing against development financing."