Nigeria: No, 60% of Women in Nigeria Don't Give Birth At Traditional Attendants' Facilities 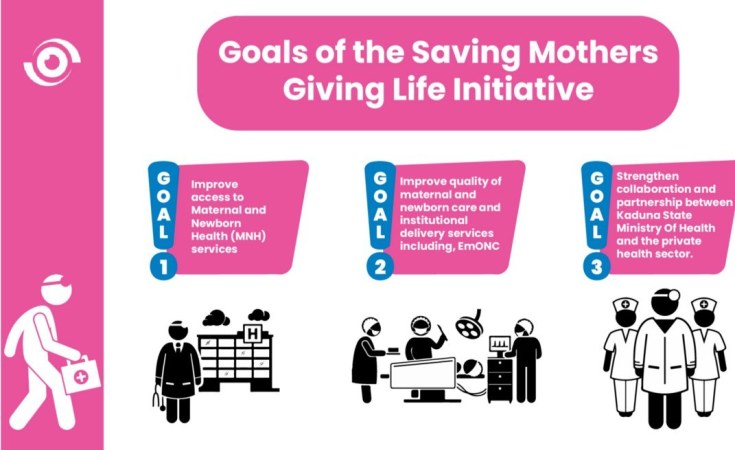 During a conference on traditional health in Nigeria, an expert said more than 60% of women in the country delivered their babies in facilities owned by traditional birth attendants.

Two recent surveys indicate that six in 10 mothers gave birth at home, with the rest delivering their babies at modern health facilities.

But giving birth at home, even under the care of a traditional birth attendant, is not the same as delivery in a facility owned by the attendant.

One of them, Dr Moyo Kasim, head of the Lagos State College of Health Technology, said alternative medicine was part of Nigeria's culture.

Countries such as China and India offered both orthodox and traditional treatment side by side in hospitals, he said.

Who are traditional birth attendants?

Kasim was accurately quoted, the Lagos health college told Africa Check. But the college is yet to give us the source of the statistic.

The WHO says traditional birth attendants are often mature women from the communities they serve who speak the language most common there and are an integral part of the local religious and cultural system.

Trained traditional attendants have upgraded their skills in a short training course provided by the modern health sector.

Where do women deliver their babies?

A home delivery is, as the term implies, birth at the mother's dwelling. Most home deliveries in developing countries were assisted by a traditional birth attendant, Babagana Bako, a professor of Feto-Maternal Health at the University of Maiduguri in north-eastern Nigeria, told Africa Check.

The birth attendant may perform deliveries in their home or in a facility they run, Bako said. But in these facilities, important requirements for safe delivery are missing. These include the presence of a skilled birth attendant and adherence to asepsis - hygiene - during labour.

"Hence, delivery in a traditional birth attendant facility is technically a home delivery."

The 2018 survey interviewed 41,821 women aged 15 to 49 across Nigeria's six geopolitical zones, asking them where they had given birth.

Roughly 59% said they gave birth at home, and 39.4% did so in a modern health facility.

The 2016/17 Multiple Indicator Cluster Survey also has data on the location of births.

'Claim only true for deliveries at home'

The claim is only correct if it includes all women whose labour was assisted by traditional birth attendants both at home and in the attendants' facilities, experts said.

"Because the demographic health survey said 59% of Nigerian women give birth at home does not mean these women gave birth in the facilities of traditional birth attendants," Prof Christopher Aimakhu told us. He is the secretary-general of the Society of Gynaecology and Obstetrics of Nigeria.

He added: "You wouldn't find data on the number of facilities owned by traditional birth attendants because this is not skilled delivery; the Ministry of Health doesn't register them. The claim is not true."

Reliance on traditional birth attendants could contribute to maternal and infant mortality, according to John Ekabua. He is a professor of Adolescent Gynaecology and Reproductive Health at the University of Calabar in southern Nigeria.

"This is because they assume the role of a skilled birth attendant, which they should not. In developed countries, traditional birth attendants don't exist. Because Nigeria is a developing country, you find this set of people handling childbirth."

But Ekabua added that there was a place for traditional attendants in healthcare. This could include, for example, being the contact people under the birth preparedness and complication readiness plan. This is a manual by the Bloomberg School of Public Health at John Hopkins University and the non-governmental organisation Family Care International, both in the US.

"Their role would include registering all pregnant women in the community, linking them to a skilled birth attendant, arranging transportation for a woman in labour, arranging for blood transfusion when needed and having access to emergency funds," Ekabua said.

Conclusion: No data on facilities owned by traditional birth attendants

In making a case for more traditional approaches to healthcare, the head of the Lagos State College of Health Technology said six in 10 women in Nigeria gave birth at facilities owned by traditional birth attendants.

Available data shows that roughly 60% of mothers give birth at home. But this isn't the same as giving birth at facilities owned by traditional attendants.

Because the deliveries aren't counted as "skilled", health authorities don't keep data on these facilities.

The claim is inaccurate.

Why Nigeria's Maternal Mortality Amongst Highest in the World