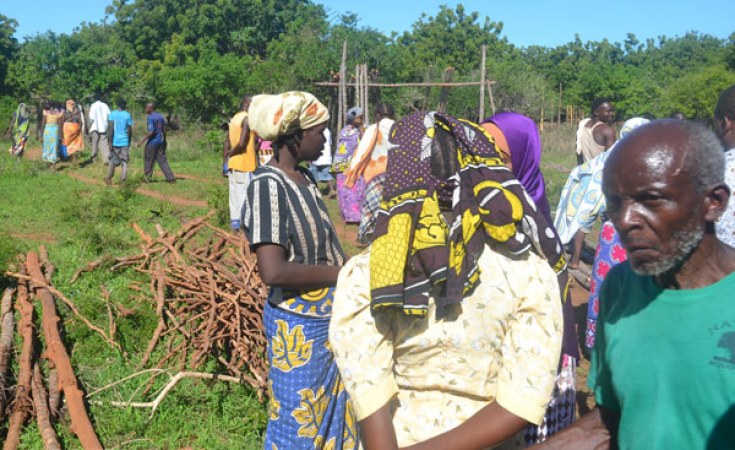 Hundreds of families evicted by Tana and Athi Rivers Development Authority (Tarda) from their homes in Makima, Embu County are now being accommodated in public schools as they ponder their next move.

The families, who were evicted by police from a disputed land over the weekend, are sleeping on cold floor at Ndunguni, Muthithu and Mwanyani primary schools in Mbeere South.

The learning institutions do not have water and sufficient toilets. The families appealed for food donations from well-wishers.

"Life is difficult. Please assist us before we starve to death," said Ms Elizabeth Muoki.

Mbeere South MP Geoffrey King'ang'i said the families are grappling with a dire situation amid the Covid-19 pandemic.

"They are living in crowded classrooms and they can easily be hit by the pandemic if urgent measures are not taken. They have no masks, sanitisers and water for washing hands," he said.

The MP observed that the families need materials to rebuild their houses, which were demolished by police.

"I talked to Interior Cabinet Secretary Fred Matiang'i and his Principal Secretary Karanja Kibicho and they assured me that the affected families will be resettled in their former homes," he told the Nation.

The families were rendered homeless on Saturday. Heavily armed police descended on Ndunguni,Twanyonyi,Muthithu, Kituneni,Nunga and Mwanyani villages, accusing the residents of encroaching on 66,000 acres of land belonging to Tarda.

During the operation, one person was shot and seriously injured while Mr King'ang'i and nine journalists who were covering the eviction exercise were arrested and locked up at Matuu police station in the neighbouring Machakos County for questioning.

Property worth millions of shillings was destroyed during the evictions.

The police said they were enforcing a court order that had been obtained by Tarda to evict the residents, who had been living and growing crops along the Masinga and Kiambere dams.

Tarda farm manager Ronald Makenzie said the land was acquired in 1974 for the construction of Masinga dam but thereafter the residents invaded and started utilising it unlawfully.

Mr Makenzie said after many years of the legal tussle, the Embu Land and Environment Court ruled in favour of the Authority and issued an eviction order. But the residents noted that they settled on the land decades ago and will never leave.

They claimed highly influential personalities who want to grab the land were behind the evictions. However, Mr Makenzie dismissed this as propaganda.

Hundreds Homeless as Battle for Embu Land Rages On

Hundreds Homeless As Battle for Disputed Embu Land Rages On