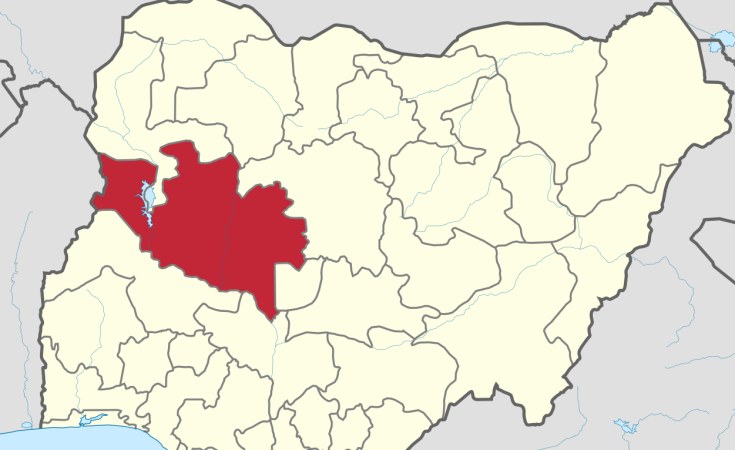 About 15 senators contributed to the debate on the worsening security situation across the country.

Nigerian senators on Tuesday asked the leadership of the National Assembly to have a meeting with President Muhammadu Buhari and brief him on the state of insecurity in Nigeria.

This was one of the many resolutions adopted by the lawmakers after deliberations on kidnappings and banditry across the nation.

During the debate, a Niger State senator told his colleagues that 42 communities in the state were being occupied by Boko Haram.

In his contribution, Opeyemi Bamidele, a senator from Ekiti State, asked the Senate to "mandate the leadership of the National Assembly to book an appointment with the Commander-In-Chief on behalf of the 109 senators... because I'm not convinced that Mr President is aware of everything that's happening."

"... we need to be able to tell our constituents that we met with the commander-in-chief and this is what is being done," he said.

Mr Bamidele was suggesting an addendum to the resolution on insecurity - which was adopted.

The lawmakers also resolved to invite the Chief of Army Staff, Ibrahim Attahiru, and heads of other security agencies for a meeting with the Senate.

In the same vein, the Senate Committees on Foreign Affairs and National Security were mandated to meet with the minister of foreign affairs, Geoffrey Onyeama and the Director-General of the Nigerian Intelligence Agency, Ahmed Abubakar, on the implications of the insecurity in Niger State.

The resolutions were sequel to a motion on the activities of Boko Haram insurgents in Niger State. The motion was sponsored by Sani Musa (APC, Niger East).

The motion came barely 24 hours after the Niger State governor, Abubakar Bello, confirmed that Boko Haram has hoisted its flags in Kaure and Shiroro local government areas of the state - about 140km to the Federal Capital Territory.

While he called for a more coordinated military action to fight the terrorists, Mr Bello warned that Kaure is less than two hours drive from Abuja and "nobody is safe anymore, not even those in Abuja."

Leading the debate on Tuesday, Mr Musa noted that the Senate has made several resolutions, set up an ad-hoc committee on security, appropriated budget and also advanced numerous steps to support Nigeria's security agencies.

"About 42 communities across the two local government areas of Shiroro and Munya Local Government have so far fallen under the Boko Haram control with about 5,000 villagers already displaced in the last three days.

"They have kidnapped many and their wives seized from them and forcefully attached to Boko Haram members. Three military camps in Allawa, Bassa and Zagzaga in the two local government areas have been sacked and some security personnel killed by the insurgents in the last one month of renewed attacks.

"Boko Haram terrorists have mounted their flags in many of the villages they have captured such as Kaure, Alawa and Magami," he said.

Lawmakers took turns to condemn the killings across the country. Over 15 senators made their contributions to the motion.

PREMIUM TIMES reported the worsening security situation across the country with over 200 people killed last week and over 44 others kidnapped.

"We cannot continue to allow Boko Haram to mount flags in Nigerian territories. What is our army doing? What are all security agencies doing? It has become so shameful that a great country like Nigeria will be in this type of terrible situation.

"It seems the federal government is handling this insecurity situation with kid gloves. People are dying every day and nothing is being done. No serious, concrete situation on the ground to confront these people."

Ike Ekweremadu, an Enugu senator, warned that any government that cannot protect its citizens has lost legitimacy.

He also said Nigeria should not be ashamed to seek international support.

"Time has come for us to, if possible, shut down this senate and find a lasting solution to this," he said.

Biodun Olujimi, an Ekiti senator, wondered why Nigeria recently sent out security officials for peacekeeping in another country when we cannot keep our own peace.

The bloodletting, she said, is out of hand.

"There is also lack of leadership. New service chiefs have come. Have we told them what to do and given them a timeline?"

The Senate, thereafter, called on the army chief and the Inspector General of Police to immediately deploy troops to defend the unarmed populace and bring back security to the affected communities.

They lawmakers called for a permanent military and police command base in the area adjoining Shiroro and Rafi local government areas respectively and to redesign the modus operandi of the military operations within the affected areas so as to curtail the escalating insecurity.

The lawmakers asked the president to order for massive recruitment of police officers and other security personnel.

Calls for Buhari to Step Down Over Insecurity in Nigeria
Tagged:
Copyright © 2021 Premium Times. All rights reserved. Distributed by AllAfrica Global Media (allAfrica.com). To contact the copyright holder directly for corrections — or for permission to republish or make other authorized use of this material, click here.