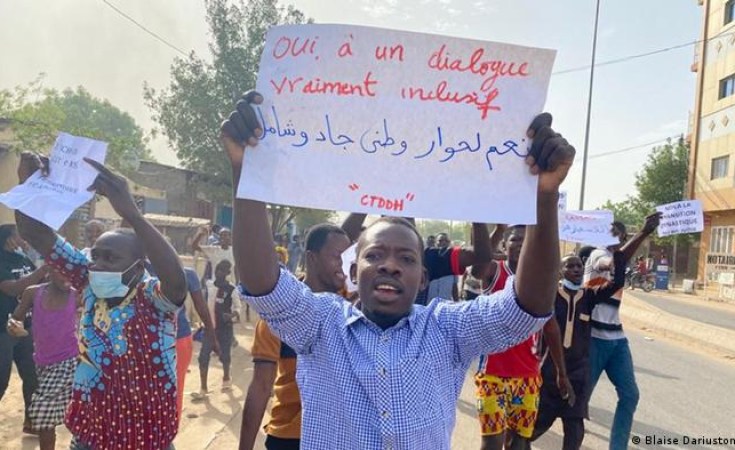 President Emmanuel Macron has backtracked on previous comments where he supported a civilian-military transition in Chad. The African country is in a state of flux following the sudden death of President Idriss Deby.

France shifted its stance on the Chad crisis on Tuesday, no longer backing a civilian-military transition in Chad and instead calling for a civilian national unity government and for elections to be held within 18 months.

However, Macron has since backtracked on that support, after opposition groups said what was taking place in the former French colony was akin to a coup.

Macron discussed the crisis with DR Congo President Felix Tshisekedi, currently head of the African Union, in Paris on Tuesday.

The two leaders condemned the treatment of protesters in Chad, where at least two people were killed and 27 injured as demonstrators took to the streets demanding a return to civilian rule.

"We want to express our concern about developments, and condemn with the greatest firmness the repression of demonstrations and the violence that took place this morning in N'Djamena," Macron told reporters at the Elysee Palace, as he stood alongside Tshisekedi.

The two released a joint statement pledging "support for a inclusive transition process open to all Chadian political forces, led by a civilian national unity government that should lead to elections within an 18-month delay."

Meanwhile, Macron called on the TMC to honor its commitment to "a peaceful and politically inclusive transition," warning that France, the former colonial power in Chad, was opposed to any attempt to simply designate Deby's successor.

"I am not in favor of a planned succession," Macron said.

Deby, who had been in power for three decades, was killed on April 19 while vising troops fighting rebels.

Anti-Succession Protest Killings Must Be Investigated

At Least 2 Killed During Protests 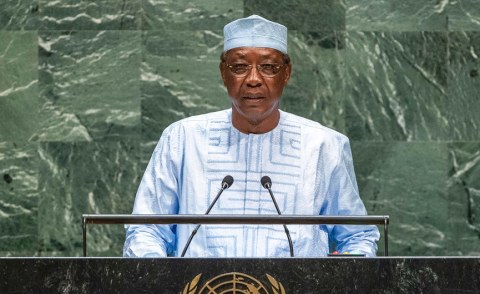 Chad's Military Junta Names New Transitional Govt
Tagged:
Copyright © 2021 Deutsche Welle. All rights reserved. Distributed by AllAfrica Global Media (allAfrica.com). To contact the copyright holder directly for corrections — or for permission to republish or make other authorized use of this material, click here.