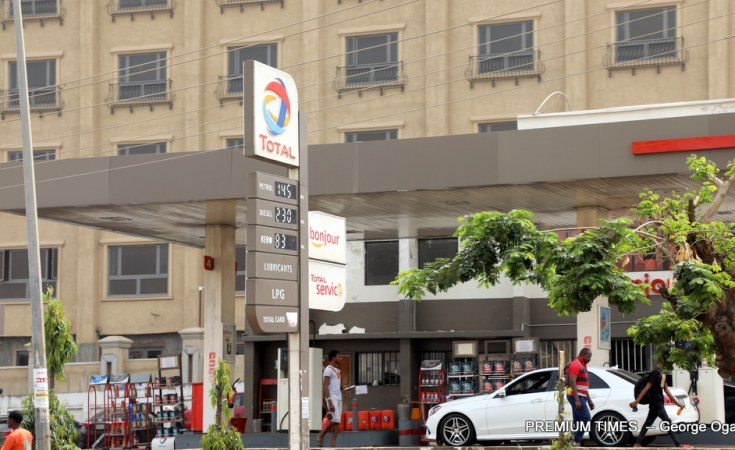 The announcement by the NNPC will have telling consequences for the nation's economy.

The Nigerian National Petroleum Corporation (NNPC) has said that it will remit nothing into the federation account in the month of May due to costs incurred from subsidy payments on petrol.

The NNPC made this known in a letter written to the Accountant-General of the Federation, where it explained that it recorded a value shortfall of N111bn in February 2021.

The shortfall, the NNPC said, will affect its contributions to federal allocations to states for April and May.

The announcement will have telling consequences for the nation's economy. Nigeria relies on oil receipts for most of its monthly expenses including workers' salaries.

The national oil company said the decision becomes necessary in order to bridge the gap between the landing cost and ex-costal price of petrol, ensure the continuous supply of petroleum products to the nation, and guarantee energy security.

The letter, seen by PREMIUM TIMES, was dated April 26 and signed by NNPC Chief Financial Officer, Umar Isa. Those copied in the letter include the Minister of Finance, Budget, and National Planning; the Director General, Nigeria Governors Forum; the Director Home Finance; and the Chairman, Commissioners of Finance Forum.

"The Accountant General of the Federation is kindly invited to note that the average landing cost of Premium Motor Spirit (PMS) for the month of March 2021 was N184 per litre as against the subsisting ex-coastal price of N128 per litre, which has remained constant notwithstanding the changes in the macroeconomics variables affecting petroleum products pricing," the NNPC said.

"As the discussions between Government and the Labour are yet to be concluded, NNPC recorded a value short fall of N111,966,456,903.74 in February 2021 as a result of the difference highlighted above. Accordingly, a projection of remittance to the Federation for the next three months is presented in the attached schedule.

In recent years, allocations to states have always dwindled amid slump in oil revenue and disruption in the global oil market, with FAAC meetings always ending in a stalemate.

Since the coronavirus disrupted global economy and reduced oil revenues, the sharing of revenues among state and federal governments at FAAC has always been steeped in controversies.

Earlier in the month, Edo State Governor, Godwin Obaseki, alleged that the government had to print an extra N60bn in March due to shortfall in FAAC allocation to states.

The CBN and the Finance Ministry, however, dismissed the claim.

The new development would likely shape proceedings and deliberations at the next FAAC meeting, as state governments scramble to settle overheads and fix infrastructure.

The payment of subsidy has been a controversial subject in the management of Nigeria's oil resources in the last decade.

While many Nigerians have called for its removal in order to enable the government invest the fund into other developmental projects, others have condemned such calls, citing it as perhaps one of the few "benefits" the masses enjoy from the government.

Some pressure groups, such as the organised labour, have advised the government to fix the refineries before removing fuel subsidy.

In March, a PREMIUM TIMES analysis showed that the nation may be expending a whopping N102.5 billion monthly to reduce the retail cost of petrol monthly. The NNPC in a subsequent press statement confirmed the projection.

A study supported by the British government estimated that Nigeria spent N10 trillion on subsidies from 2006 to 2018, more than the budgets for health, education or defence.

Millions of Nigerians use petrol to power their vehicles, tricycles, and motorcycles. In the midst of poor electricity supply, others power their generators with petrol.