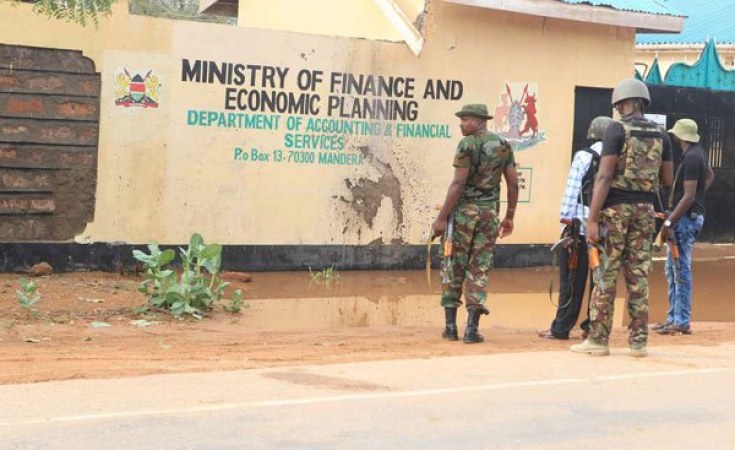 Different approaches by Kenya's county and national governments to al-Shabaab have made Mandera County a terror hotspot. The assaults started in 2011 when the Kenya Defence Forces entered Somalia to help that country fight the violent extremist group. Recent attacks on communication masts and the detonation of improvised explosive devices along major roads used by government and security officers suggest that al-Shabaab is there to stay.

Although the government has made attempts to push the terrorists out of Kenya, it won't succeed without community support and an extensive intelligence network. It also needs to address corruption - a problem that is destroying the trust of Mandera's people.

Kenya's authorities also need to find agreement on the terror threat and how to respond. County Governor Ali Roba has survived almost 10 al-Shabaab assassination attempts and has lost most of his aides. According to Roba, al-Shabaab controlled 50% of Mandera's major roads. However, Kenya's interior ministry Cabinet Secretary Fred Matiang'i refuted this, saying attacks had decreased - showing disagreement between the national and county governments.

Roba said Matiang'i's remarks contradicted the surge in al-Shabaab strikes in the county, which residents said numbered over 10 this year alone. While acknowledging the national government's efforts, the governor questioned its security committee's effectiveness in dealing with the problem.

Governor Ali Roba has survived nearly 10 al-Shabaab assassination attempts, and lost most of his aides

Mandera County Commissioner Onesmus Kyatha appealed to the local community to support the fight against al-Shabaab, inferring that residents allowed extremists to live in their midst. Security sources indicate that while the attackers often come from Somalia, those planning the assaults are locals living in Mandera. The police's frustrations often lead to extrajudicial killings, compounding already boiling community grievances against the state.

The group has also intensified attacks against civilians, especially non-locals. It frequently ambushes buses and other vehicles on the road, intending to kill or abduct passengers who aren't from the area.

Attacks on Kenyan Christians have negatively affected education, especially in Mandera and the neighbouring counties of Wajir and Garissa. The Teachers Service Commission withdrew the services of non-local teachers from the region, saying the government couldn't guarantee their security. Such reactive decisions could subject Mandera's children to a life of despondency and destitution - making them a fertile pool for future al-Shabaab recruitment.

Mohamed Adan, Mandera government's chief officer in charge of deradicalisation and countering violent extremism, told ISS Today that conflict between the Somali National Army and Jubbaland forces had pushed al-Shabaab from their hideouts along the Kenya-Somalia border into Kenya. This included areas previously free from the militant group.

Adan cited the January abduction of education officials and a driver along the Moyale-Bute road as an indication of al-Shabaab's expansion in the region. He said while the media and civil society played a critical role in preventing youth radicalisation and extremism in Kenya, this wasn't true for Mandera, where it was especially needed.

Residents told ISS Today that al-Shabaab's continuing attacks and harassment of people living along the border with Somalia had forced some locals to collaborate with the group out of fear for their lives.

Corruption in Kenya's security sector and failed or politicised intelligence gathering lie at the root of the problem. Studies show that corruption fuels terrorism by undermining counter-terrorism measures and destroying police-community trust. This has been the case in key battleground countries against extremist groups, such as Nigeria.

Illicit trading must also be curbed. The border town of Bula Hawa in Somalia and other unsecured entry points facilitate this illegal economy. On Somalia's side, local traders pay al-Shabaab militants bribes to negotiate their entry and exit from the country and help move contraband goods like sugar, rice, milk, and iron sheets. Militants have more control over the town than the national army.

While attackers often come from Somalia, those planning the assaults are locals living in Mandera

These bribes and associated commodity taxes are a vital source of revenue for the terrorists. At the same time, illicit trading is enriching Kenyan administrative and security officials. They've established relationships with the smugglers and, by extension, with al-Shabaab - making extremism good for illegal business.

In response, the government has set up military and police camps along the border with Somalia. But residents claim that both police informers and defectors are reluctant to share information for fear that their identities might be exposed to the militants. It's been reported that al-Shabaab targets and kills those believed to be government spies.

Mandera County's government has employed over 300 Kenyan reservists to support the police fighting al-Shabaab and has conducted public awareness among the local population. Many of these reservists have been killed by the extremists.

Last year Mandera residents, mostly youth, formed a vigilante group to protect themselves. They managed to push the militants out of their area temporarily, but the insurgents regrouped and retaliated against the vigilantes, killing four.

Illicit cross-border business must be tackled while building effective partnerships between the locals and security officials. Stringent border control measures and a functional education system in the county will inspire hope and help stop local recruitment into al-Shabaab.

Capacity building for civil society groups, community structures, local leaders and the media could also help prevent violent extremism in Mandera. Resources, both human and material, and training for all those involved in fighting al-Shabaab - such as elders and community leaders - are needed.

Without the effective implementation of the local and community level components of Kenya's National Strategy to Counter Violent Extremism and an extensive intelligence network, the country will struggle to combat terrorism.

Al-Shabaab Extorting Kenyans For Funding
Tagged:
Copyright © 2021 Institute for Security Studies. All rights reserved. Distributed by AllAfrica Global Media (allAfrica.com). To contact the copyright holder directly for corrections — or for permission to republish or make other authorized use of this material, click here.