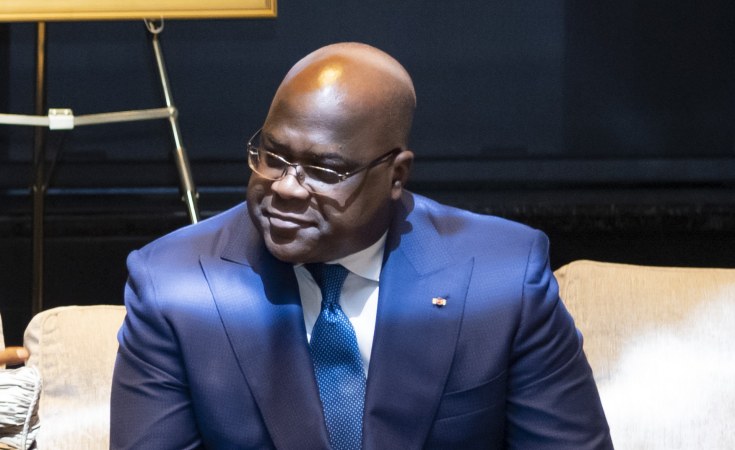 The Democratic Republic of Congo's newly appointed government should adopt a clear strategy for holding those suspected of criminal responsibility for grave human rights violations accountable, a coalition of 50 Congolese and international nongovernmental groups said.

President Felix Tshisekedi's new government, led by Prime Minister Sama Lukonde, has a historic chance to address past and recent serious crimes under international law, including those described in the 2010 United Nations Mapping Report. The government should deliver justice and reparations for victims and their families and carry out the long-awaited security sector vetting and reforms.

"Decades of impunity for serious crimes continue to fuel conflicts and abuses in Congo," said Dr. Denis Mukwege, the Nobel peace laureate. "President Tshisekedi should now act on his word to adopt a strategy to address the shocking absence of justice and the consequences of impunity."

In successive, multilayered armed conflicts that have devastated the country since the early 1990s, Congolese and foreign armies, as well as non-state armed groups, have committed countless crimes under international law, including war crimes and crimes against humanity, and grave human rights abuses.

President Tshisekedi has repeatedly vowed to restore justice and the rule of law. However, since taking office more than two years ago, he has failed to set out the concrete steps his administration will take to end impunity and cycles of violence. His previous government, led by former prime minister Sylvestre Ilunga, worked on two transitional justice decree proposals that only focused on nonjudicial initiatives and that failed to address the pervasive impunity gap in Congo. Transitional justice efforts will only be credible if they include and prioritize criminal accountability for serious crimes, in line with international law, the groups said.

The groups urged President Tshisekedi and Prime Minister Lukonde to publicly commit to making the fight against impunity a top priority, and to promptly provide a roadmap for transitional justice that should include the establishment of:

An international judicial mechanism or a mechanism with a strong international component to investigate and prosecute serious international crimes committed in Congo by both Congolese and foreign actors, including those documented in the UN Mapping Report, covering crimes committed between 1993 and 2003, and more recently. The judicial mechanism should, at least initially, be staffed by international and Congolese personnel. This could help build specialized capacity and expertise among Congolese judicial staff, and contribute to strengthening the domestic judicial system. It could also help protect against political, military, and economic interference in sensitive cases. This mechanism should respect international standards, and have adequate financial, material, and human resources to carry out its mandate. In addition, it should ensure victims' participation in the proceedings and provide accessible information about its work to the affected communities.

A vetting mechanism to identify and provisionally remove from their posts security force officers and other executive branch officials who may have been implicated in serious human rights violations, while their cases are in progress. The vetting mechanism should take into account reports by the UN Group of Experts on Congo, the UN Joint Human Rights Office (UNJHRO), the UN Human Rights Council, and Congolese and international human rights organizations. It should also go hand in hand with a robust Disarmament, Demobilization, and Reintegration (DDR) program for former armed group combatants, to separate out those accused of grave crimes from those immediately eligible for demobilization and reintegration. Those accused of grave crimes should be fairly investigated and, if there is sufficient admissible evidence, prosecuted.

A comprehensive reparations program for victims of serious international crimes and their families, including victims and survivors of sexual and gender-based violence, in line with international law, to help them rebuild their lives. The program should provide redress for harm suffered in the form of restitution, compensation, rehabilitation, satisfaction, and guarantees of non-repetition.

The Mapping Report, published in 2010, documented more than 600 incidents of serious violations of international human rights and humanitarian law committed in Congo between March 1993 and June 2003, including mass killings, sexual violence, attacks on children, and other serious abuses. The report's recommendations, including the establishment of a judicial mechanism to investigate and prosecute the crimes documented, have yet to be carried out.

About 120 armed groups continue to prey on civilians in the country's eastern regions, including several groups that have been responsible for large-scale killings and other serious abuses. Government troops have also played a major role in the recent violence, with allegedly abusive officers occupying senior positions in the chain of command. The recent large-scale atrocities and violence have also caused immense suffering elsewhere in the country, including in the central Kasai region and western Yumbi territory, and all but a few of the crimes remain unpunished.

The scale of crimes stands in stark contrast with the prevailing impunity, the groups said. Over the years, abusive warlords have been integrated into the Congolese army, the police, and the intelligence services. They have also been promoted and appointed to key political positions while remaining involved in abuses and profiting from the war economy. Congolese troops often use abusive armed groups as proxy forces, while foreign governments have provided support to abusive rebel militias with near total impunity. Armed groups and militias still control swathes of territory, harassing and imposing "taxes" on civilians, at times under the watchful eye of government soldiers.

Some efforts have been made to investigate and prosecute grave crimes domestically over the past 10 years, mostly through military courts, and there have been noticeable improvements in the conduct of some proceedings. However, these efforts have remained disparate and inadequate in view of the scale of the crimes. Moreover, serious shortcomings, including political and military interference, still hinder the judiciary's ability to tackle Congo's impunity gap.

The contribution of the International Criminal Court (ICC) - which only has jurisdiction over serious crimes committed after July 1, 2002 - to the fight against impunity in Congo has also been limited. The ICC has convicted three former rebel leaders for atrocities committed in Ituri from 2002 to 2003, but the Congo cases have failed to address accountability by senior political and military officials.

"Today's continuing violence in eastern Congo is a tragic reminder that too little has been done to hold human rights violators to account," Micheline Mwendike, member of the citizens' movement Lutte pour le Changement (Struggle for Change, or LUCHA) said. "Congo's new government should demonstrate that it's serious about providing young Congolese with a better future, and immediately take the steps necessary to deliver justice and reparations to the nation's many victims."