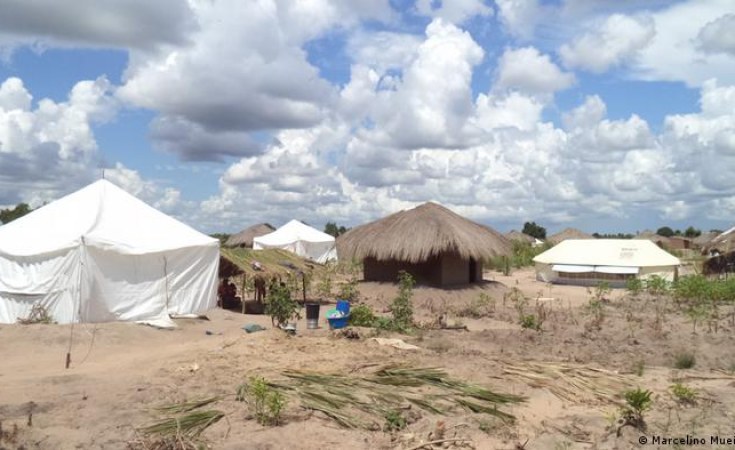 Marcelino Mueia/Deutsche Welle
Refugee numbers in northern Mozambique are growing, and there are concerns over malnutrition and hunger (file photo).
The East African (Nairobi)
By Arnaldo Vieira

Mozambique’s Cabo Delgado province is in the grips of a spiralling crisis as thousands of people flee their homes amidst violence, the United Nations World Food Programme (WFP) warned Thursday in a statement.

Recent attacks in Palma have affected 50,000 people. Many have fled Palma to Pemba on boats making their perilous journey over choppy waters.

“Thousands are still trapped in Palma and Quitunda, and WFP is working round the clock to secure access to those most in need. WFP has also been using boats from Pemba to reach those in remote areas, on surrounding coastal islands,” WFP said in the statement.

Thousands of people fled into the surrounding forest. The attack has seen a surge in the number of refugees fleeing the violence in the area.

Known locally as Al-Shabaab – but with no established relation to the Somali group of the same name – the militants in Cabo Delgado have launched a series of brazen raids on towns and villages in an apparent bid to establish an Islamic caliphate.

The attacks began in October 2017 on police stations in Mocimboa da Praia District, then spread to other districts in the northern part of Cabo Delgado, notably in Macomia, Palma and Nangade.

Meanwhile, according to data collected by the International Organization for Migration (IOM) nearly 4,000 people have fled in Palma in northern Mozambique in the past week, pushing the total number of displaced to almost 25,000.

“This week the IOM contributed $1.2 million to the response”, IOM adds.

Hunger persists and children are worst affected, with malnutrition worryingly on the rise.

WFP is in the process of scaling-up its response in northern Mozambique, with plans to assist 750,000 internally displaced people and vulnerable members of the local community across the provinces of Cabo Delgado, Nampula, Niassa and Zambezia.

WFP urgently requires $82 m to respond to the crisis in northern Mozambique and support the vulnerable, largely women and children, the WFP statement added.