Chad: Five Key Insights Into Déby's Leadership That Point to Where Chad May Be Heading 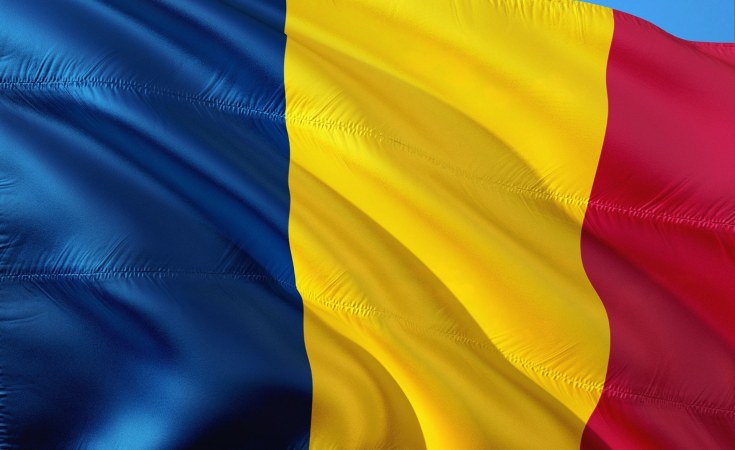 Chadian President Idriss Déby died in mid-April after more than three decades in power. The army announced that the 68-year-old leader died from injuries inflicted on the battlefield during clashes with rebels in the north of the country. Subsequent to his death, a military junta led by his son, Mahamat Idriss Déby, executed a military coup d'état dissolving the country's political institutions and constitution.

Rebellions and instability are far from being without precedent in Chad. Déby took power from his former mentor, President Hissène Habré as a rebel. Leading the rebel movement - le mouvement patriotique du salut - Déby ran Habré out of town and installed himself as head of state on 2 December 1990.

In the wake of Idriss Déby's death it seems likely that force will again be used to capture and retain political power, destabilising the country. The greatest weakness that confronts the new military junta is that they have no real claim to political legitimacy other than force.

I'm a researcher on civil-military relations, political violence, and regime trajectories in the vast Sahel region, which includes Chad. My analysis of Déby's time in power brings forth five key insights into his leadership that could also provide an idea of where the country may be headed.

Déby's rise to power had extremely violent beginnings. At 28 years old in 1979, he took up arms alongside the soldiers of Hissène Habré's FAN (forces armées du nord), during a tumultuous civil war between various factions of armed groups. Habré took control of N'Djamena in 1982. During the civil war, southern Chad experienced a near de facto secession.

Under Habré's rule, Déby commanded the Chadian national armed forces. In this role, he almost certainly led the "pacification" campaigns in southern Chad. These violent campaigns sought to eliminate potential threats to Habré's regime from southerners, and were responsible for mass atrocities. Thousands of civilians were killed.

In 2016, Hissène Habré stood trial and was found guilty of rape, sexual slavery, and ordering the killing of 40,000 people. Idriss Déby was never tried for his role in Habré's regime. Déby supported the investigation and trial of Habré - he managed to manipulate the process so that his role in the regime remained outside of the account.

Déby's violent beginnings persisted under his own tenure in power. He continued to target political rivals and rebel leaders in an effort to dissuade any challenge to his authority. Assassinations, attempted coups, and political violence punctuated his 30-year rule up until his death.

Multiparty system in name only

When Déby took power in 1990, he faced pressure to enact a multiparty political system. In 1993, he allowed for the organisation of a Conférence Nationale Souveraine, which brought together members of Déby's party the MPS (mouvement patriotique du salut), civil society, the civilian political opposition, and demobilised rebels leaders. They debated and drafted a constitution that enshrined a multiparty political system. The Conference then charged a transitional government to organise and hold a referendum on the drafted constitution within one year, but Déby had other ideas.

Déby removed the head of the council, delayed the referendum for two years and dramatically revised the drafted constitution so it included far fewer checks on executive power. The opposition acquiesced to achieve a multiparty system that many hoped would usher in political change.

During the 1996 presidential election, Déby's party rallied the support of several small political parties, dividing the opposition and securing his victory. He and his party repeated electoral victories in 2001 and 2002, despite the fact that in both instances the opposition strongly contested the results, with some candidates boycotting the elections altogether. Legislative elections would not be held again until 2011 as a consequence of instability and rebellion.

The Chadian government has failed to organise legislative elections since 2011, even though they were due in 2015.

No respecter of term limits

In 2005, Déby removed presidential term limits ahead of elections in 2006. The term limits would have prohibited him from running for reelection.

Their elimination sparked rebellions in the east and north of the country. This included members of his Zaghawa kinsmen who felt they'd been sidelined from power.

Rebel groups nearly captured N'Djamena on two occasions. First in 2006 when Chadian forces defeated the rebels before they entered the capital, and again in 2008 when a coalition of groups laid siege to the presidential palace, only to be repulsed by the Chadian armed forces with French military support.

Ultimately, Déby's use of violence and co-option enabled him to successfully defeat these rebel groups. He pitted his adversaries against themselves and had different peace agreements with Sudan that deprived the rebels of safe haven.

Some of these rebel groups persist today, including the Union of resistance forces (L'Union des forces de la resistance) which is led by Déby's nephew Timane Erdimi. They led an incursion into Chadian territory from southern Libya in 2019.

The Front pour l'alternance et la concorde au Tchad (FACT) - responsible for Déby's death - also has linkages back to the rebel groups that emerged in the 2000s.

A ruthless military tactician, Déby approached governance with significant autocratic calculation. He allowed a multiparty system with a degree of political pluralism, something that had been previously unthinkable under Chad's dictators or during the civil war. But this obscured a strategy of authoritarian entrenchment. A multiparty system brought many opposition actors out in the open, making them easier to manipulate, to bargain with, or to monitor.

Déby was highly skilled at exacerbating internal tensions within the political opposition causing parties, which would have otherwise been unified against him, to fight among themselves.

He doled out positions in government as patronage to important or threatening constituencies. He also played political actors against each other forcing them to make unpopular decisions - such as supporting the political opposition - causing them to lose support at home or be fully reliant on the regime.

In 2018, the constitution underwent a complete overhaul. The position of Prime Minister was eliminated and presidential term limits were reinstated, but non-retroactively so it wouldn't affect his tenure in power. It also raised the age requirement for presidential candidates.

That last reform was a case of strategic elections manipulation. Popular opposition figures, Yaya Dillo Djerou and Succès Masra, were both excluded from the April 11, 2021 elections. The Supreme Court cited their birth certificates as justification for the decision. The two younger candidates also happen to lead threatening political constituencies.

Idriss Déby's death has revealed the principal weakness of his authoritarian rule: a lack of popular legitimacy. This always threatened to topple the regime and trigger widespread insecurity through a very fragile region.

Under Idriss Déby, Chadian citizens have not prospered, nor have they truly known peace.

The use of force has historically been the only mechanism for the transfer of power in Chad. With Idriss Déby's death this appears unlikely to change for some time to come.