The Chief of Army Staff says the loss of equipment is normal in war situations.

Nigeria's chief of army staff, Ibrahim Attahiru, says recent attacks on military bases and the attendant losses of soldiers and equipment will not stop the military from winning the war against the Boko Haram insurgency.

Mr Attahiru, a lieutenant-general, said this on Thursday in Maiduguri, Borno State, when he paid yet another visit to the frontline.

It was the fifth time that the army chief was visiting the state since his appointment in February. The latest visit followed this week's attack on troops at Mainok village, where major military equipment was destroyed or reportedly stolen by the insurgents.

PREMIUM TIMES had reported that about 18 soldiers were killed while 43 of them were injured during the attack.

Mr Attahiru had, upon arrival at the Military Command and Control Centre of Operation Lafiya Dole, held a closed-door meeting with the troops' commander on recent happenings in the frontline.

Though journalists were, as usual, locked out of the briefing, the Theatre Commander had, in an open remark, commended the army chief for his frequent visit and providing them with all they needed to fight the war.

At the end of the meeting, the COAS told journalists that despite the constant attacks and losses on the side of the troops, he was still impressed with their performance.

He said his recent visit to the frontline was in line with the need to keep constant touch with troops to uplift their fighting spirit.

"The constant touch with troops and their commanders in the field is of the essence for every military operation, especially in a counter-insurgency environment," he said.

"The essence is to reassure the troops, get to hear from them if they do have issues they want us to discuss; it could be that of logistics, it could that of deployment, and then reassure them that Mr President, as the commander in chief, is aware of all they are doing here and he would do his best to provide the needed resources to execute this war to a logical conclusion.

'This, indeed, is not just this theatre, but any theatre that the Nigerian army is operating."

Mr Attahiru, who was a former theatre commander in Borno State, said the recent loss of major military equipment is not out of place in a war situation.

"In a military operation, this is a norm," he said.

"We have defeated Boko Haram severally. And if, for one time, they came to attack and we lose some equipment, even though we were never defeated, I can assure you that we will overcome, notwithstanding whatever had happened.

"We will take on Boko Haram decisively, and we are committed to the focus of the entire operation which is of course the total annihilation of Boko Haram from Nigeria."

The army chief later visited the troops' location at Molai, five kilometres from the main city of Maiduguri, where he addressed the troops. 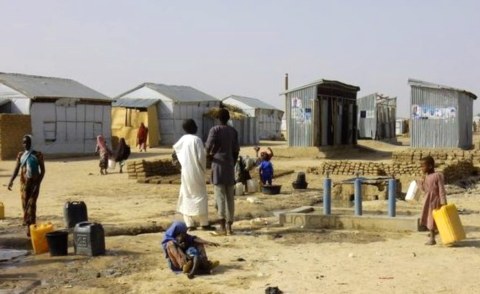 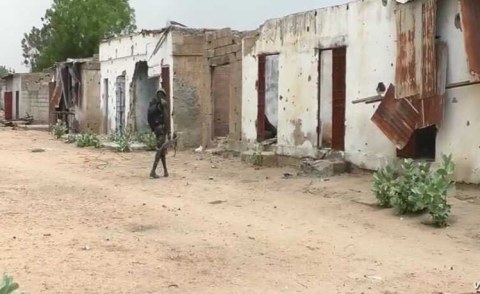 Boko Haram Leader Reported Killed in Clash with Rival Group
Tagged:
Copyright © 2021 Premium Times. All rights reserved. Distributed by AllAfrica Global Media (allAfrica.com). To contact the copyright holder directly for corrections — or for permission to republish or make other authorized use of this material, click here.