South Africa: Why Tokyo Olympics is Special for Erin Gallagher 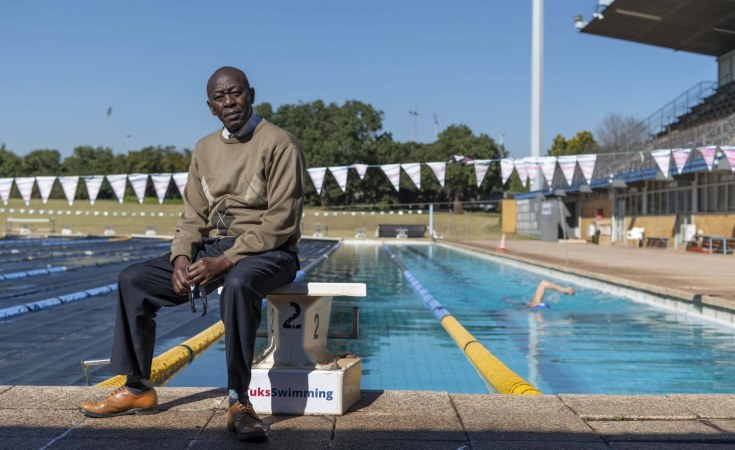 Ihsaan Haffejee/New Frame
Abel Mokoena does his work alone and loves it. He is keenly aware of what it means for the athletes to train from early in the morning in suitable temperatures, especially in winter.
New Frame (Johannesburg)
By Karien Jonckheere

The SA swimmer had a challenging Covid-19 experience as she was hit hard by the virus. But she was able to bounce back and claim three individual national titles. This is how she did it.

Swimming fast is all about breathing, filling the lungs with as much oxygen as possible to fuel the muscles. So when South African sprinter Erin Gallagher received news of a positive Covid-19 test, it was a particularly frightening prospect.

That was in October and it was only recently that the multiple national record holder started feeling her old self again.

Despite a harrowing few months trying to return to form and a period of hugely interrupted training, the 22-year-old claimed three individual national titles at the SA National Aquatic Championships held in Gqeberha from 7 to 12 April. Gallagher didn't swim as fast as she had hoped, but she was simply happy to be contesting at top level - and breathing normally again.

"It's been a five-month recovery for me, which is why I didn't really know what to expect coming into nationals. So I'm super happy that I'm able to swim and able to recover and be part of this awesome atmosphere," said Gallagher, who had thankfully already swum two Olympic qualifying times - in the 100m butterfly and 100m freestyle - prior to her Covid-19 struggle.

Gallagher isn't exactly sure where she contracted the virus, but it was during a trip to visit her friend Kristin Bellingan, also a national swimmer, in Pretoria that they both tested positive. What was meant to be a weekend visit turned into a three-week ordeal as the duo fought the virus.

"I pretty much had every single symptom. I had really bad headaches. The headaches actually lasted for two months after that," explained the Durban swimmer. "I also had brain fog. I don't know if anyone really knows of the brain fog symptom. We didn't before that, but we'd be mid-conversation and we'd suddenly just stop speaking to each other because we had no idea what we were speaking about, or what we just said. We were trying to put sentences together and we couldn't find certain words that we wanted to say. The brain fog, for me, has also lasted quite a while. I seem to be telling people the same stories over and over again.

"I also had the aches and pains, just tiredness. Extreme, extreme fatigue. That was a major one. My water bottle would be 2m away from me and I couldn't physically get myself to sit up and get the bottle. It was crazy.

"I had a couple of days where I lost both taste and smell and then one day it would come back. Another day my taste would come back and my smell would disappear, and it would alternate. So we would never really know what we were going to wake up to the next morning because every single day brought on a different symptom or something new."

Swimming was obviously out of the question, and being out of the pool for just a few days causes havoc with training programmes for any Olympic swimmer. But even simple breathing was proving difficult and that, of all the symptoms, was causing Gallagher the most anxiety.

"It was very scary. There were some days I remember saying to Kris, 'I can't breathe.' I couldn't really get that much oxygen. I wasn't getting a deep breath because I couldn't. My body just wasn't letting me do it, so my breathing was very shallow and a lot of the time I was quite panicky about it. But I kept reminding myself, 'Calm down, it's okay, you're fine. As long as you're getting little breaths in, you'll be fine.'"

Meanwhile, it turned out that being near the University of Pretoria (Tuks) during her illness was fortunate for Gallagher.

"Tuks university was doing a scientific study on athletes recovering from Covid, so I was very fortunate to be part of that. I think Rocco Meiring, the Tuks coach, got me on that and they did heart MRIs, they did ECG, lung [and] heart tests, everything. I think they spent quite a bit of money on research. They did blood tests too, so that was really awesome and I was so grateful to be part of it because then I knew what was going on.

"Then when I got back to Durban, my doctor was liaising with the Tuks doctor so I was having regular check-ups so my progress was always being monitored. Without that I think it would have been a lot more stressful. Initially, they did tell me that my heart and lungs were inflamed and irritated and they said I must take it easy before I get back in the pool. I think with that in my mind I was constantly thinking about it."

It wasn't until four weeks after contracting Covid-19 that Gallagher could muster enough energy - and air - to head back to the pool, but her return proved much tougher than anticipated.

"When I started swimming again, I was swimming 500m and that for me felt like I was swimming an open water 10km race. It was very scary and obviously a very hard couple of months. I was just waiting for that day to come when I could feel better. Every day, I would have to wake up and see how I felt because I could maybe swim 1km and then I was out for about three days. I couldn't swim after that. So I had to find the line of where to push myself and I had to juggle with that and go with how my body felt on that day."

For a world-class sprinter who is used to completing daily sets of between 4km and 6km with ease, the journey back to full fitness was a tough one, physically and mentally.

"I remember the first time I got back in the water, I wanted to do 500m. I did the first length and actually couldn't believe this was what swimming felt like. For me that was a really scary day, because I couldn't see the light at the end of the tunnel.

"Then I'd have some good days and then go backwards for a few days, so it went like a roller coaster for quite a while. This has been the hardest part of my swimming career so far, just from the mental side of it.

"A lot of the time I was battling with heart issues. When I went to see the cardiologist, he told me that everything was absolutely fine and a lot of it was coming from anxiety and stress. I think the stress that my body went through played on my mind throughout my whole recovery, so I think I might have been making things worse because I was so anxious about it."

While other swimmers had also struggled with the virus, few on the national team experienced symptoms as severe as Gallagher and Bellinger's.

"I think it was me and Kristin who struggled the most with it. I owe a lot of where I am today to her, because we leant on each other when we needed support. It was really tough. She knew what I was going through and I knew what she was going through, so that's what got us both through.

"I'm now able to swim with the squad again, so at least I'm keeping up with some of the other swimmers and I'm getting through the mileage, which is really awesome. But I'm really hoping that by the Olympics I'll be on my peak form again."

Tokyo will be the first taste of an Olympic Games for Gallagher. Whereas these Olympics will mostly be about gaining experience, the real target is Paris 2024, where she'll be gunning for a medal.

"I was thinking the whole year, how can they have an Olympics during this time? It's absolutely crazy, nowhere is safe, how are they going to do this? But I read an article - it obviously came from Tokyo - and they said they want to continue with the Games to unite the world in a time of crisis. And with this pandemic going on, they're showing that we can still come together and perform and compete together at a Games.

"When I read that I was like, okay, that makes total sense and I really want to be part of this team to go because none of this has ever happened before. It's unprecedented. Not to say it's cool to be part of it, because obviously there's a lot going on that's very sad around the world, but it is a privilege to be part of these Games."

Previous Story
Pieter Coetzé Is Young, but No Fish Out of Water
Next Story
Darian Townsend's Mission to Nurture Future Swimmers

Pieter Coetzé Is Young, but No Fish Out of Water 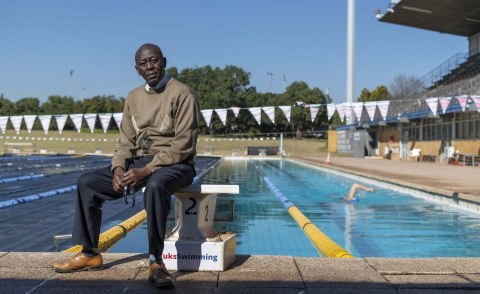 The Pool Superintendent Who Keeps Swimmers Afloat in South Africa
Tagged:
Copyright © 2021 New Frame. All rights reserved. Distributed by AllAfrica Global Media (allAfrica.com). To contact the copyright holder directly for corrections — or for permission to republish or make other authorized use of this material, click here.