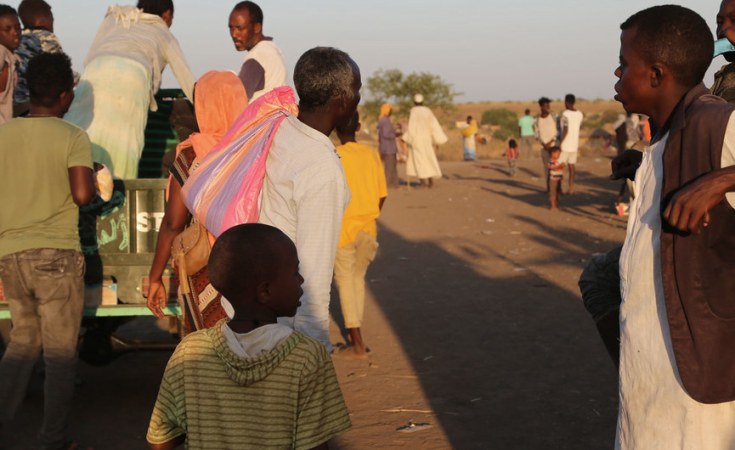 In a joint letter they wrote to the UN Security Council, the Tigray National Political Parties Forum (Salsay Weyane Tigray (SaWeT), National Congress of Great Tigray (Baytona) and Tigray Independence Party (TIP) urged the UN and larger international community to push for the immediate withdrawal of the Eritrean forces involved in Tigray war and hold them accountable for the war crimes and human rights abuses they have committed in the region over the past six months.

"While the evidence of the Eritrean army's active involvement in the genocidal war against the people of Tigray, alongside the Ethiopian Federal forces, Amhara militia and other foreign forces was abundant to the dismay of many, the international community's response was not strong enough to persuade the invaders to abide by the long standing covenants of the UN," the letter, seen by The EastAfrican, states.

According to the political parties, the war has already claimed "hundreds of thousands of lives", left millions of civilians displaced and over six million Tigrayans requiring immediate humanitarian assistance. They said that thousands of women were also subjected to sexual abuses.

"Beyond upholding international laws, the presence of Eritrean invading forces in Tigray is an obstacle for any international, bilateral or multilateral peace initiatives in the region.

"Furthermore; it has been demonstrated that it is unrealistic to deliver humanitarian aid to the millions of internally displaced and the general population in need of immediate sustenance support in the presence of the aggressors.

"The reconstruction of Tigray is also impossible while occupational forces are on the ground and continuing to deliberately inflict maximum damage to public and private institutions," the parties said.

They added that the unconditional and immediate withdrawal of the Eritrean army from Tigray should be the beginning of any peace process.

The Tigray parties said that after the promise, the Eritrean troops did not withdraw and instead flooded Tigray "in tens of thousands and continue their systematic killings after the announcement."

The Tigray parties said that allowing Eritrean troops to stay longer in Tigray is synonymous to permitting them to continue committing war crimes in the region.

However, multiple sources told The EastAfrican that there is still a heavy presence of the soldiers.

"I must say that neither the UN nor any of the humanitarian agencies we work with have seen proof of Eritrean withdrawal," he said.