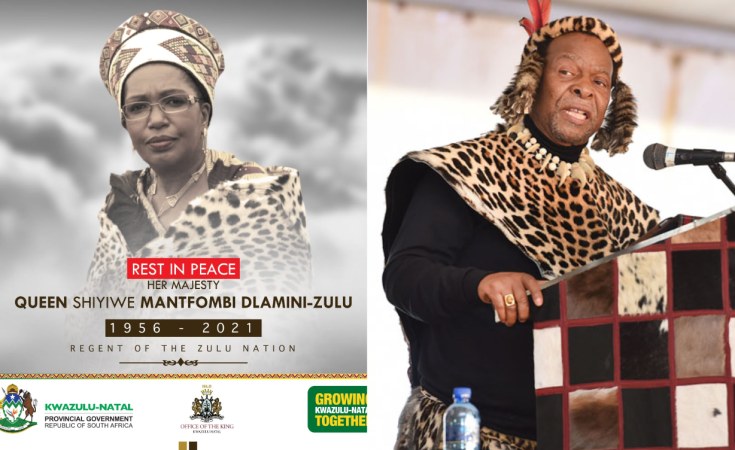 President Cyril Ramaphosa extends his sincerest condolences to the Royal Family and Zulu nation at large at the unexpected passing of Her Majesty Queen Shiyiwe Mantfombi Dlamini Zulu, Regent of the Zulu Nation.

The Regent's passing on Thursday, 29 April 2021, follows that of King Goodwill Zwelithini ka Bhekuzulu on 12 March 2021.

President Ramaphosa said: "Personally and on behalf of government and all South Africans, I offer my sincerest condolences to the Royal Family and the Zulu nation.

"We extend our thoughts, prayers and hearts once more to the Royal Family who, in the midst of mourning the passing of the beloved King, are now called upon to bid farewell to the Regent in sadly short succession.

"We stand by the Royal Family and the nation in this hour of compounded grief."

Previous Story
Tagged:
Copyright © 2021 Government of South Africa. All rights reserved. Distributed by AllAfrica Global Media (allAfrica.com). To contact the copyright holder directly for corrections — or for permission to republish or make other authorized use of this material, click here.