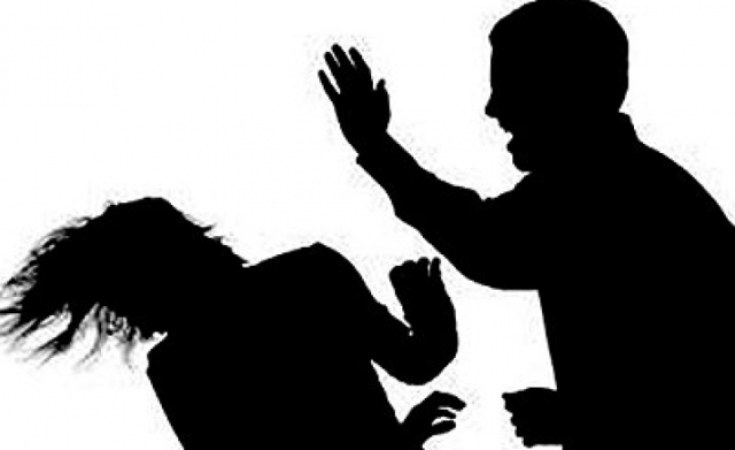 Anna — Maria Holmström, a lady from Finland who has lived in Tanzania for 12 years, is among the people who have made remarkable contribution to ending violence against children and women in the country.

Anna-Maria says Tanzania is on the right track in the FGM fight - given that the numbers are going down. With only ten percent of adult women who have undergone FGM in Tanzania today, Anna-Maria says this is an achievement because it is a significant decrease compared to the previous 18 percent.

According to her, this is one of the highest levels of decrease any country has experienced. She says leaders in the police force, health sector, faith leaders and NGOs working towards ending FGM should be celebrated.

Anna-Maria went to school in Finland, where her father worked as a pastor and her mother as a primary school teacher. They lived in Papua New Guinea for six years and this is where Anna-Maria met her Tanzanian husband, Harold Mgone.

She did her university studies at the University of London's School of Oriental and African Studies, and her Master's at the University of Helsinki in Finland. She completed her thesis in Oltepesi, a Maasai village in Kenya, where she looked at how climate change was impacting women and men differently, determined by the gender division of labour.

"I am thrilled to be able to continue my work in supporting efforts to end violence against women and children including FGM - this was also my focus at UNFPA," says Anna-Maria.

When her daughter was born nine years ago, Anna-Maria became passionate about girls' rights on a much more personal level. The mother of two is also inspired by the dedicated and strong leaders that she has met in Tanzania.

"I have loved working closely with female police leaders, like Elice Mapunda, Maria Nzuki, and Faidha Suleiman. I have worked with Faidha on strengthening the Police Gender and Children's Desks, both in terms of the infrastructure and how they operate."

Anna-Maria has also worked with Mary Mshana, who was in charge of the GBV desk at the ministry of Health, Community Development, Gender, Elderly and Children and Dr Grace Mallya, with whom she worked as the ministry developed the first GBV Clinical Management Guidelines, which guide health care providers how to handle cases of violence, including rape. These have now been expanded to include FGM.

"Another motivation for me was when I met Sister Germaine from the Daughters of Charity in Masanga, Tarime. She was running a programme providing alternative rites of passage for girls at risk of FGM. At UNFPA, I worked with Valerie Msoka and the Tanzania Media Women's Association to train journalists in the ethical reporting of violence and FGM. There are countless others that I have worked with that continue to inspire me."

Anna-Maria says the issues that she works on are very challenging and that it is difficult to change mindsets. Women's rights are also sometimes sensitive topics and the sensitivities do not just vary between country to country but also between regions. "For example, in 2019, I led the support to the government of Zanzibar in the design of a campaign against GBV, there are issues there that are very different to those in Tarime."

However, Anna-Maria says by learning to listen, it is possible to make headway. But it can only be possible if the leadership in all these processes is local. "It is absolutely necessary that we support local institutions and the NGOs within communities to do this work".

Anna-Maria says being able to support and connect different actors working to end female genital mutilation is an achievement for her. She applauds the police in Tarime-Rorya for doing a wonderful job to prevent FGM, working closely with community groups.

"In my time as lead on UNFPA's support to the government and CSOs in this field, I was pleased to see how the movement was growing. In 2018, I worked with the ministry of health as the UN focal point and arranged the first National Dialogue on FGM, child marriage and teenage pregnancy." She adds: "We held a three-day dialogue to discuss what is working and what is not, to end these phenomena - it was the first-time people came together from all different walks of life and committed to work together."

Woman asked Anna-Maria what the situation is like in Finland. She said "Finland is known for a high level of equality and for example our education system. But no country has achieved perfection. Despite a high level of gender equality, violence against women is strikingly common."

Her grandparents on both sides come from a small religious community in the north of Finland where women are expected to remain quiet in church. They are not allowed to wear makeup, colour their hair or watch television. Her parents stood up against the social norms of their respective families but to do that, they had to permanently leave their community.

"We always also need to recognise that while progress is being made, we have different pockets everywhere, where women's and children's rights are not valued; they are worth less. I really love the mantra of "leaving no one behind", because I really see that we can make huge progress if we invest in the people that are currently the furthest behind."

To win the GBV fight, Anna-Maria says we all must celebrate the people around us who have the courage to stand up against injustices. When girls see these changemakers on the television, hear them on community radio, see their teachers celebrating them, they too will have the courage to follow a path that is safer and more empowering for them, says Anna-Maria.

She says even if we don't have the courage to stand up against injustice, we can always support those that do, somehow, in some small way. Make them more visible. She says we can also create a movement. Introduce people to each other. If you are a funder, invest in coalition building and collective action. And systems strengthening. Are systems serving the groups that are most marginalised? If not, what could help? A brochure in braille? There are still many areas where investments are needed.

She urges men to chine in the movement by starting in their homes. She says fathers are also role models and they have to be engaged in raising the children.

Anna-Maria appreciates influential men who support women such as Bishop Michael Mzonganzila in the Mara Diocese of the Roman Catholic Church who invited Daughters of Charity to start the now significant movement against FGM in Masanga, Tarime. She also mentioned ELCT's Bishop Jacob Mameo Ole Paulo who worked with Maasai leaders and communities in Morogoro to declare an end to FGM. Also on the list is Claud Henry who coordinates the Gender and Children's Desks in Tarime-Rorya, who ensured that the Ujirani Mwema meetings with Kenya Police moved their discussions from cross-border cattle theft to FGM cases that had been complicated by perpetrators or victims crossing the border.

Kenya's Economy Joined at The Hip With China - Report
Education