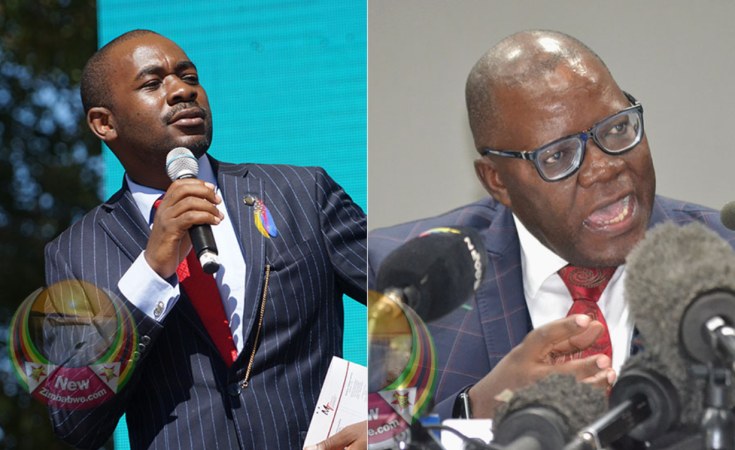 In a tweet weekend, the Zengeza legislator said he had it, in good authority that Zanu PF was planning to lift the age threshold of any presidential hopeful to a minimum of 52.

On the other hand, Sikhala said, Biti could be disqualified by a planned law that would bar any citizen who invited western imposed sanctions on the country to contest any poll.

"Good people, ED's regime is plotting to amend the Constitution and the Electoral Act once more again to peg the presidential age to 52.

"Their target is the People's President Nelson Chamisa and myself. Tendai Biti will be barred via a provision to be inserted in the Patriotic Bill," Sikhala wrote on Twitter Sunday.

He added: "These are intelligence sources tip-offs. This information is just to alert the public about the heinous plots against our party."

The opposition says Mnangagwa was using some dirty tactics that include manipulating the courts and laws to try and extend his rule beyond 2023.

Critics say the 77-year-old Mnangagwa feared his younger opponents' poll challenge and was burning the midnight candle to try and smother their continued threat.

In an interview with NewZimbabwe.Com sometime in March, Zanu PF chief whip Pupurai Togarepi said Chamisa and Biti should be blocked from occupying any public office because they had campaigned for sanctions against Zimbabwe.

"I am not a lawyer, but it will be ideal if the law could apply in retrospect for such traitors," he said.

"This can console the majority of our people who have suffered under these sanctions that were largely a product of lobbying by people like Biti, Chamisa, and their cohorts.

"If the law says so, they will be barred. This depends on the provisions of the Patriotic Act. If I was the drafter, I would definitely ensure the law censors enemies of the State," he said.