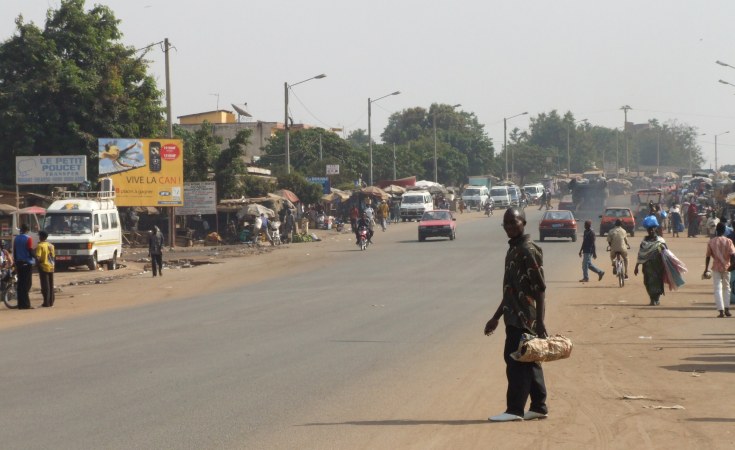 LIBERIA AND IVORY COAST HAVE both had bouts of civil unrests, civil war and chaos.

CIVIL CONFLICT in the Ivory Coast which lasted from September 19, 2002 - March 4, 2007 was triggered by a law quickly drafted by the government and approved in a referendum immediately before the elections of 2000 which required both parents of a presidential candidate to be born within Ivory Coast. This excluded the northern presidential candidate Alassane Ouattara from the race.

IN LIBERIA, the first conflict from 1989 until 1997, killed about 250,000 people and eventually led to the involvement of the Economic Community of West African States (ECOWAS) and of the United Nations.

THE SECOND BEGAN in 1999 when a rebel group backed by the government of neighboring Guinea-Liberian United for Reconciliation and Democracy(LURD) emerged in northern Liberia. In early 2003, a second rebel group, the Movement for Democracy in Liberia(MODEL), emerged in the south, and by June-July 2003, then-President Charles Taylor's government controlled only a third of the country. The capital Monrovia was besieged by LURD, and the group's shelling of the city resulted in the deaths of many civilians. Thousands of people were displaced from their homes as the result of the conflict.

ON AUGUST 18, 2003, The Accra Comprehensive Peace Agreement was signed by the warring parties, marking the political end of the conflict and beginning of the country's transition to democracy under the National Transitional Government of Liberia which was led by interim President Charles Gyude Bryant until elections in 2005 that brought Ellen Johnson-Sirleaf to power.

QUITE RECENTLY, Ivorian authorities shot and killed three men believed to be Liberians in the capital city, Abidjan, after they reportedly attacked a military base.

ARMS AND AMMUNITION, machetes, Liberian passport and identity cards, driver's license, were retrieved from the men who are now believed to be mercenaries hired to topple the Alassane Ouattara government.

THE LIBERIAN government through its Ministry of Information, Cultural Affairs, and Tourism confirmed that the assailants were Liberians and expressed concerns over the incident. "Passports and other documents purportedly belonging to the assailants which depict Liberian nationality were put on display by Ivorian authorities," the ministry confirmed.

LAST WEEK, Liberia pledged to prevent rebel attacks from its territory on neighbouring Ivory Coast. "The government of Liberia is deeply concerned over an incident where some men believed to be Liberians launched an armed attack on a military barrack in neighbouring Cote d'Ivoire," Information Minister Ledgerhood Rennie said on Friday, citing the documents purporting to show they were Liberian.

THE ATTACK ON THE MILITARY CAMP came three weeks after rebels killed three members of Ivory Coast's security forces in attacks on the country's border with Burkina Faso.

ALTHOUGH NO GROUP has claimed responsibility for those attacks, the region appears to be jittery about the potential for conflict.

ALREADY, THERE are concerns that recent rebel attacks in the Sahel, which sprang up in northern Mali in 2012 before advancing into Niger and Burkina Faso, could spread into countries on the coast of the Gulf of Guinea.

THIS IS WHY MANY regional stakeholders are keen to see Liberia, Ivory Coast and countries within the sub-region do all they can to curb the wave of recent incidents likely to serve as a lightning rod for chaos.

IT IS NO SECRET that the nature of violence has changed significantly in West Africa since independence with Ivory Coast, Liberia and Sierra Leone offering chiling lessons in resilience.

THE INCIDENT leading to the killing of those three Liberians last week is clearly a cause for concern, especially coming on the heels of disputed elections in which many believed President Alassane Ouattara should not have been on the ballot.

OUATTARA, had already served two terms. His controversial third term bid secured through a legal loophole, has led to a bitter rejection from the opposition thereby risking peace in not just Ivory Coast but the entire subregion.

MANY REGIONAL OBSERVERS believe the crisis in the Ivory Coast is far from over.

THE FACT that the opposition refused to recognize the election results, and violent protests resulted in deaths shows that this are still a bit jittery.

AUTHORITIES IN BOTH Liberia and Ivory Coast must ensure that the proper bottlenecks are put in place to curb situations that could lead to things getting out of control and spilling next door, to the detriment of innocent victims and bystanders.

Peacebuilding - Why It's Hard to Reintegrate Combatants and Achieve Justice 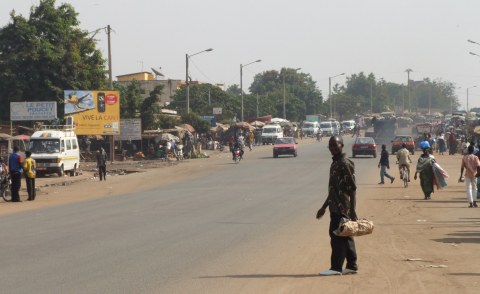 Killings, Arrests After Cote d'Ivoire Presidential Poll - HRW
Tagged:
Copyright © 2021 FrontPageAfrica. All rights reserved. Distributed by AllAfrica Global Media (allAfrica.com). To contact the copyright holder directly for corrections — or for permission to republish or make other authorized use of this material, click here.