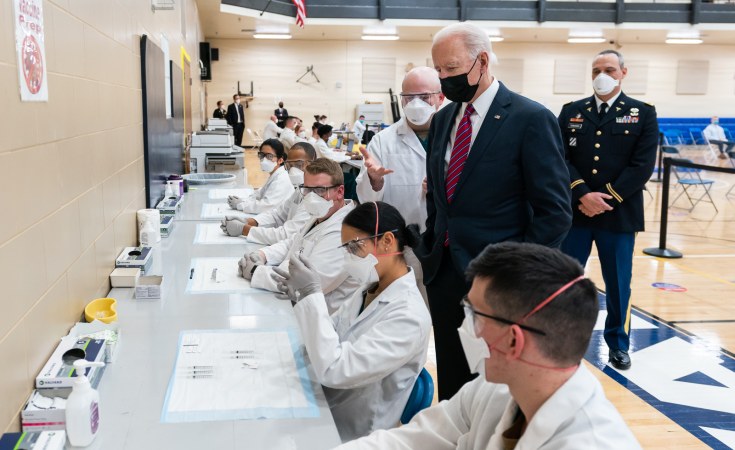 Geneva — Each week for the past 10 weeks we've seen increases in COVID cases.

Last week was one of the worst with nearly 5.7 million new confirmed cases reported and over 93,000 new deaths reported. And, with many communities and healthcare centres in India, Brazil and elsewhere simply overburdened, overwhelmed and under resourced, we are at this critical moment in the fight against COVID-19 and we are face to face with the unanswerable truth that no one is safe anywhere, till everyone is safe everywhere. No country can finally be COVID free until every country is COVID free and, for his repeated and accurate warnings, and his impassioned leadership, I want to praise my friend Dr Tedros and his brilliant staff and all those across the world who, through ACT Accelerator and COVAX are working for vaccine equity. For, while the majority of US and UK citizens have already received one COVID shot: in hard hit India just 10% have been vaccinated. And, months since the vaccine became available, less than 1 per cent of sub-Saharan Africans.

And, this is a man-made catastrophe because while it took nine months to reach 1 million deaths when we had no vaccine, in only four months - since we have had a vaccine - we reached two million deaths and in only three months since, three million deaths.

I in 2 vaccinated in much of the west, less than one in 100 in sub-Saharan Africa. By our failure to extend vaccination more rapidly to every country, we are choosing who lives and who dies. I say that the world is already too deeply divided between rich and poor to allow a new, unbridgeable divide to become entrenched between the world's vaccinated who live and the unvaccinated who are at risk of dying.

And it is not only the poor who suffer, all of us do. The longer poorer countries go unshielded, the more the disease will continue to spread, mutate and threaten not just poor countries, but rich countries too, including the already vaccinated. So this is a global problem that needs the globally coordinated solution Dr Tedros has just mentioned: to protect ourselves locally we need to act globally with a concerted and immediate push to mass vaccinate the world, underwritten by the richest countries to help the poorest - and not as an act of charity but as a matter of national security, as the best insurance policy in the world.

For the words of President John Kennedy, spoken sixty years ago, ring even truer today that 'if a free society cannot help the many who are poor, it cannot save the few who are rich'.

The miracle that is science has given us multiple vaccines and, assisted by licensing agreements and -I hope- a temporary patent waiver as proposed by the Peoples Vaccine Alliance, manufacturing can be ramped up in every continent. But I want to address the biggest question the poorest countries still have no answer to: who will pay? The cost to a low income country is prohibitive – the double vaccine at US$10 can be an entire week's income for a family but for the richer countries, the bill for mass vaccinating the world and ensuring access also to tests and treatments is affordable: a total of around US$30billions a year, if spread across the richest countries - just twenty five cents a week per citizen – and it is money we cannot afford not to spend. For mass vaccination is not just an epidemiological and ethical imperative, it is an economic imperative for if the cost of vaccines is in billions the overall savings are in trillions -trillions of additional economic output made possible as trade resumes in a COVID free world. Helping vaccinate the rest of the world will cost America up to US$ 7billions a year (less than 0.5 per cent of the cost of its US$ 2trillions in economic stimulus) and yet, the resumption of trade and economic activity that a virus free world makes possible in 2021 alone will be worth ten times as much to America.

I want to pay tribute to the ACT Accelerator and COVAX which has raised US$14.1 billions for tests, treatments, vaccines & PPE; signed up 190 countries to COVAX; mass secured nearly 2 billion vaccines for the 92 poorest countries and sends a message that when it comes to preventing loss of life that we cannot rely on charity alone but need a systematic plan that does not force us to choose between who lives and who dies.

US$60billions, which is not only to cover vaccines, research, production and distribution to 92 lower income countries but help pay for vital medical supplies including diagnostics and medical oxygen currently and shamefully in short supply in India and elsewhere as Every Breath Counts has shown.

Based on ability to pay -a formula that takes into account national income, current wealth and benefits from the resumption of trade, America would pay 27 per cent of the costs Europe 23 %, the UK 5 %, Japan 6%, Korea Canada and Australia 2%, I say to the G7 the forum that on June 11, six weeks from now, brings together the world's seven richest countries: you have the power and the ability to pay for nearly two thirds and secure a historic breakthrough by agreeing an equitable burden sharing formula for global health provision - expanding IFFIm with grants for low income countries and creating guarantee based facility for middle income countries that will maximise the availability of resources in future years.

I say to the G20: with your leadership, we can cover over 80 per cent of the costs and you have the means to urgently donate vaccine doses to cover the gap in supply.

I say to the richest 30 countries in the world: you can cover almost 90 per cent of the costs.

And the same burden sharing formula can also be applied so that instead of the familiar pandemic cycle of panic now and neglect later, the world invests now when there is a cash shortfall and for the future in pandemic preparedness, as Helen Clarks WHO review will highlight, to ensure that even if future outbreaks happen pandemics become preventable.

And I say directly to the leaders of the World Bank and all multilateral development banks and to the IMF: your responsibility is also now clear - we the shareholders instruct you to ensure low and middle income countries can invest in building their currently understaffed and under resourced primary health care systems that are now at breaking point and I say to these countries: respond now to the invitation this week from the WHO to submit national capacity building plans so we can ensure delivery of vaccinations and treatments without it being at the cost of health care all round.

And I promise Dr Tedros and all the world's health workers selflessly laboring night and day to save lives: In the next few weeks you will have support from the leaders of Asia and Africa and Asian and African civil society demanding the G7 act; from economists showing that we cannot afford not to act; from medics and scientists demanding the G7 deploy its wealth to end the disease; from people all over the world  just as the LA concert Global Citizen did last night demanding the world now come together at this moment of great peril to save lives.

And I say to all with the power to change our world for the better: time is short: we must act in days rather than in months. Let us not repeat the mistake of the first wave of the disease when the world's failure to cooperate across borders contributed to the loss of 3m lives.

Martin Luther King spoke of the fierce urgency of now, reminding us that in a crisis there is 'such a thing as being too late'. A crisis like this he told us 'is no time for apathy or complacency'. But 'for vigorous and positive action'. And we need that now -starting immediately with every country's health workers, the elderly and other priority populations – let us secure vaccines, tests and treatments for all and let us begin to reunite our fractured world. 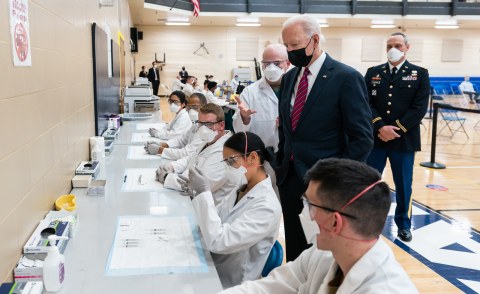 Could Lessons from the Covid-19 Response Boost HIV Research?
Tagged:
Copyright © 2021 World Health Organization. All rights reserved. Distributed by AllAfrica Global Media (allAfrica.com). To contact the copyright holder directly for corrections — or for permission to republish or make other authorized use of this material, click here.