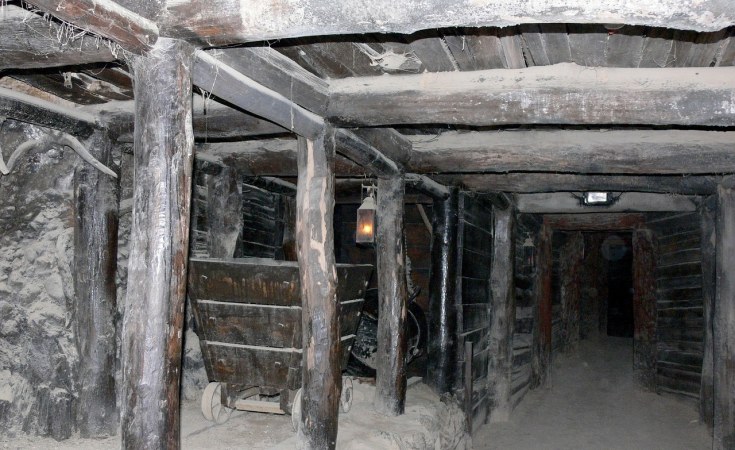 Blantyre, Malawi — Malawi's President Lazarus Chakwera has announced plans to reform the country's mining sector to boost the economy and crack down on rampant, illegal mining and mineral smuggling. Chakwera said, if properly regulated, mining could play a major role in Malawi's economy, currently one of the poorest in Africa.

Malawi's president, in a national television address late Sunday, said a well-regulated mining sector has the potential to develop the country's economy.

Lazarus Chakwera noted that despite a lot of mineral resources in Malawi, the sector has faced exploitation not only by foreigners but also local miners.

He gave an example of uranium mining activities in the Kayelekera area of northern Malawi, run by Australia-based company Paladin Africa, which he said did not yield the desired results.

"Although the Kayelekera sandstone uranium deposit was discovered during Malawi's first presidency in 1982, six presidencies later our country has nothing developmental to show for it, not even in the Kayelekera community itself," said Chakwera.

Chakwera said Malawi has issued over 250 mining licenses but has no proper mining industry or returns to speak of.

Minerals found in Malawi include uranium, gold, bauxite, coal and phosphates. The country has a proliferation of small-scale miners - most of whom are operating without a license.

In 2018 Malawi police and soldiers cracked down on a gold mining site outside the capital, Lilongwe, that was attracting foreign buyers from neighboring countries. They burnt down the mining site and shacks and also arrested some illegal miners.

Percy Maleta is the chairperson for Nyasa Mining Corporative in the capital Lilongwe. He says the minerals being mined do not generate any revenue for the country.

"We have a sector which doesn't pay tax especially with the gold rush where we are losing a lot of land to unprofessional type of mining," said Maleta. "When we are exporting these stones, very few stones go through the system. I wouldn't ever be surprised to say that it is less than 10%. Most of our stones are being taken outside Malawi through unchartered routes."

He says there is greater need to bring sanity into the industry so it can replace tobacco as Malawi's main source of foreign exchange.

He told a local radio Monday that Malawi has enough laws to regulate the mining industry but the problem is implementing them.

"As a country we have a very strong Mines and Minerals Act," said Chilenga. "Implementation is not taking place. If the act was implemented illegal mining would not have been there. We have mine all over. We don't have to regularize illegal mining. We should have contained according to the law. So, the government is failing to implement the existing laws which parliament passed which are the biggest problem."

In his speech, President Chakwera said the ministry of mining will work with the police to curb illegal mining and smuggling activities.