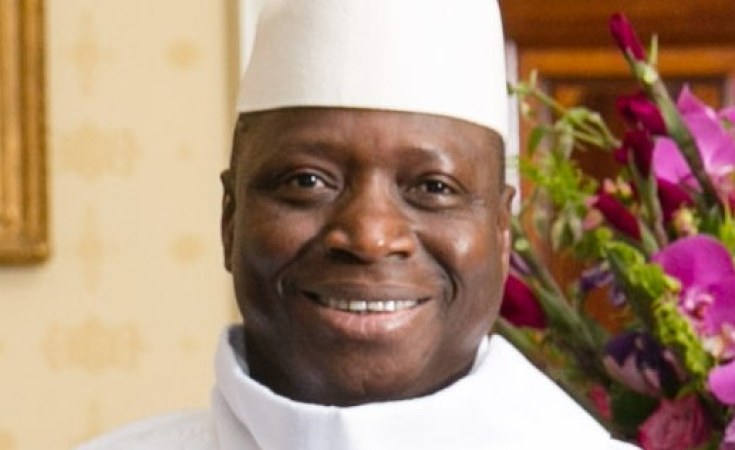 Exiled former Gambian president Yahya Jammeh has vowed to return to the country.

In an audio where he addresses a member of his Alliance for Patriotic Reorientation and Construction (APRC) party, the former president laments an alleged lack of leadership by his successor Adama Barrow. He blames President Barrow for insecurity in the country amidst reports of increased cased of armed robberies and homicides.

Mr Jammeh insists that Mr Barrow's administration must respect a communique that led to his stepping down in 2017 after a brief political impasse that resulted from his refusal to concede defeat in the presidential elections earlier.

Mr Jammeh, a former military lieutenant, first assumed power in a bloodless coup in 1994. He would go on to transform himself into a civilian and contested and won four elections, all of which were disputed. His 21 year reign was characterised by alleged human rights violations.

In December 2016, a coalition of political parties eventually succeeded in defeating him. After initially conceding, Mr Jammeh quickly retracted, citing irregularities in the elections he presided over.

He was forced to leave the country in the face of advancing troops from the regional Economic Community of West African States (Ecowas). He has since been living in Equatorial Guinea.

However, in his audio, Mr Jammeh dismissed suggestions that he was forced to leave under pressure, noting that he left because he wanted to go on leave and based on the agreement the incoming government signed with Ecowas.

He stressed that his party must make sure that the government respects what had been signed.

"It's only the almighty Allah that can say only Yahya Jammeh's dead body can come to Gambia. But by the grace of Allah, I am coming back," he vowed.

He offered prayers for the country which he said was being punished for abandoning God. He also criticised the clergy for failing the nation.

"Allah is showing us that we deviated and abandoned our religion and religious leaders are afraid of telling the truth. Now people are dying worse than rats. Even frogs were safer under my government," he said.

The former president added that while women were dying as a result of complications from labour during his time, the rate of maternal mortality had reached unacceptable levels under his predecessor.

But he assured that all that would soon come to an end, without providing details about his intended return.

Ms Jammeh's departure at the time was seen as necessary to maintain the peace of mainland Africa's smallest nation, which had been reeling on the brink of unrest. While those concerns still linger, his supporters say as citizens he has the right to return.

Others, particularly human rights campaigners, agree that he can come but that they would want to see him answer to allegations of human rights violations that include extrajudicial killings, abuse of office, as well as financial crimes.

But this latest audio comes amidst speculations over Mr Barrow's alleged intention to strike a political coalition with Mr Jammeh's party.

Gambians are expected to vote this December for the first time since Mr Jammeh left. And Mr Barrow is hoping to remain in power after the disintegration of the coalition that brought him into power.

This week, the president hosted a group of ex-MPs from the former president's party at State House, much to the disappointment of critics and campaigners who say the move is further indication of the president's intention to betray the expectations of victims of Mr Jammeh's 21-year rule for his political future.

'Jammeh Leaves a Legacy of Atrocities for Gambians'

Jammeh's Justice and the Shadow of Bensouda