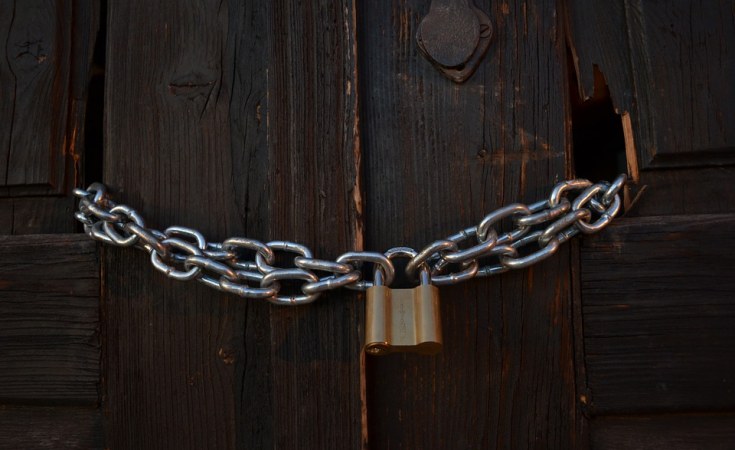 Five months after a series of bilateral talks between the Nigerian government and authorities in Ghana aimed at addressing the nearly a decade-long controversy that led to the closure of Nigerian traders' shops in Ghana, the issues have not been resolved.

Dozens of shops belonging to Nigerians are still under lock and key; while most of the owners are stranded. Some of them said they beg to feed even as many of them remain reluctant to come back home despite a window created by the federal government to facilitate their safe return.

The centre of the lingering controversy was a $1 million levy imposed on Nigerian traders and other foreign investors to pay Ghana Investment Promotion Centre (GIPC), before the shops would be opened.

The conditions set by the Ghanaian authorities had triggered a debate in Nigeria and within the African sub-region, which many considered as a breach of ECOWAS' trade protocols.

After receiving a formal complaint from its citizens, the Nigerian government set up a ministerial committee to find a lasting solution to the plight of the traders but it appeared not much has been achieved.

The committee was made up of representatives of the ministries of Interior, Trade and Investment, Foreign Affairs and the Nigerians in Diaspora Commission (NiDCOM).

After a meeting with a delegation of the Nigerian traders, the committee resolved to engage the Ghanaian government in every way possible to end the crisis, with a promise to evacuate any trader who may wish to return home.

The President of the Nigerian Traders Union in Ghana, Mr Chukwuemeka Nnaji, said in a telephone interview with Daily Trust that Ghanaian authorities closed forty more shops after the bilateral talks. According to him, Ghanaian authorities made the closure a week to Ghana's general elections.

"To be precise, it happened on November 30, 2020; one week to Ghanaian election. I returned from Nigeria then. As I arrived in Ghana, they came and locked up my shop, and 40 other shops.

"Those shops were different from what I reported months ago to the ministerial committee in Nigeria. Till date, all the shops are locked up.

"The update now is that Nigerians' shops are still closed and the authorities are warming up to close more," he said.

Nnaji said during his delegations' meeting with the ministerial committee, they were assured that Nigerian and Ghanaian governments would negotiate with a view to finding a lasting solution to the problem.

On whether the government is making efforts to return some of the stranded Nigerian traders, he said, "If the only option Nigeria has is to evacuate us from Ghana, I think it's well and good because we must leave Ghana for a reason and that reason is that Ghanaians don't want us to trade in their country. We have not committed any sin. We have registered our businesses and we are paying taxes.

"Ghana is not like Nigeria; here, we pay taxes in millions of naira equivalent. Last year, they gave me an 11,000 Ghana cedis estimate, almost a million naira. A working permit is $500 while a resident permit is $400.

"Ghana's law does not stop foreigners from trading. There is nowhere the law says that, but they just formed it (a new rule) and are using it to colour us blue. And, I'm surprised that the government of Nana Akufo-Addo is supporting such things."

On the impact of the intervention by the ECOWAS parliament, he said, "Back in 2010, ECOWAS came and told Ghanaian officials that they do not have the right to sack Nigerian traders because we have the same citizenship as ECOWAS member states. But Ghanaians don't care about that."

Also speaking, the Secretary General of the Nigeria Union of Traders Association, Ghana (NUTAG), Comrade Evaristus Chukwuduruo Nwankwo, said: "The update on our situation here in Ghana is that the local traders are unrelenting in their agenda of chasing Nigerian traders away from Ghana, especially where they seem to have any little competition.

"As we speak, the over 250 shops locked on December 2, 2019, July 2020 and December 2020 have not been opened. In fact, some landlords who are working with GUTA have forcefully taken some shops back even when rents have not expired."

'Our members are now beggars'

Speaking on the living conditions of his members since 2019, Nwankwo said: "A lot of people have turned to beggars. We have lost a few of them who could not afford to manage their underlying sicknesses like diabetes.

"The Charge de Affair at the High Commission of Nigeria in Accra, Madam Esther Arewa, sent her widow's mite in cash and kind to us and we are grateful to her. It was her personal donation and not from the government of Nigeria I must emphasise."

President of NUTAG, Chukwuemeka Nnaji, also said their shops have remained closed months after the visit of the Speaker of the House of Representatives, Hon. Femi Gbajabiamila, followed by the stopover made by Vice President Yemi Osinbajo.

"Currently, Ghanaian traders are asking for our shops so they can take over. Many of our members have lost their shops.

"We left Abuja with high hopes and extensive assurance that things will be better, but six months after, Ghanaian authorities continue to close more shops."

We're working with our traders - FG

When contacted on the position of the government on the plight of traders in Ghana, the spokesman for the Nigerians in Diaspora Commission (NIDCOM), Abdulrahman Balogun, said the ministerial committee set up is working closely with the traders.

Balogun said that after the traders met the ministerial committee last December, the federal government promised to facilitate the return of those willing to come back to Nigeria.

"It's about four months now, but the traders are yet to take the offer," he said.

Daily Trust recalled that the Minister of Foreign Affairs, Geoffrey Onyeama, had last year summoned Ghana's Chargé d'Affaires to Nigeria, Ms Iva Denoo, with whom he discussed the closure of the Nigerian-owned shops in Accra with a view to addressing the issue.

Onyeama described the action taken by the Ghanaian authorities as politically motivated. But his Ghanaian counterpart, Shirley Ayorkor Botchwey, countered his allegation, insisting that the crackdown was on illegal foreign retail businesses in Ghana.

Botchwey, described in a tweet by Onyeama, tagging Ghana's policy on retail business as a politically motivated move as 'most unfortunate'.

She said the Ghanaian government did not target any particular nationality in the exercise. "Countries sometimes take tough decisions in order to enforce their laws, just as Nigeria took a decision to shut its borders to prevent smuggling, despite its impact on ECOWAS member countries," she had said.

Also, the Speaker of the House of Representatives, Femi Gbajabiamila, and the current Speaker of the Ghanaian Parliament, Mr Albert Bagbin, had had a zoom meeting on April 2, 2021, in a bid to find lasting solutions to the trade dispute involving the Nigerian traders in Ghana.

Gbajabiamila updated his counterpart on his visit to Ghana towards the end of 2020 in an effort to douse tensions and extract commitments from the Ghanaian government over the trade dispute.

"I look forward to working with you. There are a lot of issues for both our countries that I think through parliamentary diplomacy and back-channel discussions, we can resolve for the people of both countries.

"I'm sure you are aware of a couple of them, including the relationship between Ghana and Nigeria in terms of our traders and residents over there and yours over here too," he had said.

Gbajabiamila said there are two issues that are critical in this moment like the relationship between Ghana and the Nigerian traders and the issue of CoSAP and many more issues as they go along.

On his part, Bagbin said he welcomed the idea of having a better relationship with the Nigerian Parliament and that he was ready to reciprocate the Nigerian Speaker's visit so that they would discuss issues.

"I am sure other African countries are looking up to Ghana and Nigeria to show the way and I'm sure that with your immense experience and what I have gone through over 19 good years in parliamentary diplomacy, I am sure that there will be nothing that we will not be able to surmount."

Apart from the $1m levy by the Ghanaian authority that has put Nigerian traders in trouble, many analysts look at seizure of Nigeria mission property that breached the Vienna Convention and incessant hostilities towards Nigerians as a sort of retaliation.

President Muhammadu Buhari had closed Nigerian borders, which affected many businesses within and outside the country. Land borders were shut at Seme, Illela, Maigatari, Magama and Nfun in August 2019 - a move the federal government attributed to increased smuggling of arms and agricultural produce.

At that time, Nana Akufo-Addo, the Ghanaian President, appealed to President Muhammadu Buhari to consider Ghanaian businesses affected by the policy.

Despite efforts by Nigerian authorities to negotiate with Ghana, the Ghanaian Minister of Information, Kojo Nkrumah, said the $1m trade levy and other regulations imposed on Nigerian traders in Ghana are justifiable.

Nkrumah reacted to a statement by the Nigerian Minister of Information and Culture, Lai Mohammed, that 825 Nigerians were deported from Ghana in one year.

Mohammed had also said Nigeria was worried by attacks and harassment of its nationals and the progressive acts of hostility towards the country by Ghanaian authorities.

However, Nkrumah had further accused Nigerian traders in Ghana of trade violations which, he said, included "tax evasion, immigration offences, trading in substandard products, violation of the Ghana Investment Promotion Centre law, improper registration of firms, under-payment of business operating permits, falsification of documents, among others."

A diplomat, who does not want his name in print, said while there was the need for additional diplomatic efforts to resolve the problem, Nigeria must redefine its relationship with its neighbours.

"For now, it is only in Nigeria that people from neighbouring countries are treated like kings and queens... Once they step into the country, they become citizens and enjoy all privileges.

"I'm not exaggerating but the truth is we have more Ghanaians and citizens of other countries here than Nigerians in those countries. It's unthinkable to ask a trader to pay $1m because you are talking about nearly half a billion naira.

"I pity our people in Ghana because they're afraid of coming back home because of the fear of the unknown. Our government should secure the country so that we would be making case for our people from the position of strength," he said.