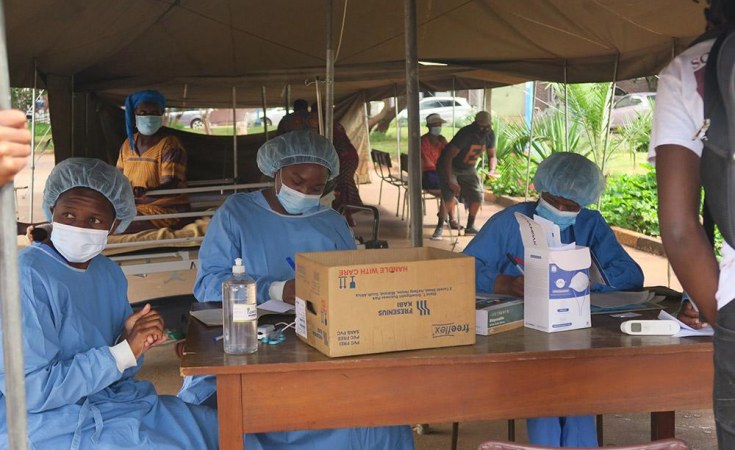 Zimbabwe continued to record a steady influx of refugees from across Africa despite the closure of borders for the past one year due to the outbreak of Covid-19, according to new figures from the UN Refugee Agency.

The 236 new arrivals at the Tongogara Refugee Camp recorded from February 2021 to date have left the United Nations High Commissioner for Refugees (UNHCR) worried about the threat of Covid-19 among asylum seekers in Zimbabwe.

Most of the arrivals were from the Democratic Republic of Congo (DRC) at 196, Mali (29), Burundi (seven) and Cote d'Ivoire (two).

The Tongogara Refugee Camp has recorded 16 Covid-19 cases since the outbreak began last year and nine of the cases were new arrivals.

"The new arrivals coming from across several borders are a potential threat to the refugee population already living in the camp, which is a relatively secluded place," UNHCR country representative Abdouyale Barry said in a new report.

"In all, nine new arrivals have tested positive for Covid-19 since March 2020 to date.

"They are thus being treated as any other Zimbabwean citizen in terms of access to Covid-19 vaccines, testing and treatment," he said.

"As such, refugee health staff were vaccinated along with other Zimbabwean health staff during the first phase of vaccinations.

"Frontline workers, including staff are also being vaccinated."

The threat of Covid-19, however, remains high as the Tongogara Refugee Camp is already overcrowded, says another new report by the African Centre for the Constructive Resolution of Disputes (Accord).

"Although measures have been put in place to isolate community members, who return to the camp after visiting Covid-19 hot spots, there is still a danger of the virus being brought into the camp," the Accord report states.

"Some occupants cannot resist the temptation to cross back into Mozambique to visit their relatives.

"The Tongogara community is also overcrowded and thus at greater risk.

"The vulnerability of these (refugees), who already face a humanitarian crisis of displacement due to wars in the region is worrisome."

Zimbabwe is also anticipating an influx of refugees from neighbouring Mozambique as an Islamic insurgence in the Cabo Delgado region becomes increasingly deadly.

In 2017, some 864 Mozambicans, including 265 children, were received at the Tongogara Refugee Camp after Renamo rebels launched an armed offensive against the government.

Thousands more are estimated to have crossed the border into Zimbabwe escaping the civil unrest, and being assimilated by the local communities.