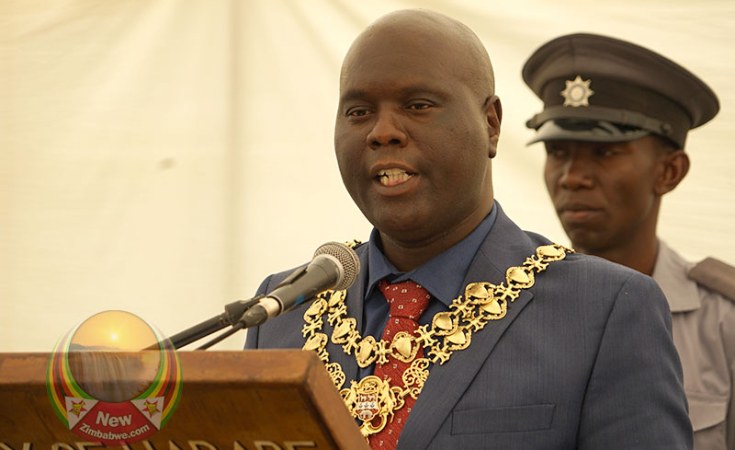 Former Harare mayor Herbert Gomba, who was yesterday granted $20 000 bail on fresh criminal abuse of office charges, has notified the State that he will apply for refusal of further remand if police fail to complete investigations within the next two weeks.

Gomba, who was being represented by lawyer Mr Garikayi Mhishi, made the notification after the investigating officer handling the matter made an undertaking in court to complete the investigations within two weeks.

Gomba was not asked to plead to the charges when he appeared before Harare regional magistrate Mr Stanford Mambanje, who remanded him to May 26.

Prosecutor, Mrs Netsai Mushayabasa alleges that sometime in August 2019, Gomba used his position as Harare Mayor and offered stand No.402 Vainona Township Harare, for sale to Hardspec Investments, which was being represented by Mavis Madzivanzira and Pauline Gutsa.

After viewing it, Gomba allegedly instructed Mr Ndemera to write a recommendation letter for the sale of the piece of land.

It is alleged that Mr Ndemera went to instruct council's finance and development committee chairperson Luckson Mukunguma to hold a meeting for his committee to facilitate the sale of the said piece of land, before tabling it during a full council meeting held on September 5, 2019.

The court heard that the approval for the sale of the stand was made on September 4, 2019 before being tabled during the full council meeting.

Allegations are that the stand was sold at $23 923 340 to Hardspec Investments yet it was quoted for US$2,3 million or equivalent in local currency.

The stand was on a running lease to Mt Pleasant Sports Club up to 2035.

It is alleged that Mt Pleasant Sports Club had right of first refusal in the event City of Harare wanted to sell the stand.

Mt Pleasant Sports Club was given up to September 6 to raise the US$2,3 million to buy the stand in question.

The land offer had been handed to Mt Pleasant Sports Club on the previous day.

It is alleged that Gomba failed to comply with the Urban Council's Act when he offered the stand in question.

The sale of the stand was allegedly finalised on March 27, 2020 with the signing of agreement of sale.

It is alleged that Gomba showed favour to Hardspec Investments ahead of Mt Pleasant Sports Club.