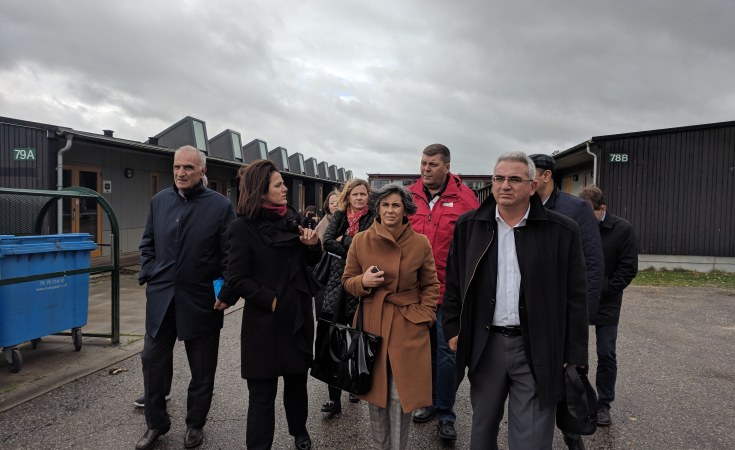 Responding to the news that Danish authorities have signed an agreement with the Rwandan government to enhance cooperation on migration and asylum, potentially to then send asylum-seekers to Rwanda, Amnesty International's Europe Director, Nils Muižnieks, said:

"These proposals take responsibility-shifting of refugee protection by EU governments to a new low, and would set a dangerous precedent in Europe and globally.

"The idea that rich countries can pay their way out of their international obligations, stripping asylum-seekers of their right to even have their claims considered in Denmark, is deeply worrying."

On 29 April the Danish government tabled a Draft Bill to amend the Aliens Act ("Introduction of the possibility to transfer asylum-seekers for adjudication of asylum-claims and accommodation in third countries"). The Bill will be discussed tomorrow at the Danish Parliament.

"This plan comes against the backdrop of the hardening of asylum policies in the country. Almost 400 Syrian refugees are at risk of return to Syria's warzone, after Denmark decided to withdraw their protection status. https://www.amnesty.org/en/latest/news/2021/04/denmark-hundreds-of-refugees-must-not-be-illegally-forced-back-to-syrian-warzone/