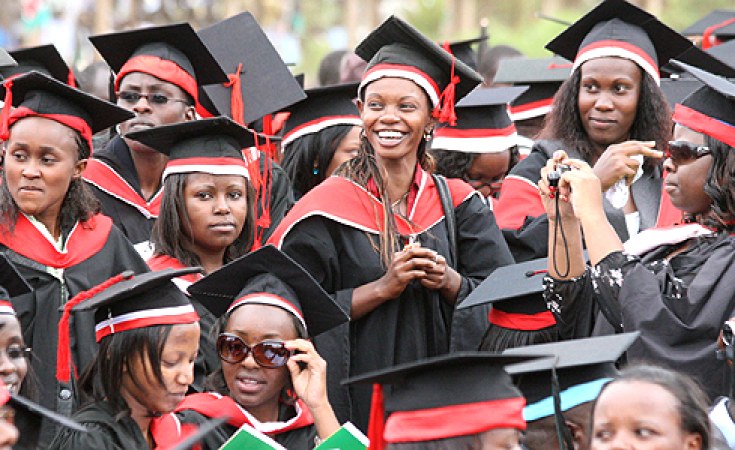 Dodoma — Higher education students now have a reason to smile after the government decided to scrap some of the nuisance charges on their education loans.

Starting July 1, 2021, she said, the six percent charge in value retention to higher education loans beneficiaries will be scrapped.

She said the government was also instructing the Higher Education Students Loans Board (HESLB) board of directors to scrap the 10 percent penalty charged on loan beneficiaries for delayed loan servicing.

The government, Prof Ndalichako said, was allocating Sh500 billion during the coming financial year to finance university education of a total of 148,581 students.

Of the beneficiaries, 50,250 will be first-year ones while the remaining 98,331 will be continuing students.

Students who spoke to The Citizen yesterday exuded confidence that the government was now seriously out to encourage repayment of HESLB loans.

"I'm happy that the government seems to be creating an environment that will encourage one to repay the HESLB loan," said Mr Samwel Ngulinzira, who is a beneficiary of the loans.

Mr George Robert shared similar sentiments, noting that removal of the extra charges will make it possible for students to pay the actual loans.

Commenting yesterday, ACT Wazalendo youth wing chairman Abdul Nondo said it was encouraging to learn that the government was listening, saying it has made decisions on the six and 10 percents in the higher education students loans.

University of Dar es Salaam (UDSM) College of Education's lecturer Luka Mkonongwa said the government has proved that it was now valuing children from poor families.

"In the past, students ran away from loans and found it better to fund studies on their own because it charged interests like those charged by commercial banks," Dr Mkonongwa said.

Debating the budget, legislators proposed major reforms in the country's education to enable graduates to employ themselves in various fields including agriculture and acquire pre-requisite knowledge and skills that will meet expectations of employers.

Singida Urban MP Ramadhan Sima (CCM) said the country needed to revive the country's education system, saying instead of basing on preparing innovators from innovation competitions, our focus should be strengthening technical education in the country.

"The government should increase its funds in research that will answer challenges we are facing and meet expectations of our President. The country should also focus on producing competent Full Technicians who will support and enhance efficient realization of the country's industrial production," he said.

He said the country should hold a national dialogue that will establish the type of education the country wants as well as forming its education advisory council that will advise the President.

Special Seats MP Bernadetha Mshashu (CCM) supported the need for reform in the country's education saying China reformed its education that enabled them to industrialize their country.

"Sometimes in the past, someone woke up in the morning 1997 and suspended Umitashumta. However, it was reinstated after a few years. In the 2014/15 Form Six certificates were graded using the GPA system instead of the normal system of Divisions," she said, insisting that systems should be put in place to protect the country's education.

Kisesa Constituency MP Luhaga Mpina (CCM) said in order to have quality experts who will spearhead the country's industrialization, students should be given enough.

The country needs to develop its own competitive experts, but they are not given time for internship with exception of doctors who are doing fairly well in their fields of internship opportunities.

"Those who are retained at higher learning education for teaching are those who scored A in their exams, but they haven't worked anywhere in the fields," he said.

According to him, the country has many research institutions, noting that however it is unknown how they are coordinated, supporting the idea for strong education reforms.

Ms Grace Tendega (Chadema) said overhauling curriculum as mostly advised required time, saying there were a need to research and establish what was really the country's need whether experts in Agriculture, entrepreneurship or industrial experts in order to come up with actual areas of focus in reforming the country's education.

Mr Jumanne Kishimba (Kahama Urban-CCM) said he supported the idea of reforming the country's education system, noting that whenever education was digitalized, internet café should be established for students from low income families.

He said economics is taught by a professor who hasn't done business, questioning why don't we have books from successful businessmen for the students to learn how they made their fortune?

"A procurement student spent two years at the university. Does he/she really need to spend those years learning how to procure commodities?" she questioned.

He said successful herders, farmers and entrepreneurs could be encouraged and given the opportunities to teach how they succeeded in their areas of expertise to directly impart knowledge to children in colleges and universities.

Outlining areas of priorities, Prof Ndalichako said the government will review the 2014 Education and Training Policy as well as the country's Education Act of 1978 in order to ensure they meet the current demands.

She said the government will also strengthen teaching of skills developing subjects in primary and secondary schools including agriculture, technical subjects, sports, art works and business.

According to her, the government will make thorough monitoring and comprehensive evaluation of curricula in order to ensure teaching and learning is carried according to the qualities and conditions required such as Presence of teachers, textbooks and improved learning environment.

"The government will start reviewing curricula at all levels of education in order to ensure education and training are given the focus of building skills in relation to the present circumstances," she said.